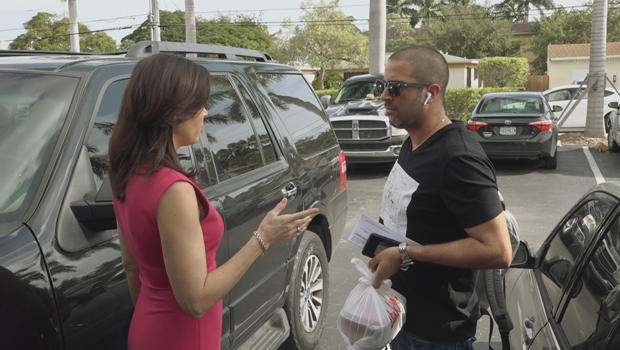 Florida is cracking down on a group of moving companies accused of defrauding consumers around the country. The state's Attorney General filed a civil suit in federal court last month against 14 companies it investigated. The movers face allegations ranging from damaging property to using deceptive marketing tactics and alleged extortion.

Spartan Van Lines is one of 15 aliases one of the companies targeted has used since 2014. The allegations range from using "unskilled, untrained laborers who often damage or steal property," to "holding consumers' property hostage."

"CBS This Morning" looked into the company after reading through scores of complaints from customers who claim their belongings were held hostage until a cash ransom was paid. Many of the people we spoke to say they had no choice but to pay, while others we met are still waiting for their most prized possessions to arrive.

Last June, Dolores Skeen moved across the country for life-saving back surgery. She hired a moving company called Spartan Van Lines to take her belongings from storage in Texas to a one-bedroom apartment in Maryland.

Eight months later, nothing has arrived.

The walls in Skeen's apartment are bare – not even pictures of her late husband or children.

"What do your wedding pictures mean to you?" asked correspondent Meg Oliver.

"Oh my God, everything," Skeen replied. "He's gone now. I have nothing to remember him by. The coffee cup that he used to use that I kept with me, I don't have any of that."

"Are they holding your stuff hostage?"

"Yeah!" Skeen said. "They want more money. To me, that's being a hostage."

CBS News got price comparisons from three highly-rated companies for a similar move; estimates from other moving companies came in between $6,000 and $8,000, well below the $12,000 demanded by Spartan.

In an email, the company told Skeen that if she doesn't pay, her belongings will be sent to auction.

"There's no reason for this, other than people trying to make money," she said.

Her misery is echoed across the country. Angry Spartan customers like Jennifer Taylor Bell, in Illinois, are still waiting for items. Bell told Oliver, "When I said, 'No, I will not give you cash, I will give you the money order,' the man never showed up."

In Florida, Davina Trafagander caved, and paid an extra $7,000 to reclaim her furniture. And when Amanda Peterson's stuff arrived in Arizona, items were damaged beyond repair; the screen of her TV was smashed.

Pennsylvania Senator Dave Argall passed a bill to crack down on scam movers. He said the underground market is hurting legitimate businesses.

"We kept getting complaints about consumers who were being ripped off," Argall said. "Something would be, you know, broken in the move, some old artifact from great-grandma, and of course they found out that while they thought they had hired real, legitimate movers, they had hired bandits."

Legitimate businessmen like Josh Hall, who owns a Florida moving company; he claims that Spartan Van Lines is masquerading under the same name as his company. He told Oliver it's had a "definite impact" on his business.

Hall estimates business is down 50 percent because of the negative reviews generated by the other Spartan Van Lines, a company CBS News tracked down to an office outside Philadelphia. Although the moving company told us their hub and fleet of trucks are located at a Doylestown, Pa., address, all we found there was a mailbox.

More than a thousand miles away, in Hallandale, Florida, Oliver tracked down the company's owner, Joshua Vaknin. He refused to talk on camera, but denied all accusations of fraud.

Meanwhile, in her empty apartment, Delores Skeen is still recovering from surgery, and is facing retirement with no personal belongings, no furniture, and no clothes.

"This is it; obviously I can't work anymore," she said.

"Are you depressed?" asked Oliver.

"Very," she said, getting emotional. "It's just horrible what this company has done to people, and I'm not the only one."

"CBS This Morning" reached out to Spartan Van Lines to help locate Skeen's property. They finally told us her things never left Texas and were in storage. Spartan's owner told us her property won't be released until the remaining balance of nearly $9,000 is paid in full.

To find out if a moving company is legitimate, consumers are directed to a website, moving.org, where they can find out if there are complaints against a firm.

Have a consumer problem? Email tips to CBS News at [email protected] 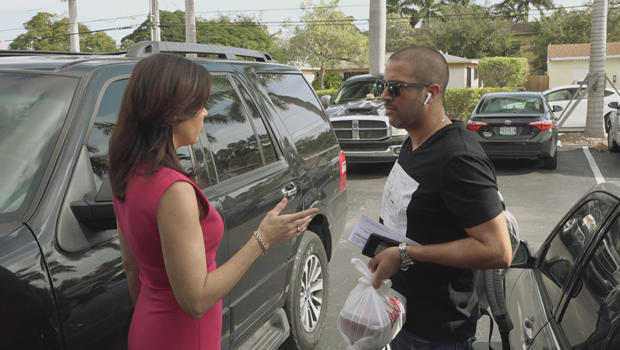 U.S. to expand military presence in Philippines in move to counter...