Paris – Some 10,000 people wearing red scarves marched through Paris on Sunday to protest acts of violence and vandalism on the sidelines of anti-government demonstrations by the largely peaceful yellow vest movement.

The "red scarves" demonstration came amid growing divisions around the 11-week-old yellow vest phenomenon, which has led to rioting in Paris and other cities, exposed deep discontent with President Emmanuel Macron and prompted national soul-searching.

Protesters' damage to the Arc de Triomphe monument in Paris in December was a turning point for many of the counter-protesters at Sunday's march.

"We don't share all the demands expressed by the yellow vest movement, for instance demands about overthrowing the government, brutalizing institutions," Laurent Segnis, a member of Macron's centrist Republic on the Move party, said.

Others lamented their sense that the movement — which appeared in mid-November as a grassroots response to a fuel tax rise — is radicalizing as it approaches February.

Sunday's protesters wore red scarves or bright blue vests as a way to appropriate the yellow vest movement's brightly colored symbol of discontent. The yellow vest protests are named after the high-visibility garments French drivers must carry in their vehicles in case of emergency.

Some 2,000 people have been injured in protests since the movement began Nov. 17, notably as weekly demonstrations in Paris routinely descend into clashes between riot police and participants who throw rocks at officers and set fires in the streets. Separately, 10 people have died in road incidents related to yellow vest blockades of provincial roundabouts and tollbooths.

The yellow vest movement, which includes people across France's political spectrum, sees Macron's government as favoring the wealthy. Many movement supporters dismissed the "red scarves" as Macron stooges, though the president's party didn't officially take part in the counter-demonstrations.

Some 69,000 people nationwide took part Saturday in the 11th week of yellow vest protests, down from more than 80,000 during the previous two weekends, according to the French Interior Ministry. The protests in Paris were scattered, with different groups staging events at different sites.

On Sunday, French police were investigating how a prominent yellow vest protester, Jerome Rodrigues, suffered an eye injury in Paris. Video images show Rodriguez collapsed on the ground Saturday near the Bastille monument, where protesters throwing projectiles clashed with police seeking to disperse them.

Police armed with guns that fire nonlethal rubber balls — ammunition that has seriously injured a number of demonstrators — were equipped with body cameras this weekend for the first time. Officials said the cameras were being used as an experiment to record use of the nonlethal weapons, providing context and eventual evidence if needed. 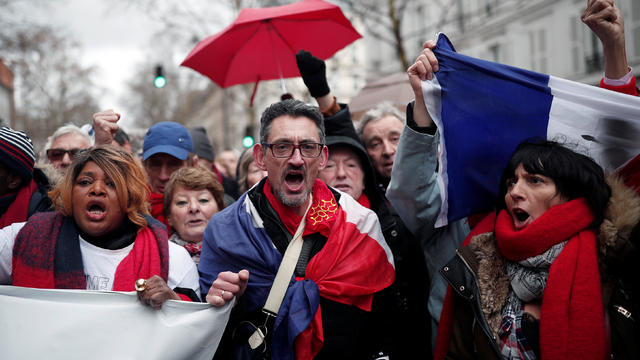 10,000 marched in the city to protest the sometimes violent anti-government demonstrations 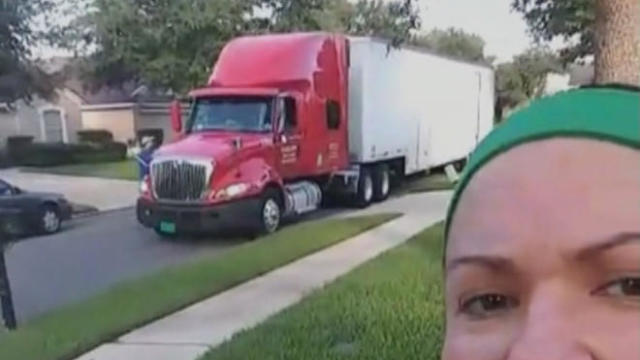 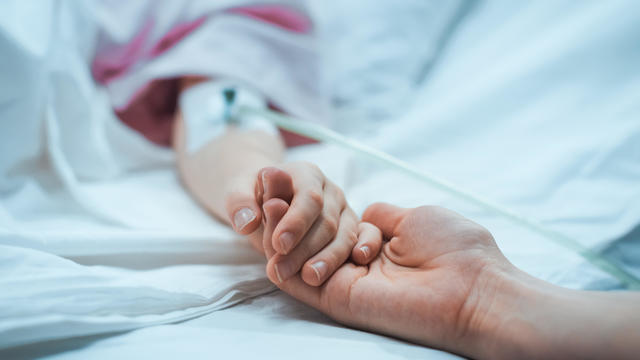 Crushed by medical bills, many Americans go online to beg for help

Some 250,000 GoFundMe campaigns have been set up to raise money for people facing steep health care costs 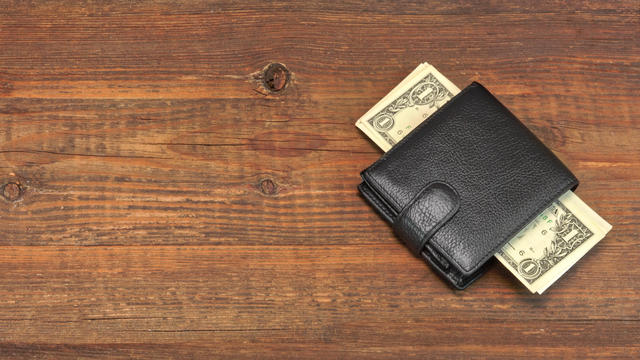 How to manage your cash during crazy markets

You can earn yields of 2% to 4% in safe, federally insured savings vehicles, if you don't mind juggling a few accounts 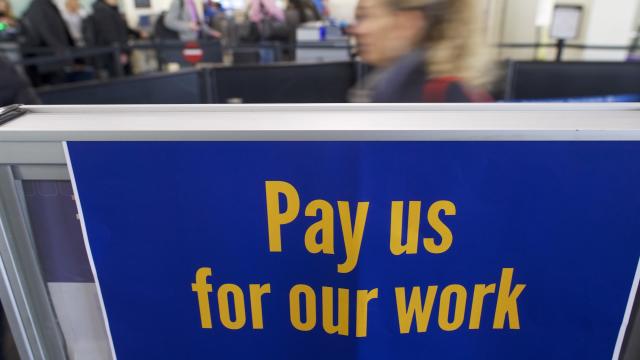 Economy likely to resume steady growth, but some money will never be made up

2 charged over virus outbreak at veterans home where 76 died

California wildfire now “bigger than the city of Denver”