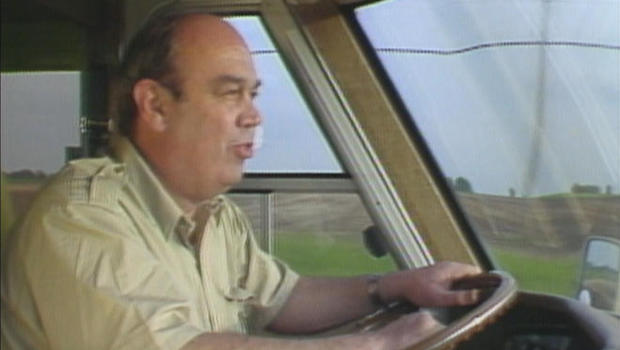 "Sunday Morning" was born, in part, out of an affliction: Charles Kuralt's incurable case of wanderlust. For years Kuralt had headed out "On The Road," sticking to the back roads, which, he observed, "are full of surprises."

On any given Sunday, Kuralt's itinerary could take you from the largest ball of twine in Minnesota ("You don't have to be crazy," Francis Johnson said about saving twine, "but it helps!"), to the historic attempt to unravel Communism in Beijing's Tiananmen Square.

In our 40 years we've tried to maintain that tradition – hoping that each new dot on a map might reveal a new side of ourselves.

We've seen the adventurous spirit of tourists exploring the top of the world, and the determination of freezing scientists researching the bottom of it, too.

We witnessed the wisdom of setting nature aside as we trekked through our National Parks – 59 of them in all, "Walking across sand and soil, from the lowest point in the United States to the base of our highest peak," as Conor Knighton noted.

From the brilliant pastels of Holland's tulips, colors only Mother Nature can paint, we've marveled at the palette of the globe – even the shades of the edge of space in the Northern Lights.

As the heavens go, we haven't gone there, but we've gotten pretty close. A visit to the Vatican might suffice. And we've bathed in the voices of angels, from the Mormon Tabernacle Choir – even joining in the throng once or twice.

The Canary Islands have a song of their own, in a whistle carried on the wind. It's a language born long ago that we learned can be quite a mouthful. (Keep practicing, Tracy Smith!)

We've seen the charm of children on the frigid shores of Iceland, lending their hands to help wayward Puffins take their first flights out to sea.

We encountered some wayward polar bears, too – some a little too close for comfort.

There were more cats than we could count on an island off Japan.

We've sailed the oceans on ships of old, such as the Hermione, an 18th century French warship, and aboard the ships of tomorrow, like the American destroyer USS Zumwalt, which instead of lookout windows now has video monitors.

We've soared above stadiums in the Goodyear Blimp – and hovered over cities with a photographer who preferred his helicopter have no doors. Lee Cowan asked photographer Vincent Laforet: "What's it like when you're leaning out over the edge over the chopper?"

"You forget about it after a while," he replied. And you would, too, with that view:

We've rolled on the rails on the Maharajas Express as it chugged through Northern India.

And we've taken the wheel in vehicles ourselves, of every shape and size, from Charlie D'Agata driving an Aston Martin DB11, to Bill Geist driving a tiny microcar through a grocery store's aisles. "Handles like a dream!" Geist exclaimed.

Along the way we've stopped off at places that caught our fancy, including museums you may not have heard of, like the Elvis is Alive! Museum in Wright City, Missouri; and competitions from one end of our Earth to the other, including the National Pie Championships in Orlando, Florida; the World Beard and Mustache Championships in Portland, Oregon; and the Giant Pumpkin Boat Regatta at Pumpkinfest in Damariscotta, Maine.

For 40 years we've had the privilege of watching the sun set all over the world. The only thing better than its parting rays is knowing the next day we get to set out all over again. 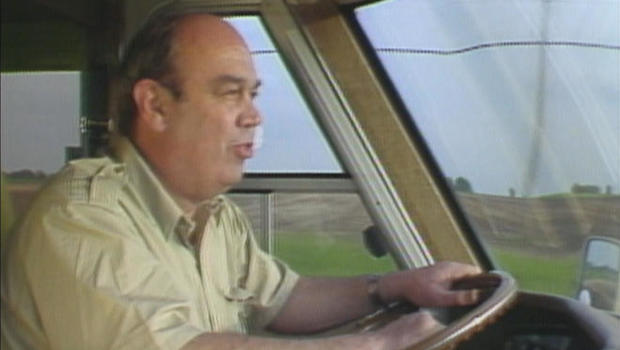 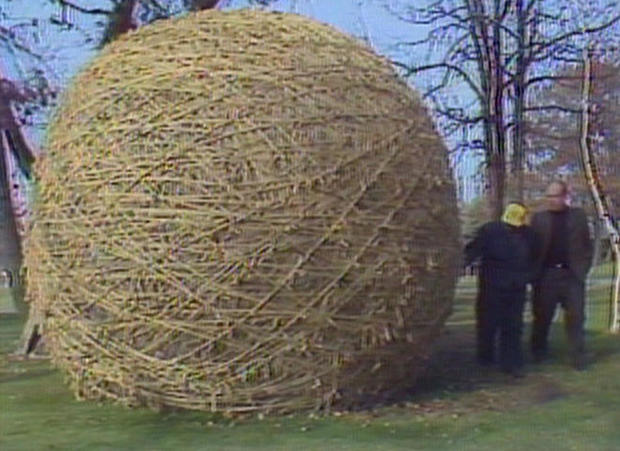 New Jersey councilwoman shot and killed in vehicle outside her home