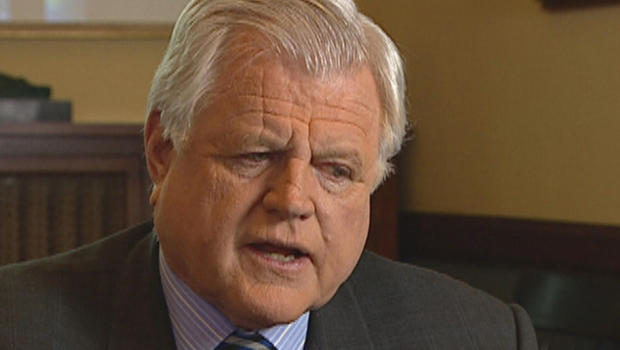 Over the past four decades "Sunday Morning" has been able to bring our viewers interviews with some of the most fascinating people in public life. We always figure if we think they are interesting, our audience is bound to agree.

There were past presidents, like Gerald Ford, who told us in 1983, "Whenever I asked President Nixon, did he have knowledge of, or was he involved in Watergate, I was assured to by him personally, he was not."

In 2006 correspondent Rita Braver asked former President Jimmy Carter, "You've been quoted as saying that you think maybe you've had a better ex-presidency than presidency."

"Well, that may be true," he replied. "Certainly my reputation has been better in the post-presidential years."

There were also future presidents, as when Vladimir Duthiers toured the private plane of then-candidate Donald Trump and commented on the prevalence of gold fixtures, including in the bathroom. Mr. Trump replied, "That was a choice we made, and you know, what tops it? Nothing!"

There was also a first lady who tried to become president. When asked by Jane Pauley how she was faring after her election loss, Hillary Clinton said, "I think I am good. But that doesn't mean that I am complacent or resolved about what happened. It still is very painful; it hurts a lot."

And the pain was apparent as well, when we spoke in 2006 to Senator Edward Kennedy about his brother John F. Kennedy's love for his daughter, Caroline. "He had little games they'd play," the senator said, getting emotional, "and then they'd find a great sense of joy that they shared. And it … it's difficult to talk about."

We've witnessed history through the eyes of those who were there, such as civil rights pioneer John Lewis, who in 1998 took us back to the Edmund Pettus Bridge in Selma, Alabama, where he was brutally beaten in 1965. "At this point," he recalled, "I could see lines and lines of state troopers."

And we learned how spiritual leaders, like the Dalai Lama, experience joy: "Not only on the physical level, but mentally. Peace. Compassion. That's the real joy."

"Sunday Morning" has scoped out prodigies, including a very young Tiger Woods, who told us in 1992, at the age of 16: "I'm not relaxed internally. I'm all pumped up and hyped. I'm gassed."

We chatted with champions, like baseball great Willie Mays in 1979 ("When I went to the ball park I tried to do things a little different sometimes and made sure the fans got their money's worth"); and track star Wilma Rudolph in 1984 ("When I came through, I didn't have a role model. I didn't know that young girls were supposed to run, jump and skip").

In 2014 football superstar Joe Namath revealed one key to success: "Oh, you try to be cool. You try to convince yourself, you know, 'All right, this is just another game, man, and, you know, I'm ready."

And we introduced our viewers to some of the leading literary lights of our time. When Anthony Mason asked playwright Arthur Miller in 2002 how he felt about critics, Miller replied with a laugh, "I love every one of them! I can't get excited about them any more, because I outwitted them or I outlasted them or something."

We met poets like Maya Angelou, who in 1993 said, "When we talk to our God, in whatever language, however we see it, we use poetry."

We learned how titans of business think. When Jane Pauley asked investor Warren Buffett in 2017 how many stomach-churning days he'd experienced on Wall Street, he said, "Not very many, no. If the market is falling or something like that, that's opportunity for us."

We got in the mood with the original playboy, Hugh Hefner, who told us in 2010, "We were there to ignite the flame that became a sexual revolution. I think I take some pride in that."

And we've heard from musicians who defined entire eras, from Paul McCartney when HE turned 64, to James Brown, who told us in 2004, "I said it before and I'll say it again: Black man will never be free."

"Believe that? I'm living it!"

And we learned that even prima donnas worry about getting it right. Opera great Renée Fleming told Anthony Mason in 2010 that "Everybody's a work in progress. I mean, I've never arrived. No, no, no. I'm still learning all the time."

We put the biggest stars of the big screen onto YOUR screen. For example, who knew Tom Hanks has a soft spot for typewriters?On a visit to a typewriter shop with Lee Cowan in 2017, he showed off one specimen: "Isn't that a fine, manly, manly typewriter?"

So many interviews! But for Braver, there are a couple that she will never forget:

Art Garfunkel's self-analysis in 2017:"I know myself to be a creative guy, and I think my profile out in show business is the guy over Paul Simon's right shoulder."

And the irrepressible Shirley MacLaine, in 2008. When Braver asked the Oscar-winning actress how she would sum up her life in a headline, the reporter's cellphone went off with a sprightly jingle. "I'm so embarrassed!" Braver laughed.

But MacLaine started dancing to it, and expressed her headline: "That's fine. I'm a musical comedy performer who dabbles in spiritually and jewelry. Everything will be all right. Ta, da, da, da, da,da!" 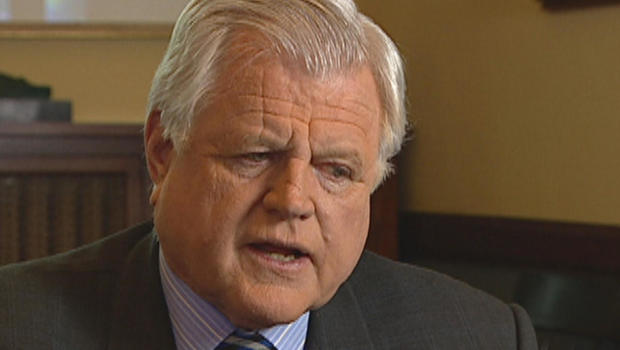