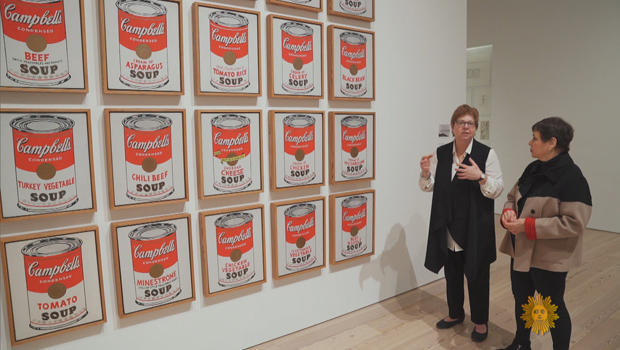 In 40 years, "Sunday Morning" has produced about 1,000 art stories, depending on what you consider art, from potholes and pushpins, to a brush-wielding elephant. We've also done Pablo Picasso a dozen times.

Our very first art story, in February 1979, featured Ellsworth Kelly stating the obvious: "You know, contemporary work is very difficult, I mean, to a lot of people."

In his studio he said, "There's a window up here that shows pine trees and blue sky, and I say, you know, that's like Cezanne."

On "Sunday Morning," we've shown you Cezanne and lots of his admirers, including Matisse, Cassatt, Degas and Renoir. We've gone from Pissarro to the "bizarro," like Jim Bachor's street tiles.

We may not know exactly what he meant, but rooting through our archives, what's really striking is how many of the artists "Sunday Morning" has showcased considered the American condition their subject. For example, Robert Indiana, Grandma Moses; Childe Hassam; Jasper Johns; and Andrew Wyeth:

From the East, and Philadelphia's artful murals, to the West, both Ansel Adams' version then, and now Ed Ruscha's.

We've looked at our country in so many ways – at New York City through Christo and Jeanne-Claude's "Gates"; and Walker Evans' subway photographs; and at Mary Whyte's vanishing South.

And how's this for covering the bases? We've profiled artists influenced by Andy Warhol, like Kehinde Wiley and Shepard Fairey; to artists who painted Andy Warhol, such as Jamie Wyeth; to Andy Warhol himself, six times.

Donna de Salvo is senior curator at the Whitney Museum of American Art in New York City, where a massive Warhol retrospective is underway. She described Warhol's famous "soup can" paintings as "really looking and thinking and really understanding something about this American landscape, American consumerism."

In 1979, the year "Sunday Morning" first went on the air, the Whitney did a show of Warhol portraits which were trashed by the critics. "They kind of crystallized what people always thought about him," said de Salvo. "[They] thought he just wanted money, that he just was obsessed with celebrity and fame. But what they missed, of course, was Warhol as an artist, and who Warhol really was."

Once Ridiculed for his painted-over photographs and silk-screen prints, now Warhol is seen, de Salvo said, as "an artist who really has transcended; he's not just a 20th century artist, he's a 21st century artist. He reflected something about the United States and where it was, and maybe where it's going."

We hope at "Sunday Morning" that, after forty years, you can say the same thing about us. 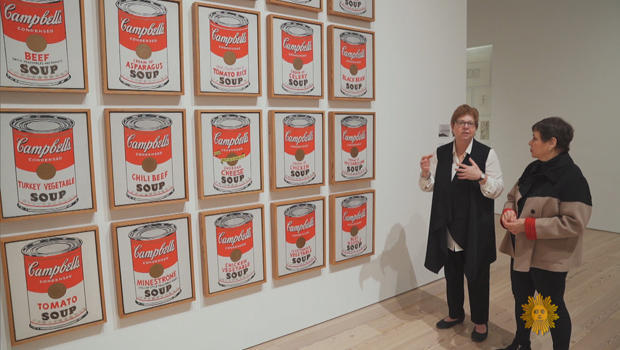