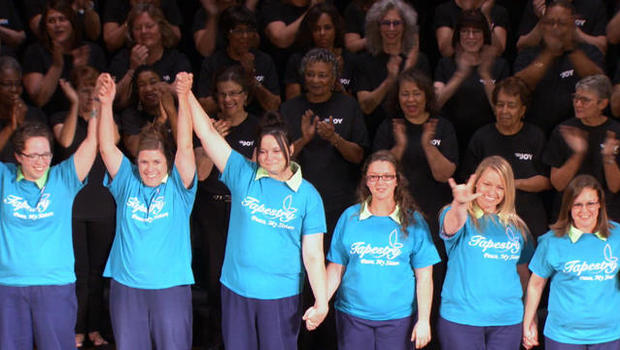 The first anchor of "Sunday Morning," Charles Kuralt, was also the show's storyteller-in-chief. In 1983 he met with photographer Jim Richardson, who was revisiting the town of Cuba, Kansas, population 300. "When you hear Jim Richardson talk about the people in Cuba, Kansas, about the children they raised here, you understand why he comes back year after year to record ordinary American lives in such a persistent way," said Kuralt.

Kuralt was long known for capturing the humanity and grace found in everyday life, and the rest of "Sunday Morning"'s gang soon made inroads of their own.

In 1981 Morton Dean introduced us to Louis Ciardulli, a New York City student who suffered from a rare bone disease, osteopetrosis. He had turned 13, and was preparing to transfer to a new school – all of which can be a scary thing, especially when you know that growing up doesn't mean growing taller.

The stories of facing life's challenges became a signature of the broadcast, such as Tracy Smith's 2013 interview with three-year-old Edie Gilger, who was more familiar with a doctor's bag than any kid should be.

Along the way, some pretty inspiring people came into view, such as Kim Phuc, best know as the girl in the picture of a Vietnamese child burned by napalm, on a day that was to define her life, but not her spirit.

In 2001 we were introduced to Maisie DeVore, who raised money for a community swimming poll by collecting cans to redeem – more than six million of them! Correspondent Bob McNamara asked DeVore, "Are you stubborn?"

"I guess, or I wouldn't have got this far," she replied matter-of-factly.

[DeVore left us last January, at the young age of 98. But Maisie's Community Pool, in Eskridge, Kansas, is still going strong.]

Blogger Julie Yip-Williams, who was suffering from a fatal bout of cancer, talked with Smith about how she was preparing her daughters for her death, writing a letter to them to reassure the girls after their mother is gone.

And we were there when those leaving the limelight revealed their more vulnerable moments. IN 2012 Anthony Mason visited with musician and singer Glen Campbell who was on his last tour, owing to his worsening Alzheimer's.

Ted Turner talked with Ted Koppel about aging, and showed us his morning routine of yoga. "He has never been a quitter," Koppel remarked. "His willingness to be shown on network television in what is certainly a diminished state is a testament to courage and a surprising absence of vanity."

Sometimes things got personal, as when Lesley Stahl showed her husband, journalist and author Aaron Latham, and his struggle with Parkinson's.

Viewers also saw our pride. Who could not shed a tear when watching Bill Geist describe the experience of being father of the bride at his daughter Libby's wedding in 2012?

"I was on the verge of tears and beyond all day," Geist said. "I hadn't expected that."

Some stories didn't just include music, they were almost lyrical. In 2012 Byron Pitts brought us members of Atlanta's Urban Youth Harp Ensemble. They stressed the fact that, for these city kids, playing the harp is cool. "Because there are not a lot of kids that play the harp!" said one girl. "You have your trumpets and your flautists and the run-of-the-mill percussionists, but who can say, 'Oh, I play the harp'?"

So, what do all these stories have in common? Like some gems, they are rare, such as skier Ralph Green, who in 2006 described for Serena Altschul what it was like for the one-legged man to ski downhill: "I clicked my ski on, I felt like I was gliding. And it was a feeling I had never felt before."

They are precious, as was the life of Joe Tiralosi, who thanks to quick-thinking medical staff he was brought back from the dead. "Every day is the best day to remember," Tiralosi said.

As was the experience of Philadelphia elementary students, whose school has dramatically improved reading and math score, and raised their ambitions. "We're going to persevere and we're going to follow our dreams," one boy said.

And as we look back, each one is enduring. David Brown, of The Harmony Project, leads a weekly choir practice of inmates at the Ohio Reformatory for Women, who in 2016 performed on stage at the Ohio Theater in Columbus.

"I learned by being engaged with people who were different from me,' said Brown. "All I want is the world to just keep moving in that direction." 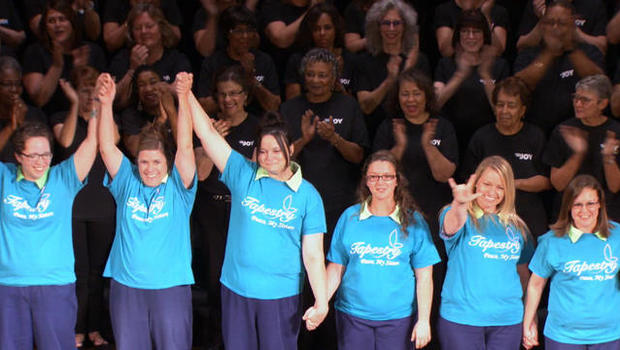