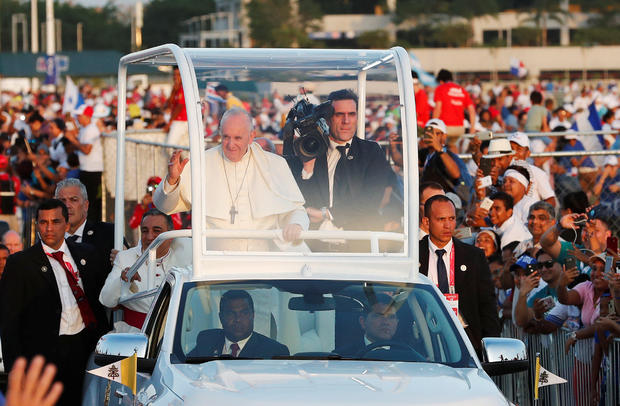 By Seth Doane CBS News January 26, 2019, 7:25 PM Pope Francis in Panama speaks of "weariness" that comes from "seeing a church wounded by sin"

Panama City — This has been a busy day for Pope Francis as he continues a visit to Panama for World Youth Day. In a grand, newly-renovated bascilica in Panama City, Pope Francis directed his comments to clergy and spoke of "weariness" which can come from "seeing a church wounded by sin".

But the pontiff urged priests and nuns to find energy from their faith despite the challenges. That's what "World Youth Day" is designed to do: Enagage hundreds of thousands of Catholics who've made the pilgrimmage.

"It makes you feel calm" to see the pope, said 15-year-old Jesus Hurtado from Dallas, Texas.

The atmosphere often resembles a concert more than a religious event.

"It's like really happy – and you just want to, like, jump up and down – but that would be embarrassing," said Zach Adkins, 17.

Zach Adkins came from Connecticut to join the throngs to — at least — see the pope:

"He speaks different languages – so you can't really understand him, so you have to like listen to translations – but he's the pope so just everything he says just, i guess, kind of sounds good," Adkins said.

The pope, in his signature approach, has reached out to those cast aside, hearing confessions from inmates at a youth detention center and plans to visit a shetler for people living with HIV and AIDS tomorrow.

He's talked of promoting migrants and tearing down the "walls" that divide people.

At Friday's somber "Way of the Cross," the pope acknowledged the suffering of youth who have "fallen into the snares of unscrupulous people" who claim to be serving the Lord.

For the most part, on this trip, the pope has not been directly addressing the clerical sex abuse scandals swirling around the church, but the Vatican's spokesman said just because the word "abuse" is not in every speech does not mean it's not on the pope's mind. 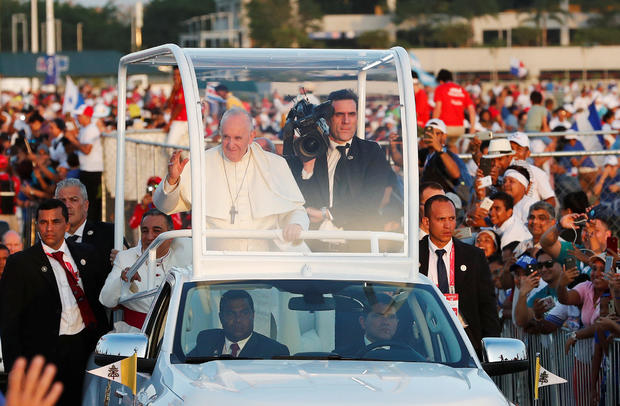