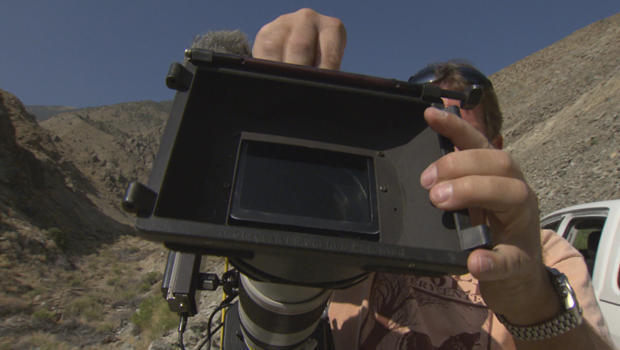 The sun has just barely come up, but photographer Scot Miller is already out on the lake with his camera. "This is church!" he exclaims.

Miller will eventually spend all day in this cathedral of cypress, winding around Caddo Lake in east Texas, shooting great egrets (he directed the boat's pilot, "Can you go into these over here that are back-lit? "), and green lily pads, all to create what amounts to just one minute of television.

"What I try to do is capture the essence, the sense of a place," Miller told correspondent Conor Knighton. "And I'm very lucky in that I go to places that's it's really not all that difficult to romanticize."

Miller's travels have taken him from the vastness of the Valley of the Gods in southeast Utah, to the serenity of Walden Pond in Concord, Massachusetts. He's captured a charismatic fox in snowy Grand Teton National Park in Wyoming, and an elusive alligator at Aransas National Wildlife Refuge in Texas.

"A lot of the places that I show, most people won't ever get to experience themselves," Miller said. "I pinch myself sometimes. It's very special."

Miller is part of a network of photographers spread out all across the country who capture the Moments of Nature for "Sunday Morning."

A 27-hour drive away in northwest Nevada, Derek Reich is on the hunt for some Desert Big Horn sheep – and obviously, because we've come to record him trying to record them, he has not been finding too many.

Until finally, a family appears.

Knighton asked, "So when you first got out and saw them up here, we were listening to your mic on our audio setup, and your heart was beating so fast, that we could hear it."

"Yeah. Is there an excitement for you?

Derek has been shooting our nature moments since the early '90s, ranging from bees in the central valley of California, to porcupines in snowy Antelope Island Utah, to mustangs in the Pine Nut Mountains of Nevada.

Sometimes his favorite subject is what you can't see. He once spent an afternoon recording wind at Canyonlands National Park."When you just stop and listen, it's amazing what you'll hear," Reich said.

Ever since their debut in 1979, when Charles Kuralt introduced a couple of minutes of silence on the broadcast ("Interrupted only by the cries of birds"), the segments have avoided showcasing any people, man-made structures, or man-made sound. But Reich says those places are getting harder and harder to find."I was thinking back on the ones I've done in the past, and how much more difficult it is to not have a jet flying overhead, or not have a leaf blower firing up down the street, or traffic going by," he said. "That's just the state of our natural world today."

He asked Knighton what would happen if "Sunday Morning" did away with the moment of nature.

"Oh, people would riot!" Knighton replied. "When I meet people and tell them what I do for a living, [they go], 'Oh, that's the show that's got the nature at the end of it.'"

"See, that makes me happy," Reich said. "It tells me that there's some hope that people feel strongly about this stuff."

For any television reporter, it is more than a little humbling to find out that the most beloved part of our show is the moment that doesn't show a single person.

But really, how could I ever compete with THIS? 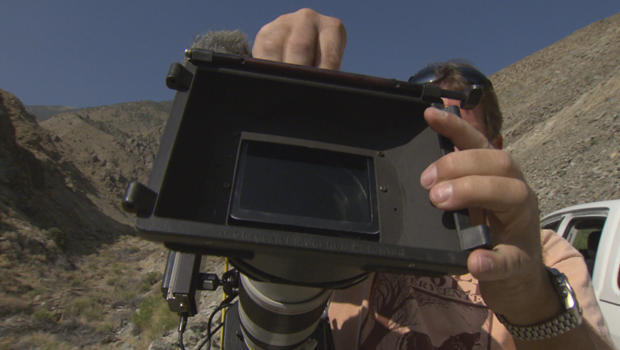 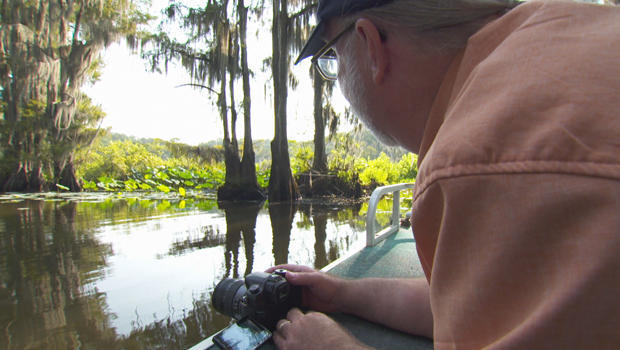 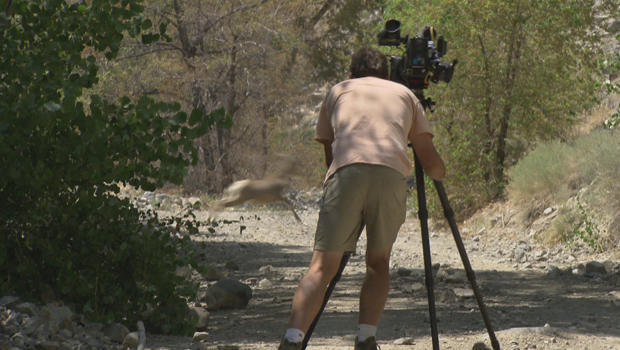 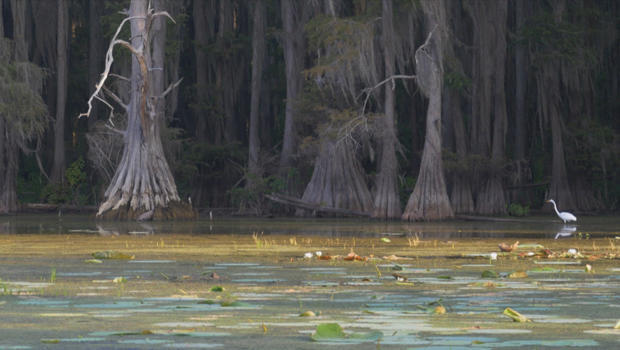