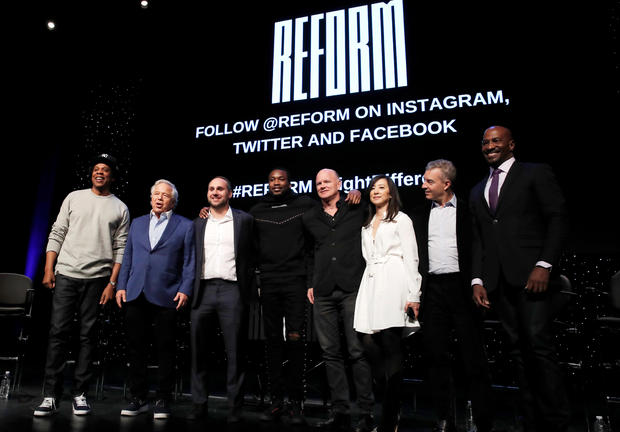 Musician Meek Mill's voice is a familiar sound in the hip-hop world, but now he wants to use it for another purpose: to change the criminal justice system. Flanked by a group of very high-profile supporters, including Jay-Z and Philadelphia 76ers co-owner Michael Rubin, Mill announced the launch of the Reform Alliance.

In 2017, Mill was sentenced to serve two to four years in state prison for a minor probation violation after a decade-old gun and drug possession conviction.After public protests and legal appeals, he was released after serving five months.

"Every time I started to further my life… every year or two there was always something that brought me back to ground zero and that was probation. I always wondered what happened to the people that was in situations worse than mine," Mill said. "I'm here to speak for the people who don't have a voice."

According to the Reform Alliance, 4.5 million people – like Mill – are currently on parole or probation for unreasonable terms.

"I'm from Marcy Projects, I'm from Brooklyn, and this has been a part of my life," Jay-Z said. "If someone commits a crime, they should go to jail. But these things are just disproportionate and the whole world knows it."

Reform Alliance CEO Van Jones said, "I never felt more powerless than watching kids that I cared about get outrageous sentences when I had gone to Yale, and seeing kids doing drugs at Yale. At worst, they would get rehab. And I would see kids in the 'hood doing fewer drugs getting 20 and 30 year sentences."

Their mission is to dramatically reduce that number by changing laws and policies.

"This problem is so much bigger than Meek. Fundamentally, our criminal justice system is just broken," Rubin said.

The alliance is backed by a $50 million pledge from Jay-Z and others including New England Patriots owner Bob Kraft and Rubin, who was instrumental in Mill's release.

"People always say to me how lucky Meek is to have me as his friend. I look at it exactly the opposite. I couldn't be more fortunate to have Meek as one of my closest friend because he's taught me so much about the world I didn't understand at all," Rubin said.

"I've never been to a jail before, and going there and seeing him I didn't sleep the rest of the night," Kraft said. "We can make America better if we really cure this problem." 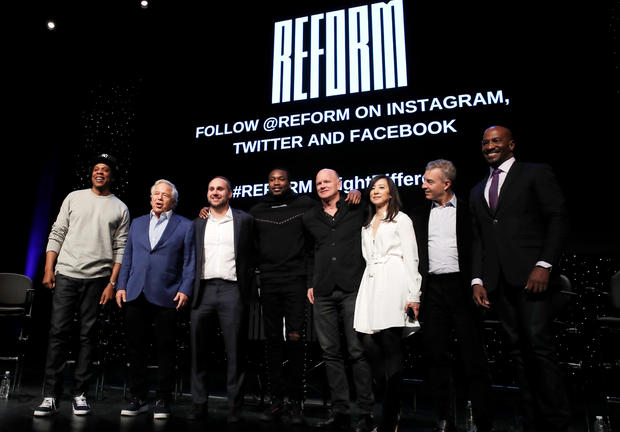