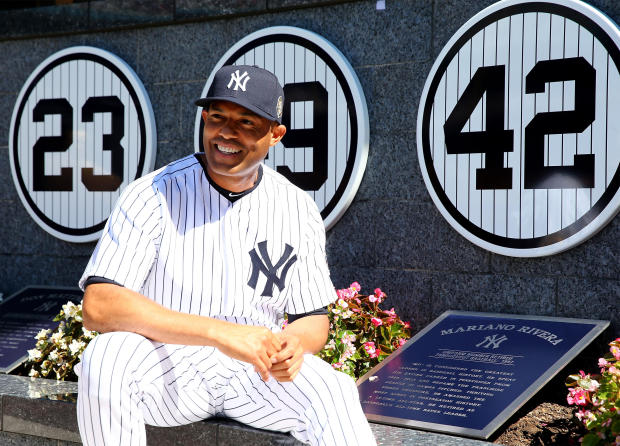 But you might not know 49-year-old Rivera didn't always want to play baseball. He left high school to work on his father's fishing boat and was going to become a mechanic in his home country of Panama.

"I remember coming from a small fishing village in Panama, and just me being here speaking about Hall of Fame is something that my mind can't comprehend," he said.

Even when everything changed, Rivera's core never did. He was always guided by something greater, including his commitment to philanthropic and Christian causes.

He cherished and protected his number 42 — Jackie Robinson's old number — which has since been retired league-wide.

Fans and teammates, including Derek Jeter and Andy Pettite, who famously took him off the field during his final game, never forgot.

"In human history, more people have walked on the moon than have scored an earned run off of Mariano Rivera in the postseason. And while no statistic could ever truly encapsulate Mariano, I figure this one is as close as we're going to get. Mariano is just on another level," Jeter said.

This year's Hall of Fame class also includes Roy Halladay, Edgar Martinez and Mike Mussina. All four will be enshrined July 21 in Cooperstown. 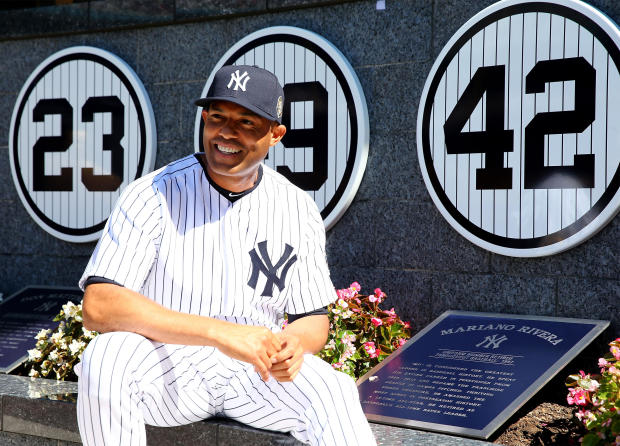