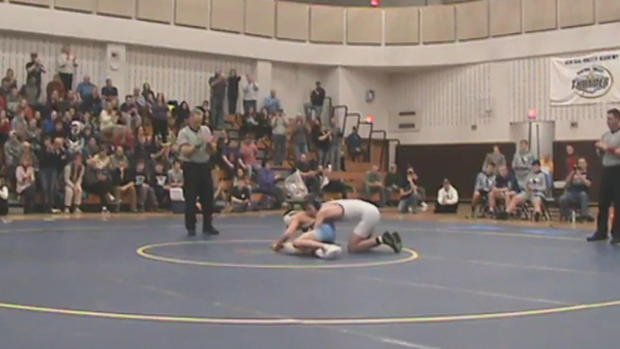 Utica, N.Y. — As a state champion wrestler, Marek Bush has very few real competitors. But the sophomore from Central Valley Academy near Utica, New York, does have at least one rival: a junior from Indian River named Logan Patterson.

Marek met him on the mat earlier this month.

"I practiced hard that entire week and I wanted to beat him," Marek said.

As expected, it was a great match. Until, with just about 30 seconds left, Logan twisted his elbow. Up to that point, Marek had been losing. But Logan's arm was now so badly injured, there was almost no way Marek couldn't win. So he told his coach, "I got this," and went back in to do what he says he had to do.

All he had to do was stand up and pin his hobbled opponent. But instead, Marek did nothing. He just told Logan he was sorry about his arm and surrendered. Logan couldn't believe it.

"He just sat there. He didn't move. I think it was goodness out of his heart. He's a great person," Logan said.

"I know it makes me look kind of like a weakling," Marek said.

"He's no weakling, at all," said Terry Kavanaugh, who was the referee. "I mean, state championships come and go but that — you can't take that away from a kid."

The crowd watched on their feet and through blurry eyes as Marek lost the tournament but won the admiration of everyone in the gym, most especially from his dad, Bob.

"It's not about winning all the time, it's about doing what's right. And he did," Bob said.

More importantly, Marek thought doing the right thing would make him look like a weakling but he did it anyway. Now that's a powerful kid. 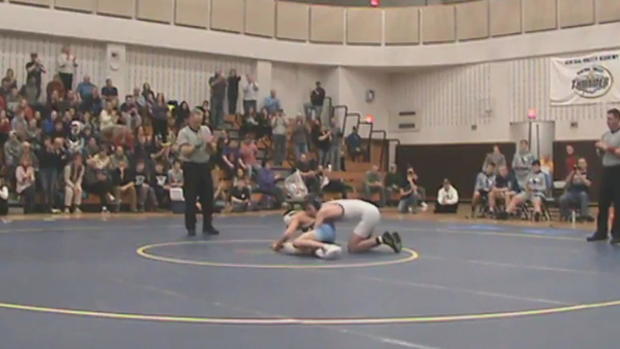 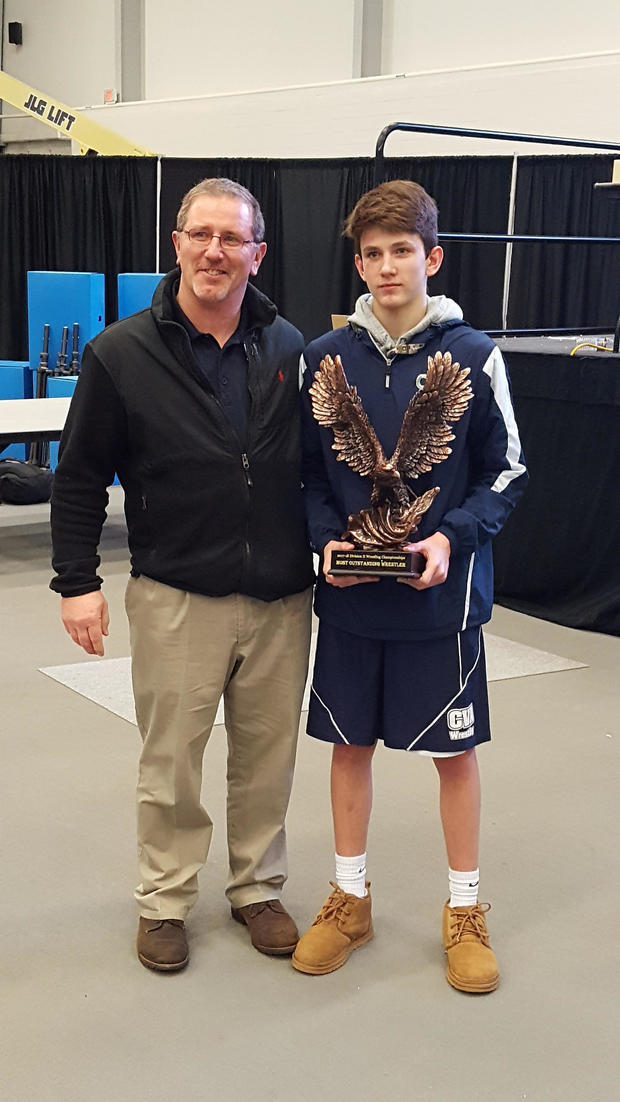