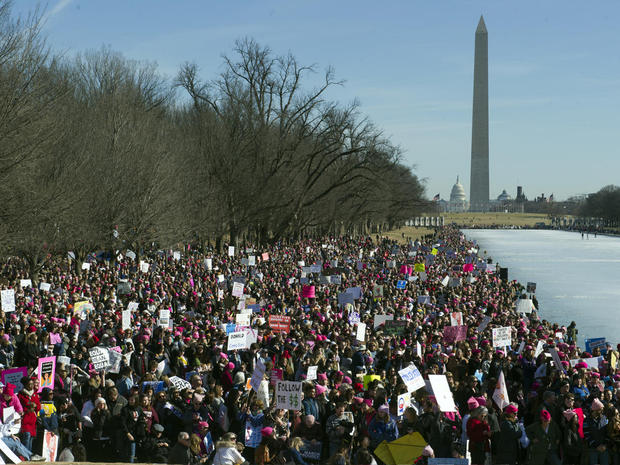 For the third straight year, the Women's March will take place in several cities on Saturday. In 2017, millions made history at the first marches across the country.

One million people rallied in Washington, D.C., alone. But this year, Washington organizers are expecting far fewer in attendance — around 10,000. Nationwide, only 280 sister marches are planned for Saturday, compared to over 600 the inaugural year.

Several factors have seemingly contributed to lower enthusiasm including weather conditions, a lack of funding and controversy.

Women's March co-president Tamika Mallory appeared on "The View" this week, defending her association with Louis Farrakhan, top minister in the Nation of Islam, an organization designated a hate group by the Southern Poverty Law Center because of the "racist, anti-semitic and anti-LGBT rhetoric of its leaders." Mallory posted a photo with Farrakhan on his birthday in 2017, calling him the "GOAT," or greatest of all time.

"Just because you go into a space with someone doesn't mean that you agree with everything they say," she said on "The View."

Certain chapters have canceled their plans for this year, citing concern over Mallory's support for Farrakhan and the group's refusal to remove her from its board.

Sarsour said the current controversy is an inescapable part of building a big-tent movement.

"Sometimes we'll have hard conversations but I believe in our potential as a movement and I'm not going to turn back on this mission of an intersectional Women's Movement," she said.

Decline in participation is inevitable. But organizers do say their movement and the momentum helped lead to a record number of women elected to Congress. 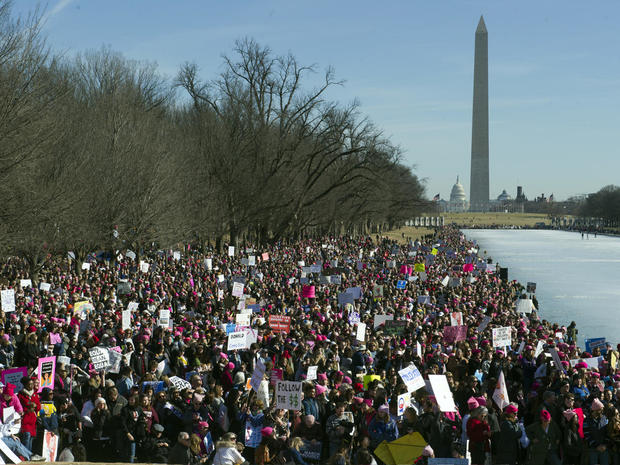