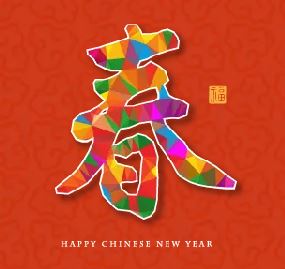 2019“Happy Chinese New Year”Shanghai Cultural Week will be launched on January 31(local time) in San Francisco, USA. This is the first time that Shanghai, by means of radio, TV, film and sports activities, presents such an integrated cultural event since it established a sister city tie with San Francisco, which gives an opportunity for citizens in San Francisco to get in touch with a host of “made in Shanghai” cultural masterpieces. This can also be called a “cultural present” from shanghai for the 40th anniversary of the establishment of Sino-US diplomatic relations and the 39th anniversary of sister city relationship between Shanghai and San Francisco. 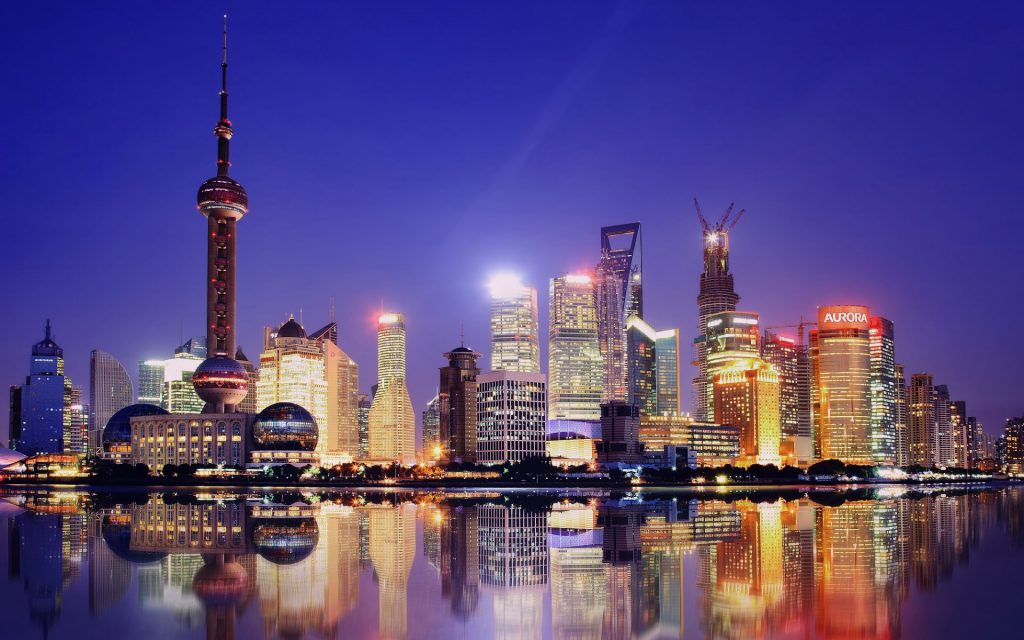 These activities will last from January 31 to February 6 in San Francisco (local time), and with the cooperation of SMG, EDI Media Inc., US Chinese Radio and other cultural-related organizations, dozens of radio, TV programs and films will be aired and screened. Meanwhile, Table tennis celebration event will also be held among Chinese and American teenagers. Through TV, radio, cinemas and sports competition, the varied and multiple contents and events will showcase Chinese culture and charm of Shanghai.

To fully involve the San Francisco citizens in Shanghai style culture, outstanding artists and sports stars will be present. Shang Changrong, foremost actor of Peking opera, will bring a 3D Atmos film of Peking opera“Cao Cao and Yang Xiu”to American fans, which is also a fantastic combination of modern technology and classic quintessence of Chinese culture; Shi Zhihao, vice chairman of International Table Tennis Federation and dean of China Table Tennis Institute, and Yao Yan, once one of the best table tennis players will participate in US-China Youth Ping Pong Celebration together with Chinese and American young ping-pong players; Peng-peng Gong, a famed composer and pianist from Shanghai Philharmonic Orchestra will give a solo, as well as a duo with Xia Yunhui, a gifted violin performer, in the opening ceremony on Jan. 31. The strong lineup of guest performers and splendid activities will intersperse the“Shanghai Cultural Week”.

To deepen 39 years’ sister city friendship of “Shanghai-San Francisco”, US Chinese Radio will broadcast 5 radio programs specially produced by SMG Radio from January 31 till February 4. Brilliant music and traditional vernacular opera from the last 40 years will be introduced to the audience. There will be interviews of famous musicians and outstanding pieces of Peking Opera, Shanghai Opera, Shaoxing Opera, burlesque, and Suzhou Pingtan, among them Peking Opera “Zhenguan Heyday”, Shaoxing Opera “A Dream of Red Mansions”, Suzhou Pingtan “Luxuriant Flowers”, Shanghai Opera “Daughter of Dunhuang”, Burlesque “First at Sea” and so on.

The radio programs will also help San Francisco audiences know the history of cultural exchanges between Shanghai and San Francisco. Besides, the host of Shanghai Drama and Traditional Opera Radio, Zhang Yuan, will co-present a live program in the studio of US Chinese Radio, joined by Chinese artists and American audience.

1300 minutes’ “Made in Shanghai” programs offering an audiovisual feast

From January 31(local time), ICITI TV will air SMG programs totaling 1300 minutes, including documentary, variety shows, TV galas and so on. Documentary “Maritime Silk Road” will tell vivid stories of ordinary people from countries along the Silk Road. Documentary “Shanghai Memory—The Growth of the Financial Industry” reviews the history of Shanghai financial industry by showing over a hundred years’ ups and downs.

The documentary “Taste of China” illustrates the varieties of Chinese cuisines, presenting a visual feast for foodies. And “Yuyuan Road”, another documentary which explores the artistic possibilities of combining old images and latest videos, rekindles the memories of Yuyuan Road with one hundred years’ history. The traditional Chinese opera variety show “Bravo China”, presents the enduring appeal of traditional Chinese operas in an innovative and heartwarming way. In addition, the reality show “Absolute Wild with Bear Grylls” brings the episode of Yao Ming, the former Houston Rockets player, showing Yao’s exploration with the British adventurer Bear Grylls. And the 2019 Dragon TV New Year’s Eve Gala, combining hi-tech stage design and a variety of shows performed by top notch pop stars, will take American people on a music journey of joy and happiness during the Chinese New Year celebration.

As one of the most influential media groups with high brand value in China, SMG has been focusing on producing culture-related contents, making and broadcasting numerous market-leading programs of superior quality and extensive influence. The programs and shows brought by SMG will certainly become a specialty in New Year’s Eve dinner for citizens of San Francisco.

The 3D Atmos film of Peking opera “Cao Cao and Yang Xiu” will be screened in AMC Van Ness 14 in San Francisco from Jan. 31st to Feb. 1st (local time). It will be the third time this film is showed overseas after its European debut at 2018 Cannes TV festival in France and winning the “Golden Angel Award” at the 14th Chinese American Film Festival in LA in Nov. 2018. Directed by Teng Junjie, a veteran director, starring top Peking Opera artists Shang Changrong and Yan Xingpeng, “Cao Cao and Yang Xiu” is jointly presented by SMG Pictures, Shanghai Jingju Theatre Company and Shanghai Media Group, filmed by Shanghai Media Tech and exclusively distributed by WingsMedia. This film is another masterpiece of a series made by director Teng and his team. In 2014, they won the “Golden Lumiere Award”, the most prestigious award in 3D cinematography. Since the film was screened, it has been widely acclaimed by both the professional and public sphere. Shang Changrong and Yan Xingpeng, who played the role of Cao Cao and Yang Xiu in the film respectively, had won the “the Most Respected Actor Award” at the Kyoto International Film Festival in Oct. 2018. During the screening of the film, the director Teng and the main actor Shang Changrong will make a stage appearance and have face-to-face interactions with their fans abroad.

Besides, the romance comedy film “21 Karat”, presented by SMG, directed by He Nian, starring Guo Jingfei and Dilraba Dilmurat with cameo appearance of Da Peng and Bao Bei’er, will be premiered overseas in San Francisco from Feb. 2nd to 3rd (local time). This movie tells the love story of a young couple who come from quite different backgrounds. The protagonist Wang Koukou is an “untypical budget husband”, while his antagonist Liu Maimai is a “typical broke material girl”. The couple has many dramatic clashes in the movie. Light and cheerful, this movie will surely bring the American citizens abundant joy and happiness.

To commemorate the Ping-Pong Diplomacy between China and US, the sporting exchanges between Chinese and American teenage table tennis players will be held in a local school in San Francisco on Feb. 1st. The young table tennis players from Shanghai, with their Chinese New Year’s greetings, will have friendly matches and exchanges with their American counterparts. The most exciting event will be the arrival of Shi Zhihao, former world table tennis champion and the vice chairman of the International Table Tennis Federation, and Yao Yan, a former national team player. Shi and Yao will instruct Chinese and American youngsters of table tennis technique and make rice dumplings (symbolizing happiness and reunion in China) together with them. This event will also be the first invitation sent by the reality show “Ping-Pong Future”, which will be produced by SMG in 2019. As a tribute to the ice-breaking Ping-Pong Diplomacy 48 years ago, this show will see another Ping-Pong related trip made by promising Chinese teenagers to the States, inspiring the courage and collaboration of a younger generation while contributing to the future of Sino-US relationship.

Displaying the latest development of Shanghai in such fields as the media, culture and sports, Shanghai Cultural Week acquaints citizens of San Francisco with Shanghai and China. With a vast array of events, it hopes to promote the cultural exchanges and interactions between Shanghai and San Francisco. 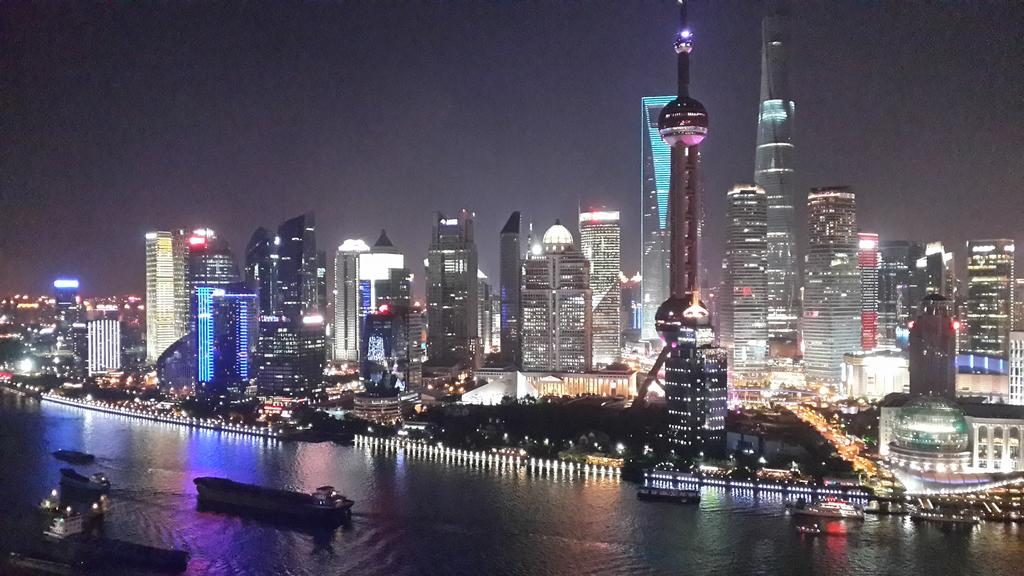