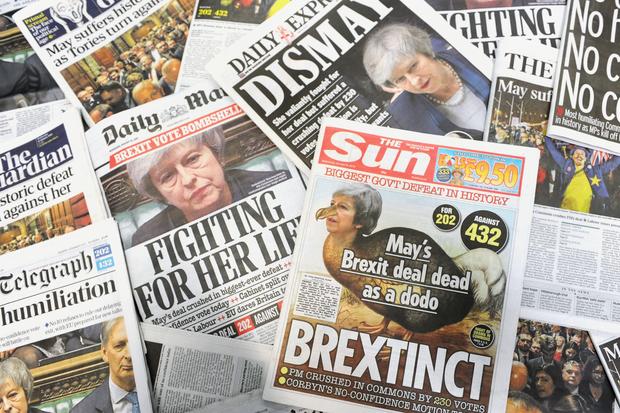 London — The overwhelming defeat of Prime Minister Theresa May's Brexit deal – in a vote of 432 to 202 – has plunged the United Kingdom into its deepest political crisis in half a century. "Every day that passes without this issue being resolved means more uncertainty, more bitterness, and more rancor," May said on Tuesday night.

She has been negotiating her draft Brexit deal with the European Union for nearly two years, reports CBS News correspondent Roxana Saberi. Now May's job is on the line, with a vote of no-confidence set for Wednesday evening. Front-page headlines in London say May is "fighting for her life," and call Tuesday's vote a "historic humiliation."

If May survives the vote, the leader of America's No. 1 European ally will now have to present an alternate plan by Monday, or ask to delay the March 29 deadline. But with just 72 days until the U.K. is scheduled to leave the EU, the landslide vote is causing even more economic uncertainty, increasing the prospect of the U.K. crashing out of the EU with no deal in place.

The U.K. is the fourth largest export destination for American goods and services. If there is no Brexit deal, a weakened British pound would make U.S. goods more costly to buy in the U.K.

The U.S. farming and manufacturing sectors could be hit hardest, with the biggest exports including aircraft and machinery, as well as wine and beer, tree nuts, and live animals.

The U.S. Chamber of Commerce says the stakes are high for American companies that have invested in the U.K. as a way of accessing the EU markets. Some businesses have opened subsidiaries elsewhere in Europe to make sure they can keep doing business as usual. 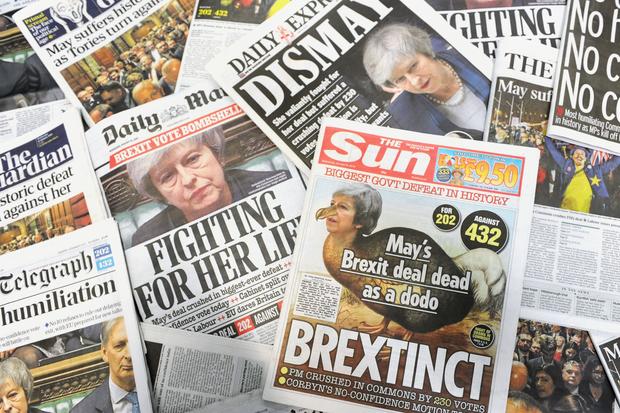