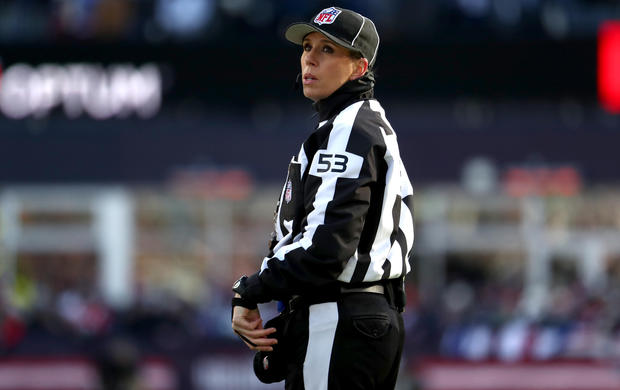 During the NFL playoffs, there are plenty of fan disagreements. But there was one person on the field during Sunday's Patriots and Chargers game that had everyone cheering.

Referees are supposed to stay out of the spotlight. But it was impossible not to embrace an exception. Sarah Thomas was the first female official to work in NFL postseason history.

Thomas, a mother of three, has a history of firsts. In 2007, she was the first woman to work a major college football game. In 2015, she became the first full-time female referee in the NFL.

"I've always set out to do this because I love it," she said at the time. "You know, you never expect it but when it comes you definitely answer the call."

Words of support poured in from other ground breakers this weekend, including Billie Jean King and former South Carolina governor and U.N. ambassador Nikki Haley. It was inspiring to see, just don't tell Sarah Thomas she's any different. She even tucks her hair under her hat when she's on the field.

"If I have a ponytail then I separate myself immediately. So tucking my hair, I blend in and i'm just another official," she said.

For her, it's always been about the work.

"I've always said that if you do something because you love it and not try to prove somebody wrong or get recognition for it, the recognition probably just is going to happen," Thomas said. 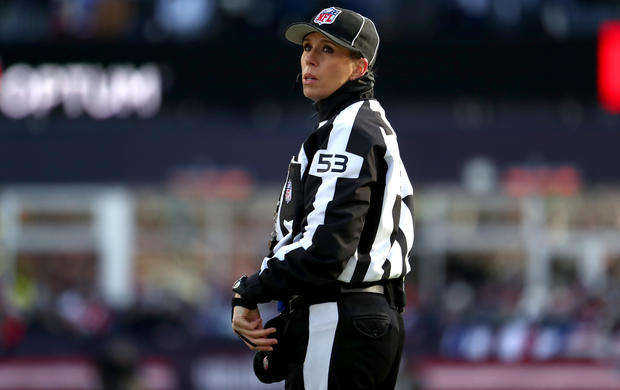