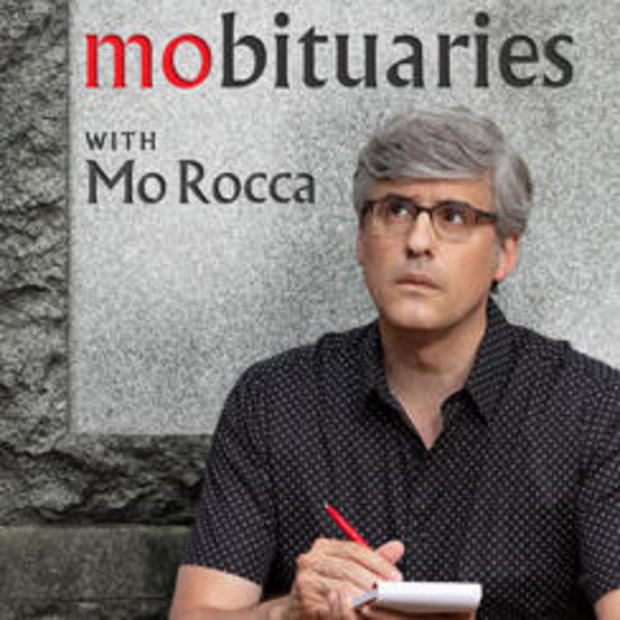 CBS News and Simon & Schuster announced on Tuesday a joint podcast/book project by popular "CBS Sunday Morning" correspondent, humorist, and history buff Mo Rocca. His long love of obituaries has led him to "Mobituaries," an irreverent but deeply-researched appreciation of the people (and things) of the past who have long intrigued him, from an unsung Founding Father to the first Chinese-American superstar, from Neanderthals to the station wagon.

The "Mobituaries" podcast premieres January 17, with eight weekly episodes in the first season.

Each episode, in the tradition of "Sunday Morning," is richly produced, consisting of Rocca's narrated storytelling combined with his original interviews (e.g., President Bill Clinton, whose inauguration pushed Audrey Hepburn's obit off the front page) and some never-before-heard voices from the past, courtesy of the CBS News archives.

"Why should it be only the rich-and-famous who get obits? With 'Mobituaries' we're celebrating extraordinary people whose names you may not remember," Rocca said. "Plus sitcom characters, historical epochs, and even snack foods that have all bitten the dust. Oh, and we're also including rich-and-famous people because, come on, who doesn't love Audrey Hepburn?"

To listen to a trailer for the upcoming "Mobituaries" series, click on the audio player below.

The "Mobituaries" book will be published in November 2019 (to coincide with the podcast's second season), and will offer new, original stories combined with expanded "Mobits" from the podcast.

"Who better to take 'CBS Sunday Morning' to a new place than our resident humorist/historian Mo Rocca?" said "Sunday Morning" executive producer Rand Morrison. "'Mobituaries' has been a delight for us to work on – 'Sunday Morning' story-telling in a longer form, with rich, never-before-told yarns."

"Mo Rocca has a flair for storytelling with an abundance of humor, history and heart," said Jonathan Karp, president and publisher of Simon & Schuster Adult Publishing. "Our hope is that 'Mobituaries' will be an extremely pleasurable matter of life and death for podcast listeners and readers. We're looking forward to sharing it with the world."

In addition to his role as a correspondent for "Sunday Morning," Rocca is host of "The Henry Ford's Innovation Nation" (on CBS Saturday mornings), and host and creator of the Cooking Channel's "My Grandmother's Ravioli," in which he learns to cook from grandmothers and grandfathers across the country. He is also a frequent panelist on NPR's hit weekly quiz show "Wait, Wait…Don't Tell Me!" Rocca also spent four seasons as a correspondent on Comedy Central's "The Daily Show with Jon Stewart."

You can listen to "Mobituaries" beginning January 17 on Apple Podcasts, Spotify, Google Play Podcasts and Stitcher. New episodes will be available on Thursdays. 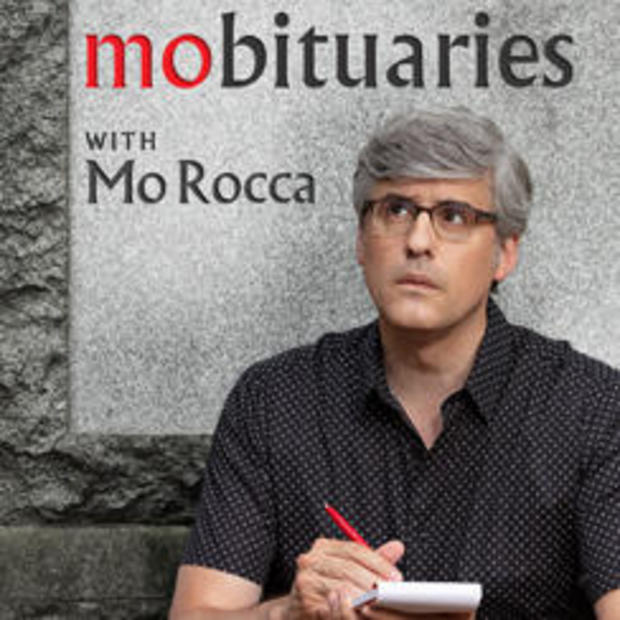