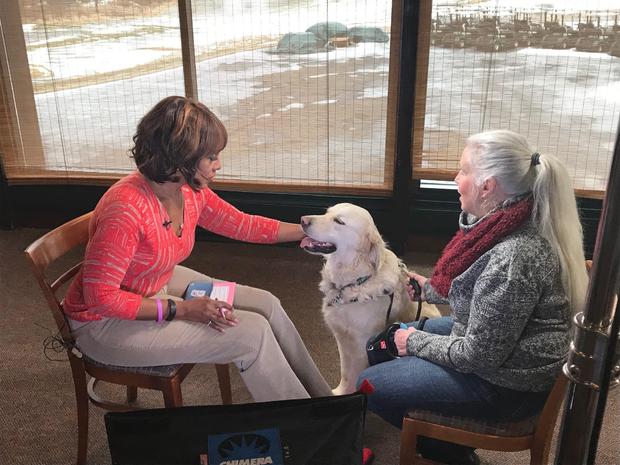 The woman who found 13-year-old Jayme Closs while walking her dog is describing the moment she came across the young girl, who made a break for it after being held against her will for 88 days at a secluded cabin in remote Wisconsin.

"All I knew was whoever this child is, she's in trouble, because I thought she had her pajamas on," Jeanne Nutter told "CBS This Morning" co-host Gayle King in an interview airing Monday. "And when I got close to her, she was first saying to me, 'I'm lost, I don't know where I am, I need help.' So I hurried towards her."

Nutter said Closs was wearing only a sweatshirt, leggings and slippers in 20-degree weather, leading Nutter to conclude "she had left wherever she'd been in a hurry, or somebody just drove here and dropped her off."

"I quickened my pace and got to her and she just sort of fell into me and said, 'I'm Jayme,' and I said, I know," Nutter recalled.

"We don't believe the suspect had any connection to the Closs family," Fitzgerald said. "Obviously the million-dollar question is why, and we need to find that out."

On Oct. 15, 2018, Jayme's parents Denise and James were shot to death, and there was no sign of the teenager when their bodies were discovered.

But on Thursday, Jayme ran from the secluded cabin in remote Gordon, Wisconsin, some 60 miles north of her home in Barron.

Peter and Kristen Kasinskas called 911 when Nutter, their neighbor, brought Jayme to their doorstep.

"She said, 'This is Jayme Closs.' Immediately, no doubt in my mind, it was 100 percent her," Peter said.

"She told us that she was very well-hidden," Kristen added. "She said that other people would come to the house but she would have to be hidden."

Now Jayme is back with her family, living with her aunt.

"We'll be looking at receipts and places he went in the last 88 days," Fitzgerald said.

Patterson has no criminal history and is relatively unknown to his neighbors and community. He's been charged with one count of kidnapping, and two counts of first-degree intentional homicide for the murders of Jayme's parents. He's due in court Monday.

Watch Gayle King's full interview with Jeanne Nutter on Monday on "CBS This Morning," which airs from 7 to 9 a.m. ET/PT. 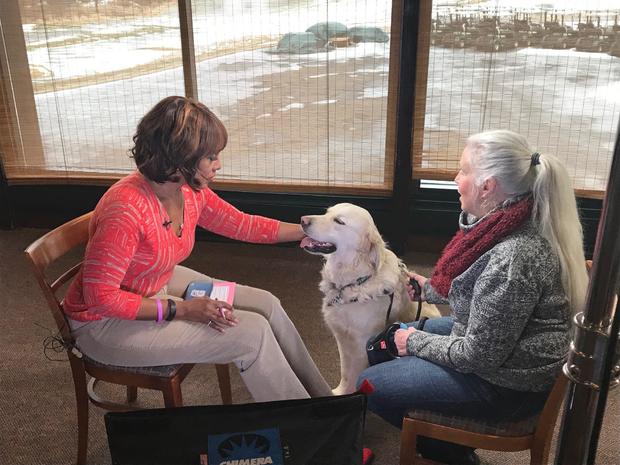