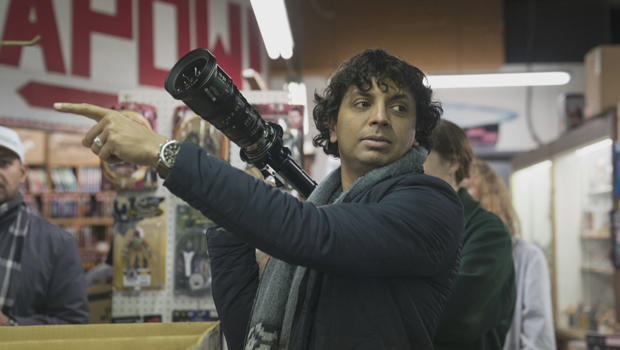 It's the name behind spooky blockbusters like "Signs," "Split," and the Best Picture Oscar-nominated "The Sixth Sense." And this week writer-director M. Night Shyamalan is out with a new film, "Glass," starring Samuel L. Jackson, James McAvoy and Bruce Willis.

In a career that's also had some misses, it's another thriller – and part of the thrill this time is that he got to make it all.

He does not, however, call it a comeback. "No. I'm happy that everybody is happy. I don't wanna put too much credence into that."

"Glass" is the final installment in an unexpected trilogy nearly 20 years in the making. It all started with "Unbreakable," back in 2000.

"Well, the plan, I'm guessing, was not to wait 18 years before you made the sequel!" said correspondent Tony Dokoupil.

"'In 18 years I'm gonna make a trilogy!' No, when this came out and it had a kind of wonky reception, I felt hurt," he said.

In the screening room at Shyamalan's house outside Philadelphia, he showed Dokoupil the script of "Unbreakable," now the first in a three-part series about the rise of a comic book hero. Though now considered a cult classic, audiences were initially confused by "Unbreakable." "I felt like the reaction was like, 'Ah, what is this? This doesn't make any sense. Is it a comic book? What is this?'" Shyamalan said. "'It's not scary,' that was the main thing."

Success had come scary-fast for Shyamalan, who was just 29 when "The Sixth Sense" came out.

Visiting the location where that blockbuster was filmed brought back memories. He said, "Basically making movies is just full of anxiety to me. Every time we come to a place where I've shot, it's just me feeling anxious, a younger version of myself standing here going, 'Are we gonna get this shot? Or not?' Or 'Does this look believable? Is anybody gonna see this movie?'"

They did, and the film, with its much-talked-about twist ending [no, we're not giving it away], shot to the top of the box-office. It had young Haley Joel Osment offering one of the most quotable lines in movie history ("I see dead people"), and it catapulted a movie-crazed little boy from Philadelphia, the son of Indian immigrants, both doctors who thought their son's filmmaking was just phase, onto Hollywood's A-List.

Newsweek's cover dubbed him "The Next Spielberg."

Doukoupil said, "Most people don't get that at that age, to be called 'The Next Spielberg.'"

"Yeah. I heard that they originally had the cover say 'The Next Hitchcock.' And they're like, 'Well, he's gonna get killed. So don't do that!' And then they switched it to Spielberg, as if that's not gonna kill you, either!" he laughed.

But the young director soon felt boxed in by expectations, and a series of mid-career critical failures, like "Lady in the Water," "The Last Airbender" and "After Earth," seemed to damage the Shyamalan brand.

He said, "When I look back on it, in terms of the relationship with the audience, I totally get the sense of detachment, that they want a certain drink, Coca-Cola, and I'm giving them tea."

"There were parts of the public that thought you'd become a joke," Dokoupil said.

"Maybe. I just don't know who doesn't do this journey. You're describing the journey of an artist. And every single artist does this, I mean, every single one. And I'm so grateful for that period, because it reminds me what it feels like to not be sure of myself."

"But did it feel like, in those middle years, that you were failing?"

So, in 2015 the one-time Golden Boy of Hollywood, who gave himself the name Night just before entering film school, mortgaged his home to fund a dark new thriller, "The Visit."

Dokoupil said, "I can't imagine the pressure. Not only is your reputation on the line, but there's your own money and your home."

"Oh, yeah, definitely. And think of it this way, I've made a huge income ever since I've been, like, 25 years old, that's been coming in every year, every year. And then I went, not only am I not getting paid, I'm going to pay for the movie. So we're going back in that direction really fast."

But "The Visit" was a return to form. And its success gave Shyamalan the freedom and the funds to finish off the comic book story he started so long ago.

Now at 48, Shyamalan, who never left for Hollywood and is a diehard Philadelphia 76ers fan, is at peace with the plot twists in his own life. "That sense of gratitude keeps washing over me," he said. "And it keeps you from thinking that this is permanent. It's not. That's what's so beautiful about it. It's not permament."

And with "Glass," he's betting once again that the best is still to come.

Shyamalan said, "Whatever happens with 'Glass,' it's great. It's good. Failure, success, it's good. If the universe wants me to fail three more times to teach me to an even higher level of connecting with the characters or my art form, I believe in that."

To watch a trailer for "Glass," click on the video player below. 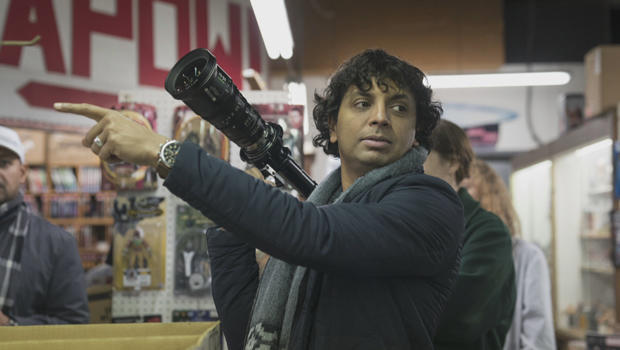 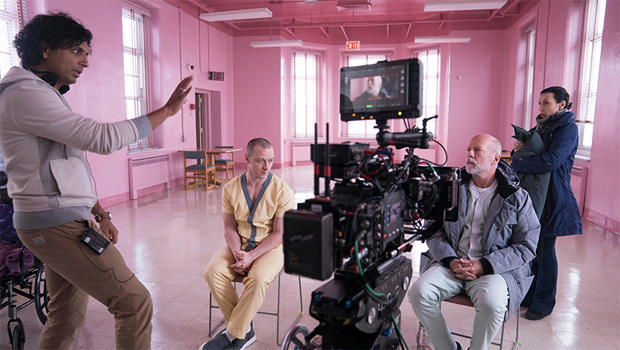 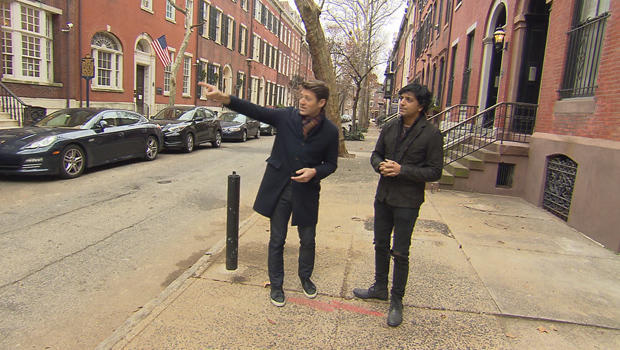 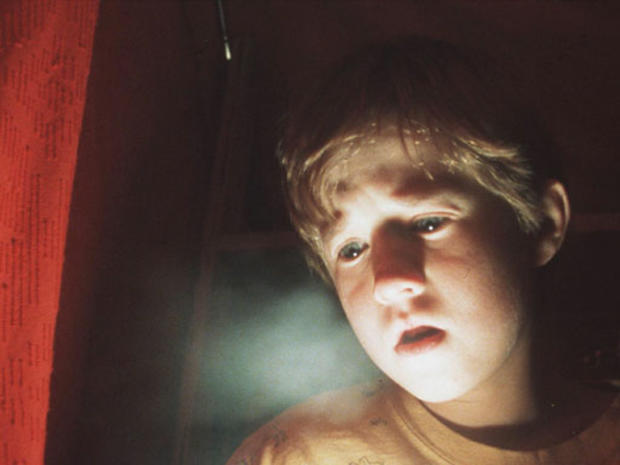