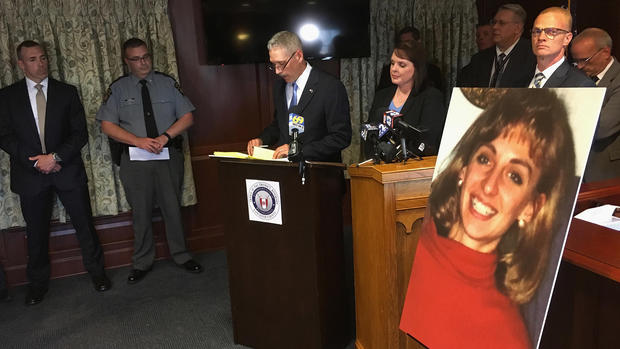 A family genealogy database helped find the killer in a 1992 cold case. Last year, Steve Kroft spoke to the woman who solved the mystery

It was four days before Christmas in 1992, and 25-year-old Christy Mirack was on her way to the elementary school where she worked as a sixth grade teacher. She had prepared Christmas presents for her students and co-workers, and she had already put on her coat and gloves, ready to walk out into the December chill in Lancaster, PA.

But before she could leave her apartment, an intruder forced his way in, raped her, and murdered her in her living room. And for more than 25 years, the case had stumped police.

Then, investigators turned to genetic genealogy. The technique compares the DNA of an unknown suspect left at a crime scene with DNA from family genealogy databases to find, if not a direct match, a distant relative that may lead to one.

In the case of Mirack's murder, that distant relative led to Raymond Charles Rowe, a popular DJ in central Pennsylvania, who performed under the name DJ Freez. Rowe pleaded guilty Tuesday to raping and strangling Mirack and was sentenced to life without parole.

Genetic genealogy has been previously used to make arrests, including alleged Golden State Killer Joseph James DeAngelo. But this is the first conviction made using the technology.

In October, 60 Minutes correspondent Steve Kroft reported on the new law enforcement tool and spoke with CeCe Moore, who helped crack the Mirack cold case. Moore is the lead genealogist for Parabon NanoLabs, a small DNA technology company that is leading the way in genetic genealogy.

"Parabon was really our last shot," Lancaster County District Attorney Craig Stedman told news reporters last June when Rowe was arrested. "Little did we know at the time that it's turned out it to be our best and led us to today."

Moore told Kroft that, when she received the genetic information for Mirack's killer, she determined the suspect had half Northern European ancestry from his mother's side. She could also tell the suspect was half-Puerto Rican, both from Parabon's phenotyping prediction and from the people who shared his DNA in the genealogy database.

In the clip above, Moore told Kroft how she began to piece together the information.

"He wasn't carrying his father's surname; he was carrying his mother's surname, which is why I hadn't been clued in sooner," she said. "And then, online there was an article that he had been interviewed for as kind of a minor celebrity. And he said he liked cooking Puerto Rican food because he was half-Puerto Rican. And that was it. That was the final piece of evidence I needed."

Moore gave law enforcement Rowe's name with confidence that she had found Mirack's killer, but Lancaster law enforcement needed to make sure. Members of the Pennsylvania State Police tracked Rowe to a DJ gig at an elementary school and collected a piece of chewing gum and a water bottle he had discarded. The DNA from those items matched the DNA recovered from the carpet in Mirack's living room.

At a news conference last summer, District Attorney Stedman admitted that law enforcement had not previously come across Rowe's name in the Mirack case, according to the Washington Post. However, they found that, at the time of the murder, Rowe had lived about four miles away from the crime scene.

"When I give these names to law enforcement, I am really sure," Moore told Kroft. "Because … all those pieces have to come together in a really specific way. And then for them to end up right in the town where these crimes happened, it can't be a coincidence." 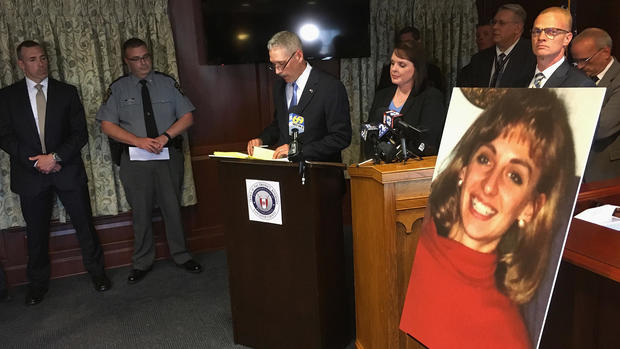