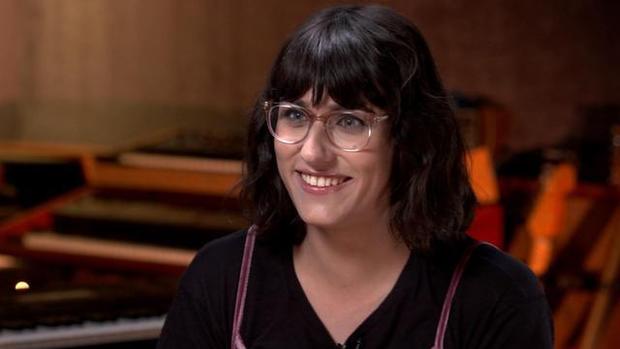 Shawn Mendes' hit song "In My Blood" is up for song of the year at next month's Grammy Awards. It's his first year being nominated and it's also the first nomination for one of his co-writers, former teen pop star-turned-producer and songwriter Teddy Geiger.

Geiger has worked with a number of big names, including One Direction, Leon Bridges and the Dixie Chicks, but Mendes remains one of her closest collaborators, working on all of Mendes' multi-platinum singles, including "Stitches," "Mercy," "Treat You Better," and "There's Nothing Holding Me Back." But as Geiger told CBS News' Vladimir Duthiers, this nomination comes at a pivotal moment for her personally and professionally.

"Everybody has had that experience of really wanting to do something and being afraid," Geiger said of "In My Blood." "I think everybody who was there working on the song like has that sort of spirit … just kind of not being an option to give up."

That's partly what inspired Geiger and Mendes to write their latest smash hit.

"The best stuff we do comes from, like, having conversations and just hanging out as friends … and I think the thing that really makes it great is Shawn being truthful about how he feels and what he's going through," Geiger said.

While working with Mendes on this album in 2017, Geiger decided she was ready to come out publicly as transgender.

"He was just super supportive … I felt like accepted and loved," Geiger said.

Growing up in Rochester, New York, Geiger was drawn to music at a young age, learning guitar and piano, writing songs with friends, and recording demos in the basement. Geiger hit full-blown teen heartthrob status in the mid-2000s with the single "For You I Will." But she started feeling like a pop star product and had long struggled with her gender identity.
"You know a lot of times I'd be styled and like wearing a t-shirt I wouldn't ever wear. All the sudden there's this image of you and you're like, hold on, wait," Geiger said.
At 21, Geiger stepped away from teen stardom. She established a career as one of the most sought-after songwriters in the industry, writing for artists like One Direction and James Blunt. But while Geiger gained a reputation as a studio virtuoso, she also developed anxiety and a dependence on cigarettes and marijuana.
"I wasn't sleeping. I wasn't eating that great. And it would just be like from the time I woke up 'til the time I went to bed," she said.
Geiger went to treatment for obsessive-compulsive disorder. It was there she confronted her truth — that she is transgender.
"When I was growing up, I didn't know of anybody who was trans … there was always this like shame, anxiety thing around all of that, even if I wasn't actively like expressing it," Geiger said.
There had been moments when she did express her femininity on the advice on an ex-girlfriend.
"Painting my nails was one of the things I liked to do, and I was so terrified of like ever letting anybody see my nails painted … She was like 'Well who cares? Just paint your nails.' So I started just painting my nails and going out," Geiger said.
She said the urge to smoke and her OCD tendencies went away within a week after coming out to those closest to her.

"So I told a couple friends about it … I was like 'hey, might be trans, might want to look at doing hormone therapy, just letting you know' … and they were like 'Yeah cool. Who cares? Like whatever, awesome," Geiger said.
Geiger is one of three transwomen to receive Grammy nominations this year. A win would be historic.
"It's cool for people to be able to see that and to have more artists and people who are trans just like doing things and kind of being visible," she said.
In November, Geiger released her first solo album since transitioning, "Lillyanna," named for the online pseudonym she used in her younger years. The album – a collection of songs Geiger wrote over the course of eight years – explores identity, self-expression and the freedom she's found.

What she sees when she looks in the mirror now: "Myself."

"I'm not always 100 percent happy with it you know, but still I'm psyched," she said.

Geiger said her family and friends have supported her through everything. 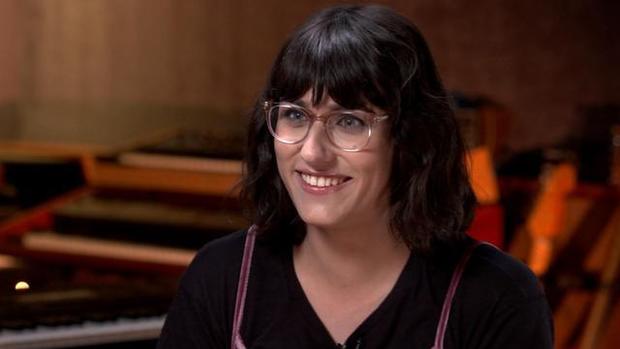