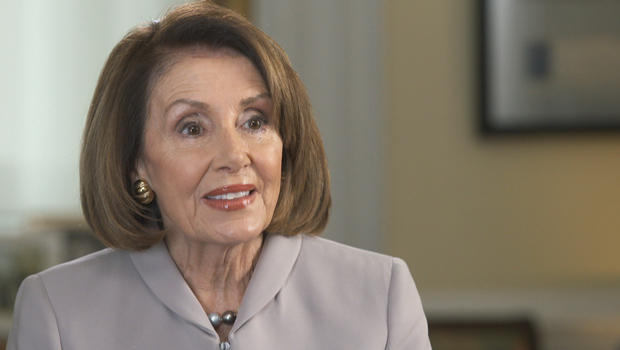 Nancy Pelosi capped her unlikely comeback this past week surrounded by children. The California Democrat was elected, once again, the Speaker of the United States House of Representatives, and become the most powerful woman in American history.

"That's funny, isn't it?" she laughed. "Sadly, I was hoping that we would have an American woman president just two years ago."

"Well, the Speaker has awesome power. But if the President of the United States is against governance and doesn't care whether people's needs are met or that public employees are paid or that we can have a legitimate discussion, then we have a problem, and we have to take it to the American people," she replied.

Speaker Pelosi ushered in a new era of divided government in the midst of a government shutdown – 800,000 federal government employees furloughed or working without pay, national parks and museums closed.

President Donald Trump is demanding $5.6 billion to fulfill his campaign promise of a wall along the Mexico border. Pelosi has vowed to block any funding to build it. A tense standoff between the president and Democrats at the White House Friday lasted two hours.

"Well, I hope so," Pelosi replied. "But the fact is, he has said it again and again."

"Are you recalibrating your assessment of how you can work with this president?"

"Well, let me first say that our purpose in the meeting at the White House was to open up government," said Pelosi. "The impression you get from the president [is] that he would like to not only close government, build a wall, but also abolish Congress so the only voice that mattered was his own."

Pelosi is described by friends and foes alike as a master legislative strategist. The first woman elected Speaker of the House in 2007, she was a fierce critic of then-President George W. Bush, but Pelosi rounded up Democratic votes to help him pass an economic bailout package.

Pelosi again delivered the votes for the Affordable Care Act in 2010, which Republicans derisively called Obamacare. That fall, they retook the House.

Nancy Pelosi is arguably the most galvanizing and polarizing figure in politics. She would not argue, having been featured in thousands of attack ads.

She said, "You go into the arena and you understand that you will be a target. And that isn't anything that should keep you out of the arena. And so I always say to women, 'Just be yourself. Be who you are.'"
Pauley asked, "Did you learn that from the experience of being a target?"

"Yeah, I think, I think so. If you're effective, you're a target. There's just no question.

"So, they have to undermine. But that doesn't bother me. That's their problem."

This fall she even faced a revolt from members of her own party, who called for a new generation of Democratic leaders to take on President Trump.

At her December 11th meeting at the White House, Mr. Trump spoke to the press about the insurgency. "Nancy is in a situation where it's not easy for her to talk right now," he said.

But going toe-to-toe in a televised standoff with the president may have helped seal the deal. She corrected the president – "Please don't characterize the strength that I bring to this meeting as the leader of the House Democrats, who just won a big victory" – and she left that meeting in shades and a flaming red power coat, making her a social media celebrity.

The result? On Thursday, many of her staunchest critics ended up casting votes for Pelosi.

Counting votes is in her blood. She was born the daughter of a Congressman, later the longtime mayor of Baltimore, Tom D'Alesandro. Nancy was the youngest of seven, and the only girl.

Married at 23, she had five children. While active in politics, she didn't begin a political career until age 47.

She said, "When my youngest daughter, Alexandra, was going into senior year, I [said], 'Alexandra, Mommy has a chance to run for Congress. But you have one more year at home, so I'm hesitant to do that. If you don't think I should go, I won't, and I'm happy with that decision.' And she said, 'Mother, get a life!' What teenage girl wouldn't want her mother out of the house three nights a week!

"Well, I had never heard the expression, 'Get a life,' but then I did!" she laughed.

Three decades later, she once again has the top job in Congress, with the best view in Washington – from a Capitol on edge.

"Well, we will talk about what we talked about in the campaign for the people: Lower healthcare costs by reducing the cost of prescription drugs and preserving pre-existing condition benefit; building bigger paychecks by building the infrastructure of America."

"So, impeachment not high on your agenda?"

"Well, that would be depending on what comes forth from the Special Counsel's Office. If and when the time comes for impeachment, it will have to be something that has such a crescendo in a bipartisan way," Pelosi said.

On Thursday, the president had kind words for Pelosi. "I just want to start off by congratulating Nancy Pelosi on being elected Speaker of the House," he said. "It's a very, very great achievement. I think it's actually going to work out. I think it'll be a little bit different than a lot of people are thinking."

Pauley said, "President Trump hasn't given you a nickname, that I know of."

"And to me, it means one of two things; either he doesn't regard you that seriously, that you need a 'gotta cut her down' nickname, or that he has some respect for you."

"So, you have to remind him of that periodically?"

"No. I don't know. We'll see. We shall see. It isn't so much about him. It's about the office that he holds, the Presidency of the United States. Sometimes I think I respect the office he holds more than he does."

As the first woman elected Speaker of the House, her place in history was already secure. But her defining role in history may lie ahead of her.

She said, "If Hillary Clinton had won and the Affordable Care Act would be safe, I would've been happy to go home. I have options!"

"You would have retired?"

"Yeah, well, I don't know if I would retire. I would've gone home. Yeah, I see my role as more of a mission than job tenure. And when the mission is accomplished, then I can have that satisfaction that when I was needed to get the job done, I was there to do it." 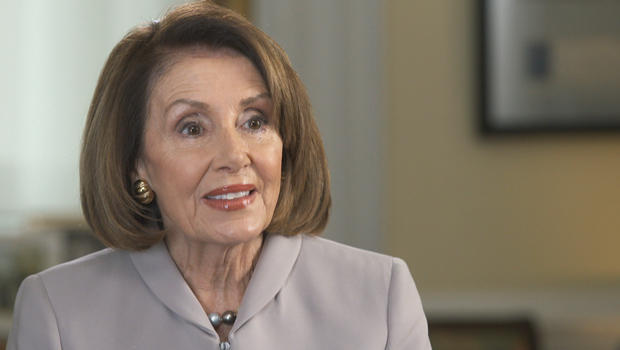 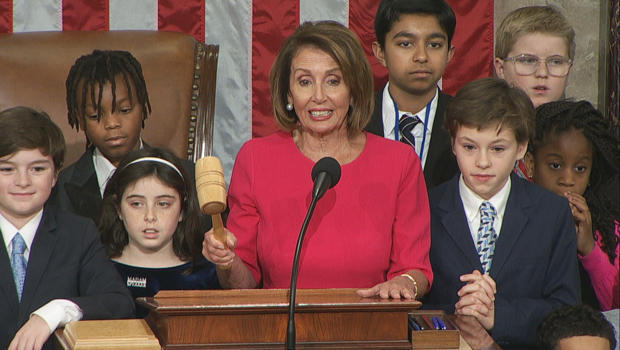 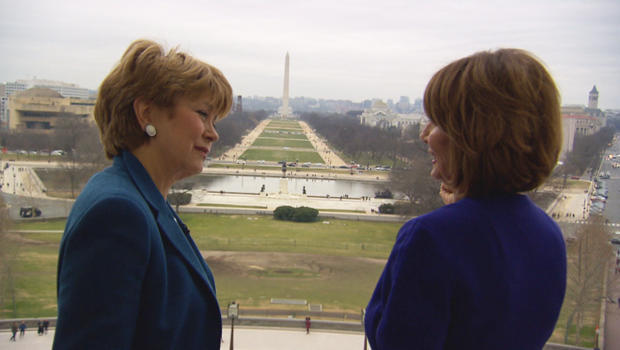 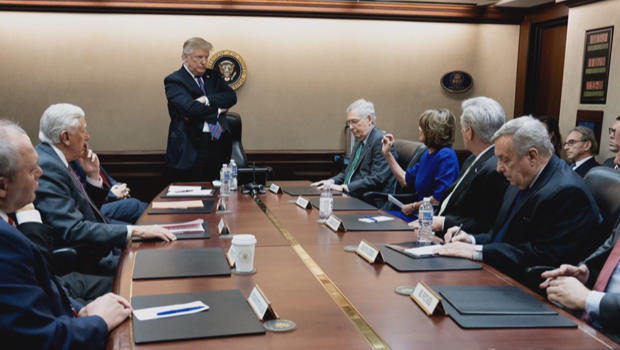 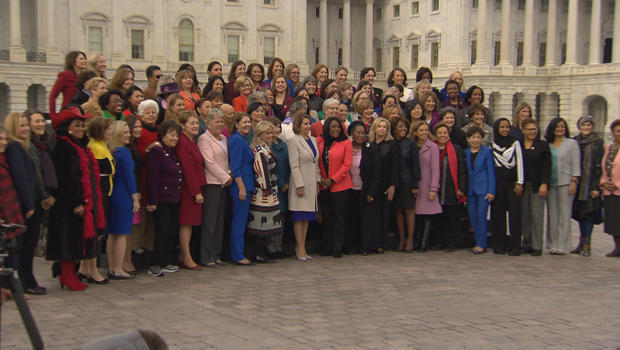