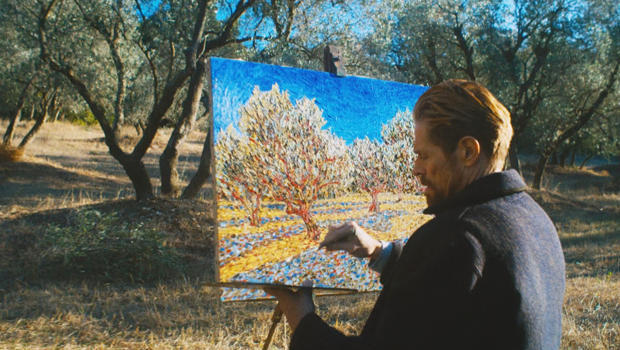 At the Metropolitan Museum of Art in New York, the actor and the artist come face-to-face, as Willem Dafoe studies a self-portrait of Vincent van Gogh. "It's like a relic, I can't get over that. Once upon a time, in another time, he was right here [painting], you know?

"I laugh when people say, 'You look like Van Gogh,'" he said. "He looks very different!"

It's a remarkable close encounter that extends beyond the exhibit space to the big screen, where Dafoe plays the painter in "At Eternity's Gate," a new film about the final months of Van Gogh's tortured and brilliant life.

And in a prolific stage and film career spanning 40 years, with parts ranging from soldiers ("Platoon") to super-villains ("Spider-Man"), Dafoe says nothing compares to this.

"I love this movie. It was a beautiful experience to make [it]," he said.

"He changed you?" asked correspondent Serena Altschul. "How did Van Gogh change you? How did the film change you?"

"It changes how I see, and not just painting, but how I see things in life."

That new perspective includes a different way to approach this almost-mythical figure. Unlike previous movies about the artist, "At Eternity's Gate" focuses on what he created, not the madness that consumed him.

"Yes, he had lots of challenges, no doubt about that," Dafoe said. "But he was also productive. He was painting practically a painting a day. And you can tell from his letters how happy he was, his feeling of seeing something that's beautiful."

At 63, Dafoe is 26 years older than Van Gogh at the time of his death, but for director Julian Schnabel, he was destined for the role.

Altschul asked, "In your mind, it was Willem Dafoe?"

"It was always gonna be Willem," Schnabel said. "He became something else. I don't think it's a performance. He was the incarnation of something."

Dafoe did undergo a makeup test: "He invited me over to the house, his place. And they put a beard on me and shot pictures. And I think he sat with those images for a little while. And then shortly after, he said, 'Let's do this thing.'"

It seems only fitting that Schnabel, a filmmaker ("The Diving Bell and the Butterfly") and painter known for his outsized art, and personality, would take on this larger-than-life subject.

He said, "I wanted to make a movie that wasn't about Van Gogh. I wanted the audience to feel what it was to be him."

Schnabel has the fame and fortune that Van Gogh never had in life. But the 67-year-old, whose works have sold for millions, says the Dutch painter achieved something truly priceless. "This thing in the film is, it kinda talks about, really, what success is," he said. "I, for one, think that Van Gogh was successful because he achieved what he wanted to do. He is his paintings. And those paintings are still conversing with us. And I say that's a huge success."

Much of "At Eternity's Gate" was filmed on location in the South of France, with Dafoe retracing Van Gogh's footsteps, an experience he calls intense and enlightening. "It's a good feeling when you look out at a landscape and it's almost recognizable," he said.

As for the still lifes, landscapes and portraits, Schnabel did most of them, but not all. Dafoe recreated Van Gogh's 1888 painting "Shoes," with some advice from Schnabel. "Julian coached me on painting the shoes," Dafoe said. "This is why, even though when I'm painting I'm not painting necessarily in the style of Van Gogh, I'm painting. But there are things [in Van Gogh's brushstrokes] I recognize."

This is Schnabel's sixth film, but with his paintings hanging alongside works by 19th century masters at the Musee d'Orsay in Paris, it's clear the canvas will always be his calling.

Altschul asked if he would ever stop painting. "No," he replied. "I can't stop painting because if there's anything, the way I mediate the world is through painting. I mean, my way of living or reason to live is to do that."

Dafoe's performance has drawn raves, and he's been nominated for a Golden Globe Award for Best Actor, a first for him.

Altschul said, "This is a moment for you. Do you think, 'I'm now being acknowledged for my work as a leading male'?" 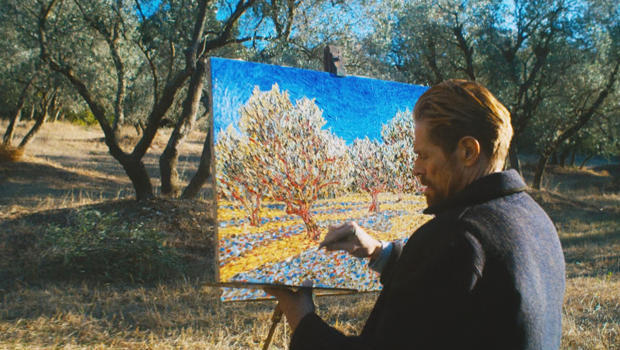 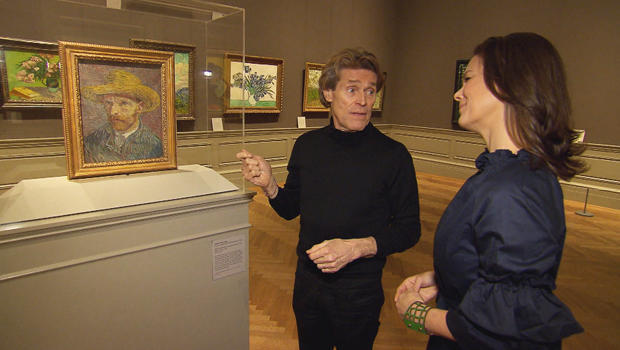 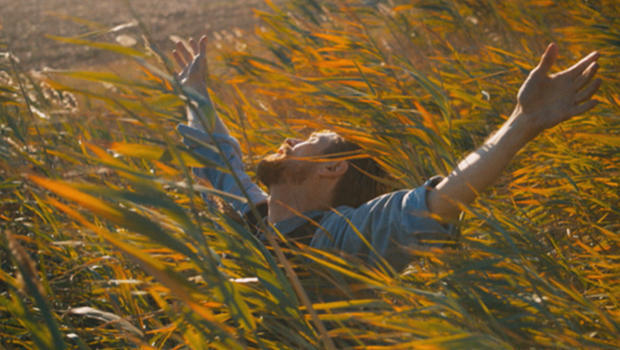 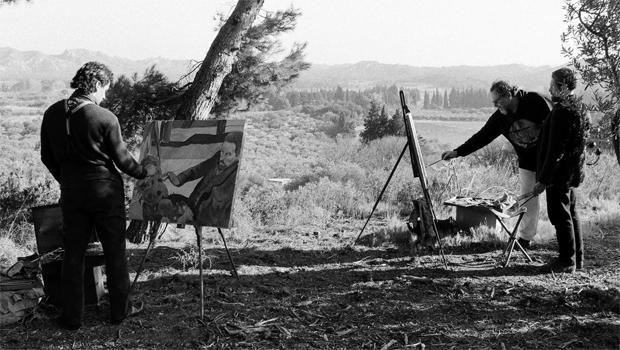 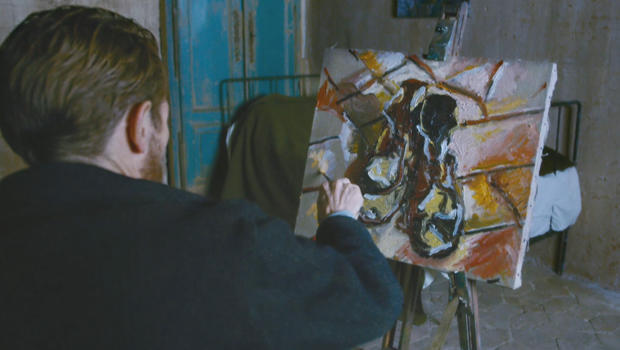