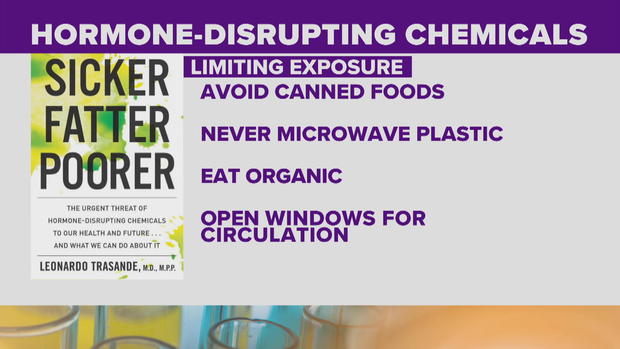 The new book "Sicker, Fatter, Poorer" starts with an ominous comparison of what the children in a New York City playground in the 1960s look like compared to children today. It's not great for today's kids.

Written by children's environmental health expert Dr. Leonardo Trasande, the book highlights the potentially harmful effects of thousands of chemicals in our food, environment and household and personal care products that could be linked to conditions like obesity, diabetes, brain disorders and fertility problems.

Trasande attributes a lot of those negative effects to four categories of hormone-disrupting chemicals: pesticides used in agriculture; phthalates, which are used in personal care products and food packaging; bisphenol A (BPA), which is used in aluminum can linings and some plastics; and brominated flame retardants, which are used in furniture, electronics and even mattresses.

While diet and exercise, of course, also have a huge impact on the high rate of obesity in America, Trasande argues that reducing our exposure to hormone disrupters is a very simple step people can take to lower the risk of harm.

"They scramble hormone signals and shift our diet and how it's transformed in our body into fat as opposed into muscle or other categories," he said. "The reality here is that there are safe and simple steps we can take to limit those exposures, which may be easier to accomplish as opposed to changing diet and physical activity, which can be more fundamentally difficult."

He recommended reducing your exposure to bisphenols by avoiding canned foods altogether and by looking at the number located on the bottom of plastic containers. According to Trasande, containers numbered 3, 6, and 7 are "not safe for use across the board."

"We have to ask ourselves fundamentally, how we're going to gamble with our health, whether we want to take that gamble. … We need to empower consumers to make up their own minds and take the safe and simple steps they need," Trasande said.

As for how exposure to these chemicals makes the U.S. poorer, Trasande points to the ultimate economic cost of diseases like obesity and diabetes.

"The reality is that policy predicts exposure, exposure predicts disease and disease ultimately costs our economy. We found that these exposures cost the United States $340 billion a year. That's 2.3 percent of our gross domestic product," he said.

In a statement to "CBS This Morning," the American Chemistry Council trade group said, "to stay below ranges of exposure determined to be safe, consumers should read product labels closely and follow directions carefully."

It also said that "because phthalates are widely used in many consumer products, not just cosmetics and personal care products, their safety has been extensively researched and reviewed."

We not hear back from the FDA because of the partial government shutdown.

"Sicker, Fatter, Poorer: The Urgent Threat of Hormone-Disrupting Chemicals to Our Health and Future . . . and What We Can Do About It" goes on sale January 8, 2019 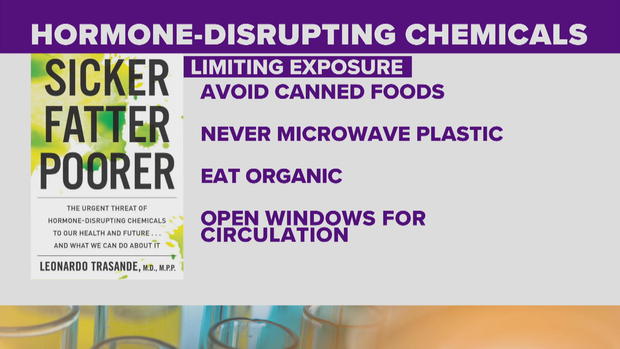