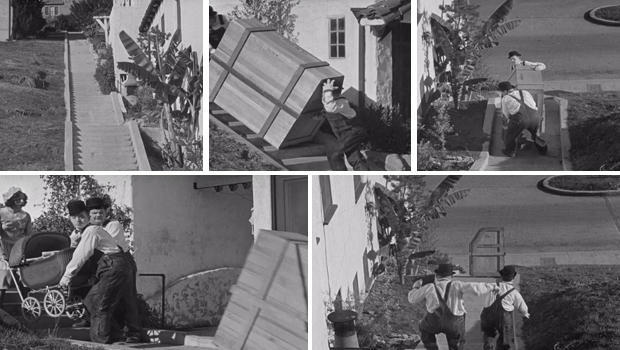 Not far from L.A.'s famed Sunset Boulevard sits an old flight of stairs, remarkable in that one, it's still there,and two, it has a name: the Music Box Steps. That long, long staircase was the stage for one of Hollywood's funniest gags, imagined by one of its funniest duos, Stan Laurel & Oliver Hardy.

"The Music Box"won an Oscar in 1933, the first Academy Award ever given for a live-action short subject.

"I felt a little proprietorial about him in some ways," said Coogan. "I feel like I'm not going to let anyone else get their dirty hands on this role, because I feel like, despite my anxiety about it, I wanted to have a go."

The film focuses on the team's later years, when they embarked on a stage tour of the U.K. back in 1953.

Their likeness to them is uncanny. Reilly, who's up for a Golden Globe for his performance, had to spend four hours every day in makeup just to achieve Hardy's 250-pound appearance.

For director Jon S. Baird, the challenge wasn't just their looks, but getting the laughs, too.

"I mean, it looks very effortless, it looks like they're just making it up as they go, but for that comedy timing to work, you have to be so on point," said Baird.

Laurel & Hardy didn't invent slapstick, but they refined it. They made it charming, almost elegant, inspiring generations of comedians that followed.

Van Dyke's home in Malibu is covered with pictures of Laurel and Hardy. He became friends with Laurel after he found him listed in the phone book and called him to ask for advice. "When I talked to him on the phone, I said, 'Mr. Laurel, you know I've always admired you, and I'm afraid I've stolen from you.' And he said, 'Yes, I know!'"

Although he rarely got the credit, Laurel wrote nearly every routine for the pair – a good-natured workaholic whose gentleness shone through in his work.

"I was reading something recently that my great-grandfather had written, it was a letter from the studios and they wanted him to do something," said Cassidy Cook. "He replied saying if you can't play it in Sunday school, I won't do it."

Yes, Cassidy is Stan Laurel's great-granddaughter. "People say I look like him. I mean, if I told you how many people asked me to scrunch up my forehead and my chin, and I'll do it, because I get a kick out of it, too!"

Cowan met her at the Pig and Whistle, an old L.A. haunt that still has that old Hollywood feel.

Every story she ever heard about her great-grandfather also included stories about Babe (Laurel's nickname for Hardy) as if the two weren't business partners, but family.

"He really loved Babe," said Cassidy. "I mean, they were close. So few duos of that time actually liked each other, and they did."

Which is why, she says, they never stopped performing, even when ill health and old age started to get the better of them.

Hardy went first, in 1957, leaving Laurel inconsolable. In fact, he kept writing material for the both of them until the day he died, nearly eight years later.

Baird said, "He was so in love with Ollie, and Laurel & Hardy, that he couldn't give that up." He continued to write knowing that it would never get seen.

It's not just the new movie that has people talking about Laurel & Hardy again. An appreciation society called Sons of the Desert, which has hundreds of chapters all around the world, still gathers regularly to pay homage to the duo's genius.

They were two of a kind, that really were one-of-a-kind – and while it's the laughs we remember ("Well, here's another nice mess you've gotten me into"), their simple love of one another is what made all those laughs possible.

To watch a trailer for "Stan & Ollie" click on the video player below. 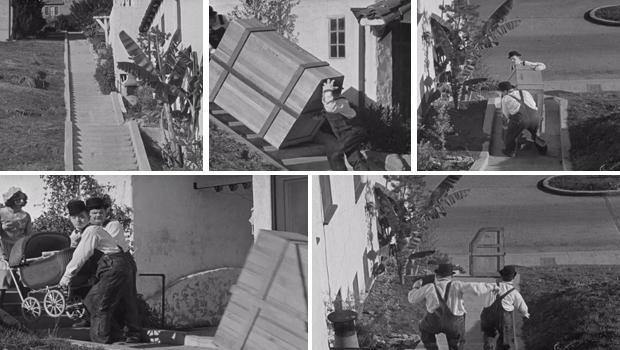 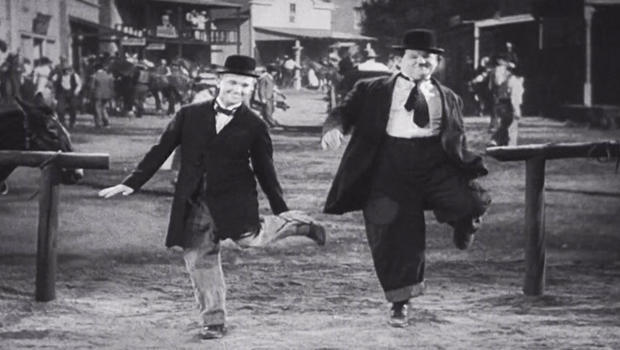 These are the top U.S. athletes to watch in the Beijing...

U.S. sanctions four Ukrainians it alleges were working with Russia