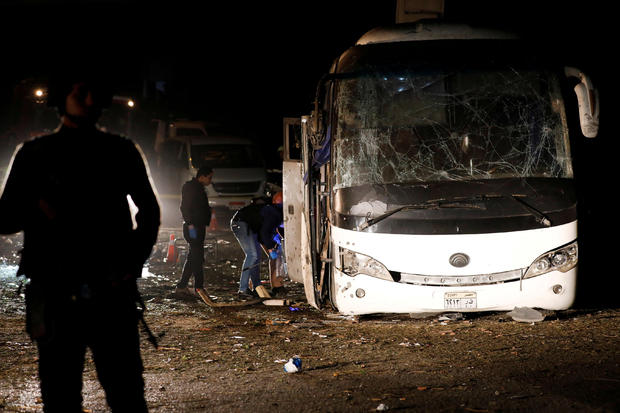 Three tourists from Vietnam and an Egyptian guide were killed and at least ten others were injured Friday when the explosion hit their tour bus near Egypt's Giza pyramids.

"We heard a big bang," said one witness, "and saw people running."

Investigators worked to see how the bus was targeted. They believe an improvised explosive device attached to a wall detonated as the bus went by, CBS News' Barry Petersen reported.

Most of the "terrorists" killed in the wake of the attack were in the area around Giza, but authorities did not say if the raids were directly connected to the blast. The Interior Ministry said in a statement the militants were preparing for attacks on Christian churches, as well as tourism and government facilities and police and army personnel, The Associated Press reported.

The Vietnamese Foreign Ministry issued an angry statement saying it strongly condemned what it called an "act of terrorism."

Egypt's prime minister visited the wounded in hospitals and insisted there is no way to stop terrorists.

"There isn't a country in the world that is 100 percent safe from such attacks," he said.

Terrorists have attacked tourists in the past — all part of an effort to scare tourists away and disrupt Egypt's tourism industry, which has recently started to recover after suffering in the wake of the 2011 uprising that ousted former President Hosni Mubarak. 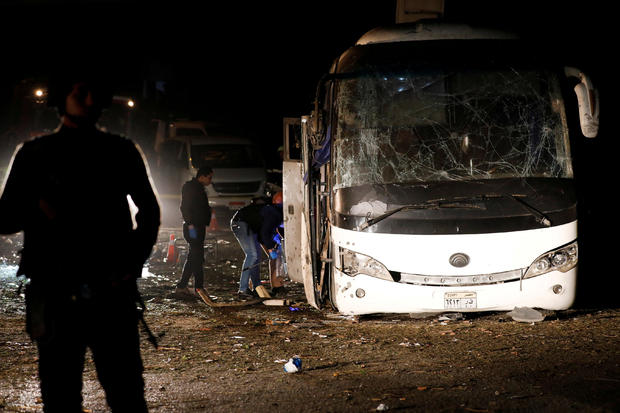