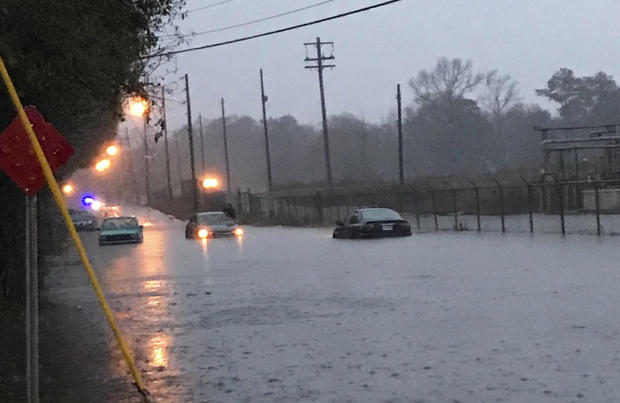 A massive post-Christmas storm has millions in the Midwest and Southwest digging out, while parts of the rain-drenched South are mopping up from floods.

The dangerous weather is blamed for at least two deaths in Kansas and Louisiana.

Across the storm-lashed South, it was water, water everywhere. Up to a foot of rain fell in parts of Mississippi and Louisiana. In Norco, Louisiana, flooded streets forced detours. One eighteen-wheeler flipped over trying to turn around.

In New Orleans, St. Charles Parish, many residents woke up to a watery misery.

"I heard the alarm that went off, thank God," said Darren Vinnett, a St. Charles Parish resident. "And then when I did wake up I stepped into puddles of water."

The wintry mix has been marching across the West and Upper Plains all week. It dumped snow up North, flipping a tank truck on icy roads, and drenched the South. One of the hardest hit areas was Hattiesburg, Mississippi, and nearby Greene County.

"It's wet. It's muddy. It's bad," said pastor Devin McIlwain.

Four feet of water flooded his Baptist church. "The smaller pews that aren't bolted down floated in," he said. "Tables are turned over. Chairs turned over."

The Atlanta Fire Department tweeted this warning to motorists: "Turn Around, Don't Drown." Even one of the fire stations was flooded.
Water surged over streets and into passing traffic near cresting Peachtree Creek.

"This was all grass, all lawn. There's a barbecue pit out there somewhere," said Chuck Sweet, who was house-sitting for his son and saw the backyard disappear.

"It was going straight through here taking everything with it," he said. 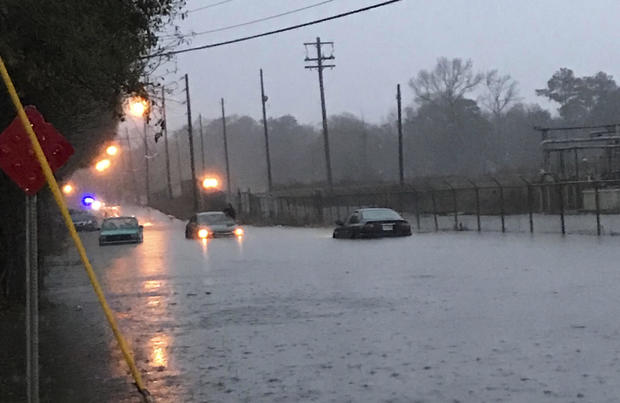