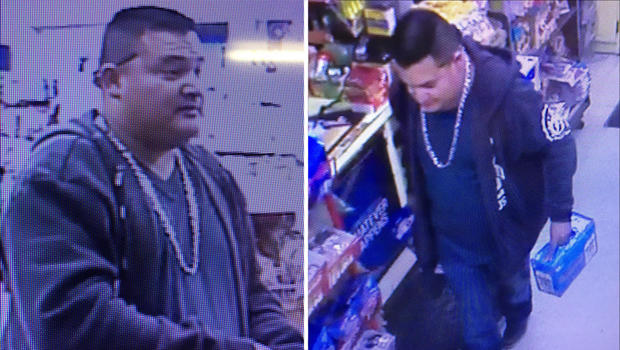 An intense manhunt is underway tonight across California's Central Valley for a suspect who shot and killed a police officer. It happened early Wednesday in the town of Newman.

Cpl. Ronil Singh became the 51st law enforcement officer in the U.S. to be fatally shot this year in the line of duty.

Investigators hope surveillance video can help them track down the man wanted for killing Singh. The suspect is seen buying several packs of beer before getting back into his Dodge Ram pickup truck. Stanislaus County Sheriff's detectives tell CBS News they believe this video was taken before Singh was shot.

"The vehicle does not have an actual California license plate," said Stanislaus County Sheriff Deputy Royjinder Singh (who is not related to Ronil Singh). "It has paper dealership plates with the title AR Auto."

Singh was shot during a traffic stop just before 1 a.m. Over the radio, he called out "shots fired." Multiple agencies responded, finding Singh alive but suffering from several gunshot wounds.

He was pronounced dead at the hospital. Authorities have spread out, trying to cut off escape routes. Investigators say Singh gave a description of the suspect's vehicle: A gray, extended cab Dodge pickup truck.

Singh, a 33-year-old Fiji native, was a husband and new father. He had been with the department for more than 7 years.

"He was living the American Dream, I'll put it that way," said Royjinder Singh, who called him a friend. "He went to the police academy and got his dream job of being a police officer. It definitely makes a toll, an impact, that one of my friends, one of my buddies, died doing his job."

CBS News has confirmed there is no bodycam and no dashcam video of the shooting — and the motive is still a mystery. California Gov. Jerry Brown ordered all flags fly at half-staff in honor of Singh. 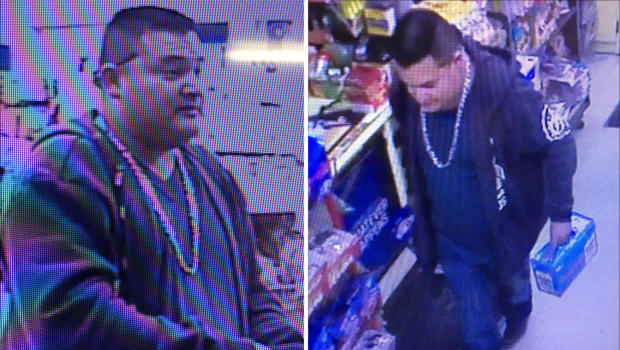 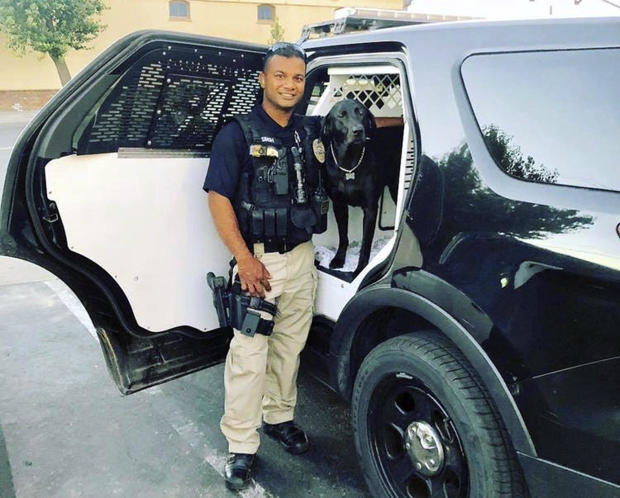 After getting silver in 2018, skier Alex Ferreira chases gold in...

Kamala Harris mug sells out after Biden buys one