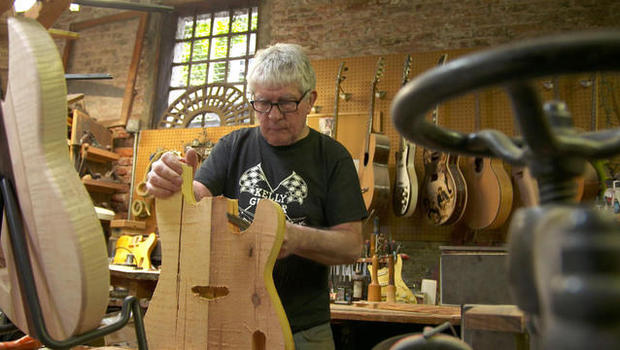 This piece originally aired on August 7, 2018

An increasing amount of new construction is dotting the iconic New York City skyline. But as big buildings go up, a small music shop is working to preserve history – one guitar at a time.

Tucked away along a two-block stretch in New York City's Greenwich Village, seemingly insulated from an evolution outside its doors, is Carmine Street Guitars. It's one of the few shops remaining in this city that still has roots firmly planted in old New York, reports CBS News correspondent Vladimir Duthiers.

For more than half a century, owner Rick Kelly has built the electric guitars. Kelly's 93-year-old mother, Dorothy, keeps the books in order.

"New York City is so special," Kelly said. "The neighborhood's gone through lots of changes. You know — a lot of the old places, the old haunts kind of came and went. A lot of the clubs are going under."
Even in a digital age, where production is rapidly trending toward automation, everything at Carmine Street Guitars is still crafted by hand. The sawdust that lines the floorboards at the shop were once part of New York City – old cultural landmarks, many that no longer exist.

"You call the reclaimed wood that you use in these guitars the 'old bones' of New York," Duthiers said.

"The bones of old New York, yeah. Yeah, it's because it's the bones of these buildings. All of these buildings are framed out in this old wood," Kelly said.
"They throw it away basically. I find it in dumpsters. I do a lot of dumpster divin'," Kelly added. "And I've managed to get some really nice, iconic, historic buildings."
Littered among the stacks of pine in Kelly's shop include beams from the 130-year-old Chelsea Hotel, McSorley's, and prohibition-era speakeasy, Chumley's — stomping grounds for some of rock 'n' roll's greatest talents and literary giants from Hemingway to Fitzgerald.

Kelly pumps out about four custom guitars per month, capturing a bygone era and re-purposing it into his instruments. He's had patrons like Bob Dylan, Patti Smith and Lou Reed.

J.P. Cousin has been one of Kelly's customers for nearly a quarter century.

"I would say Rick is the last vestige of, you know, homemade products," Cousin said. "The man builds guitars for Roger Waters from Pink Floyd… You want to stop here and hang out for five minutes, but you also have to know 10 minutes later, Rick wants you to leave because he's busy."

"What's it mean to you when you see a concert and you see your work of art being used by another artist creating art?" Duthiers asked.

"It's amazing to see. When Lou was at Carnegie Hall and he was playing my guitar, it was like, 'Wow, that's like magic,'" Kelly said.

"J.D. Salinger and Hemingway sat in those benches and chatted to each other on those same timbers that I get to make guitars from," he added. "When you first start cutting it, you can smell… when you walk by a bar in the morning after the place has been closed all night. It has that smells coming out of door. It smells like that when you cut this wood." 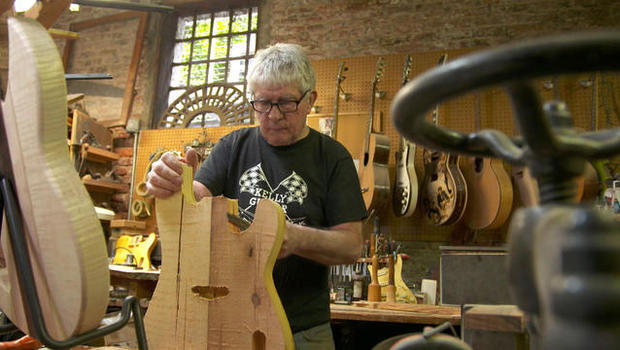 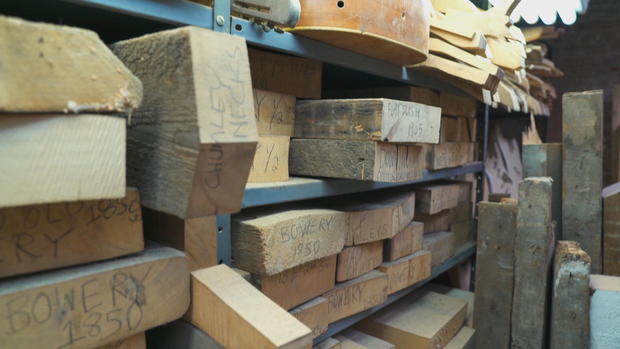 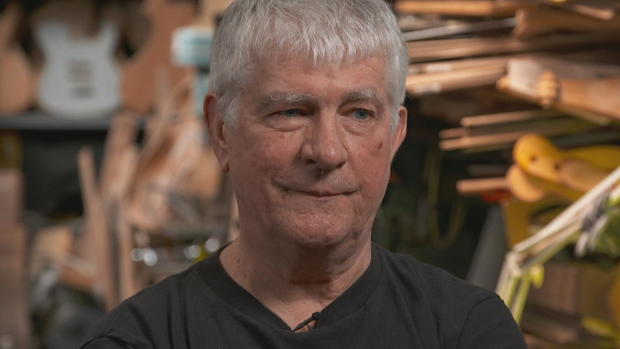 Biden says he's “not sure” about voting bills' future after Sinema...