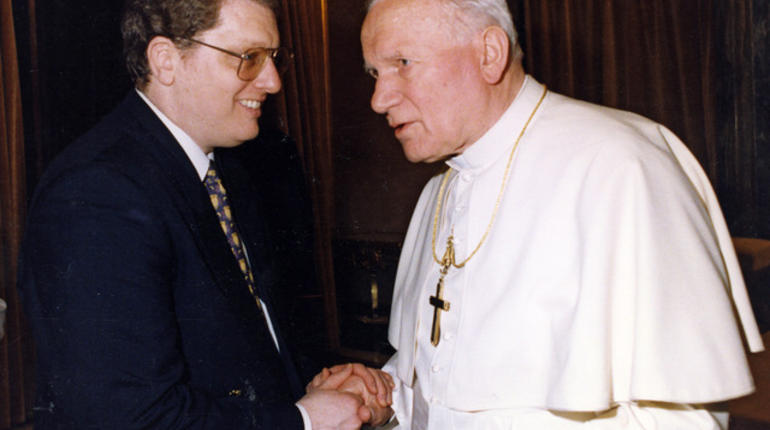 The Pope and his Jewish maestro

"Do you ever pinch yourself and wonder how you got here?"

At the time, Levine had just been bestowed with a Vatican knighthood by Pope John Paul II. It was the first time a musician had been knighted by a pope since Mozart. Aired in 2001 on "60 Minutes," this is the story of how an unlikely friendship between a pope and a "nice Jewish boy from Brooklyn" helped changed relations between Jews and Christians forever.

And if that's not enough, there's also a pope joke in this piece– as told by the Pope himself. Here at "60 Minutes Overtime," we've decided to use the holiday season as an excuse to post this wonderful old piece online. This is one story that shouldn't be buried in the CBS archives.