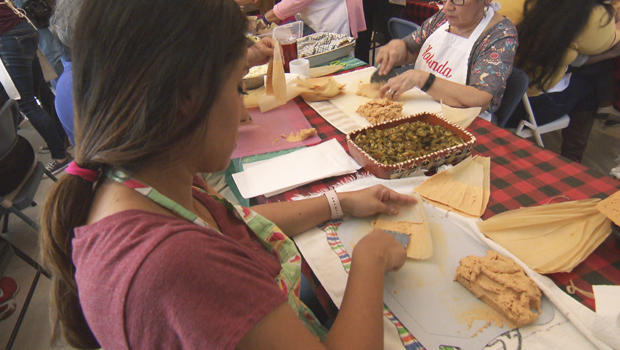 The holidays are a time for wrapping presents, wrapping houses in lights, and for the Ruizes of Austin, Texas – like so many Mexican-American families at Christmastime – wrapping tamales.

For the past 46 years without fail, the family has gathered to wrap pork and beans in the corn flour dough known as masa. Correspondent Mo Rocca happened to be in the neighborhood, and so he joined their tamale-making party, known as a tamalada.

Cousins Carmen, Ruth, Ester and Yoli grew up loving their grandmother's tamales. But their grandmother passed in 1971, leaving no recipe behind. So the women turned to an elderly aunt, but she hadn't written down the recipe, either.

Carmen said, "So, we frustrated her to no end that first time, because we were like, 'Don't put that in there. We're gonna measure it first.' 'Ugh, you're making me slow down.' Everything she did, we measured. And that's how we came up with the 'recipe.'"

Three generations of sisters, nieces, mothers and daughters travel from all over the country for the two-day reunion. "Everything gets talked about – we gossip a lot when we're together!" laughed Ruth.

Like birth announcements, and engagements? And who's gotten divorced?

It might sound fun, and it is! But there are rules, all written down, the Tamalada Talmud, if you will.

All members must attend both days. If you invite your guests to sit at the table, give up your chair and you can sit behind her.

There's a pecking order, too; seniority determines how many tamales members can take home. "We've kind of adjusted a lot of our rules," said Ruth. "I know they seemed kind of silly and kind of harsh to some of the younger group.

"But you know what? You don't learn unless you commit!" Carmen added.

Tamales originated in Mesoamerica (what is modern-day Mexico and Central America) over 7,000 years ago. They were holiday favorites back then, too, given as offerings to the gods during special occasions.

And it was a special occasion that brought Rocca to San Antonio's historic Market Square, at the recent Gran Tamalada. Tamales were in abundance.

Tamale expert professor Ellen Riojas Clark told Rocca, "A tamale is not carved in stone. So it's whatever your taste buds are or your family ones. Or, hey, let's try this one. Or let's try that one."

And, Professor Clark says, tamales were the first grab-and-go meal. "You don't need a fork, you don't need a spoon. You don't need anything except your hands," she said. "Hold the tamale, push it up, and you eat it. It's the first portable food that the hunters would take on their trips."

This year the Ruiz family made three hundred dozen tamales. They'll enjoy them through the year. But it's the tradition of making them together, at Christmastime, that fills the tamalada with meaning. 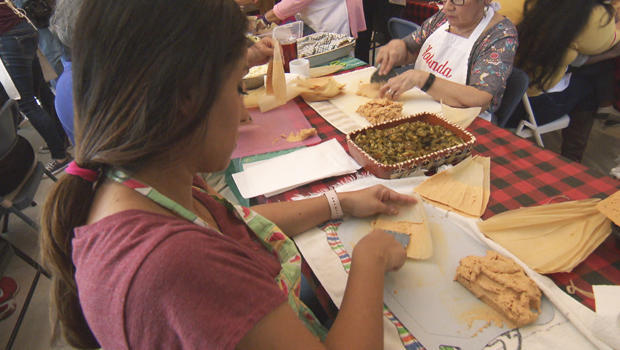 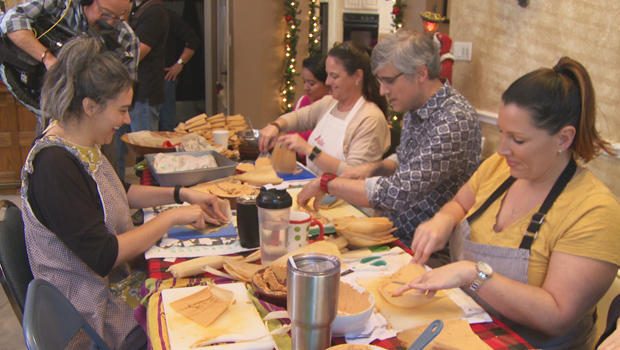 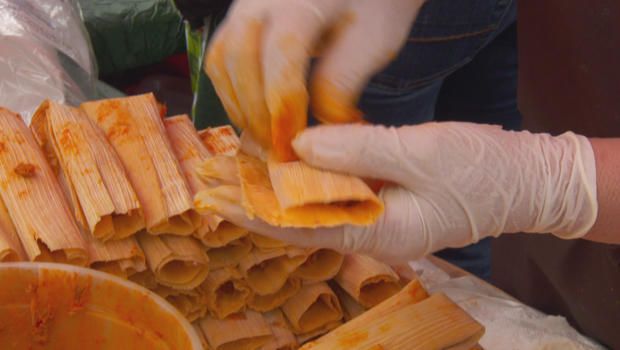 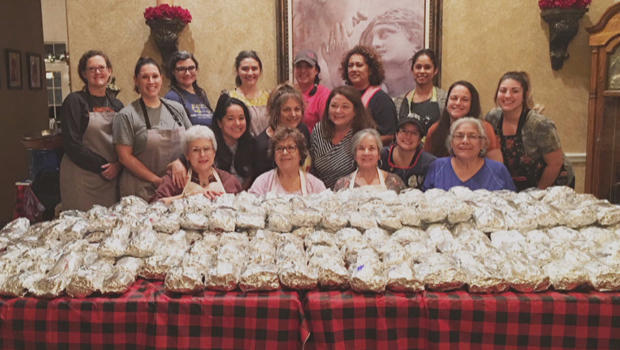