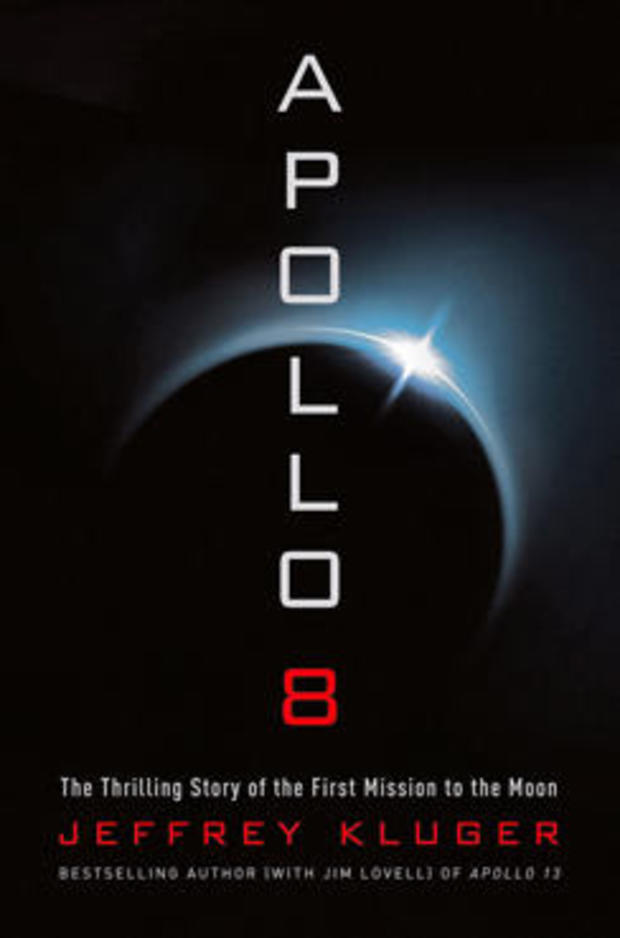 Although the moon seems ever so familiar, we're really barely acquainted. Only a few souls have ever ventured there and back, and of those who have, few are left.

Bill Anders is one of them, still flying high at age 85. As correspondent Lee Cowan noted, to look an Apollo astronaut in the eye, it's hard not to imagine what those eyes have seen, Anders' especially.

Fifty years ago this week, on Christmas Eve no less, he and the crew of Apollo 8 saw our home as no human ever had, like a holiday ornament hanging over the moon.

"It was ironic that we'd done all this work to come and explore the moon, and what we really discovered was the Earth," Anders said.

The year was 1968. Little seemed right with the world that Christmas. War, riots, assassinations – the mood was hardly festive, said the author of a recent book on Apollo 8, Jeffrey Kluger. "This was a year of sorrow and suffering and of massive bloodshed," Kluger said.

"And then at the end of the year, we had this moment to do this magnificent thing. It was serendipity saying, 'Humanity, you guys deserve a break, make the most of it.'"

The launch of Apollo 8 was set for just four days before Christmas. The capsule that sat high atop the most powerful machine man ever built looked tiny then, and still does, where it sits at the Museum of Science and Industry in Chicago.

"I suddenly found myself 360 feet high," recalled astronaut Jim Lovell, who sat in the middle seat. "I looked down below, and there was the news media people coming in to park their cars. It was still dark. And I thought to myself, 'They're sending me to the moon!'"

Apollo 8's commander, Frank Borman, said, "My biggest remembrance about Saturn V was the noise. There's no way you could simulate or train for the noise that that beast put out."

Borman knew this would be a mission full of firsts – no human being had ever traveled further. If everything went right, mankind would never be the same. But to Borman, only one first really mattered: "What I wanted to do was go to the moon and come back alive, because I knew that would beat the Russians."

So, everyone – the Russians included – was glued to their TVs. Although it seemed like we were right there with them, Apollo 8 really was really very much alone.

"I could put my thumb up to the window, and completely hide the Earth," said Lovell. "You have to think about that – over five billion people, everything I ever knew, was behind my thumb!"

Correspondent Lee Cowan asked, "Did you guys say anything to each other? I mean, this was the first time mankind had ever left the Earth's pull."

"I think that was the least of our worries!" Lovell laughed.

After all, they weren't just going to the moon; they were going to orbit it ten times.

But then, it happened: On Christmas Eve, that lonely barren place got some human tidings of great joy.

Lovell said, "We're like three school kids looking into a candy store window, watching those ancient old craters on the far side, slowly slip underneath us."

But describing what they saw proved almost as hard as getting there. "I said that it looked like dirty beach sand," Anders recalled. "That's how I described it, thus gaining the wrath of poets worldwide! Couldn't you have done better?' Probably!"

They really didn't need words in the end. As it turned out, a single photo would do most of the talking – a shot of the Earth coming up above the horizon.

Problem was they had precious little film on board; what they had was supposed to be used to take pictures of the moon, not the Earth. But Anders did it anyway.

Anders said, "Even though that wasn't in the flight plan … hell with that, you know? Here was a beautiful shot."

Known as "Earthrise," it became one of the most reproduced images ever, in part because no other photograph summed up our place the universe (our small place, at that) quite like this:

""This was just a beacon of hope as well as awe," said former Vice President Al Gore. "It pointed the way toward a new understanding of who we are as human beings, even for a brief moment."

For the environmental crusader, that image was proof of how fragile our world is. It's the spirit behind the climate change exhibit at the American Museum of Natural History in New York, and it's the centerpiece to almost every climate presentation Gore has ever given.

Cowan asked, "Is it fair to say that that one image is one of the biggest catalysts for the environmental movement?"

"Oh, no question about it," Gore replied. "Within a year-and-a-half, the first Earth Day was organized, [and] the momentum emerged in the Congress for the Clean Air Act, the Clean Water Act. It transformed the environmental movement into what it became in the immediate aftermath of that image."

It alone may have been enough to secure Apollo 8's place in the conscience of humanity. But it wasn't the final word.

On that Christmas Eve night, the crew broadcast a holiday message to the world.

Cowan asked, "Did you have an idea, though, how many people would be listening in and watching?"

"Well, we were told that we would have the largest audience that ever listened to a human voice before," said Borman.

But what to say? What words would resonate through the heavens on one of the holiest nights of the year?

The astronauts settled on ones that already had, from the Book of Genesis.

"In the beginning, God created the heavens and the Earth, and the Earth was without form and void. And darkness was upon the face of the deep…"

Kluger said, "It was pitch perfect. They were the words of three in some ways very ordinary humans. I always say they had very lunch bucket names: Frank and Bill and Jim. What could be more human than that?"

Cowan asked Borman, "Did you know at the time what kind of impact it would have?"

"No, but as we flew and as we contemplated it afterwards, we all agreed that we couldn't have done anything more appropriate."

Apollo 8 came at the end of one of our most turbulent years, during a season all about peace. "We got thousands of telegrams after the flight, but the one that struck me the most said, 'Thank you Apollo 8. You saved 1968,'" said Borman. "And I think in a way we helped to heal it."

"And from the crew of Apollo 8, we close with good night, good luck, a Merry Christmas, and God bless all of you, all of you on the good Earth." 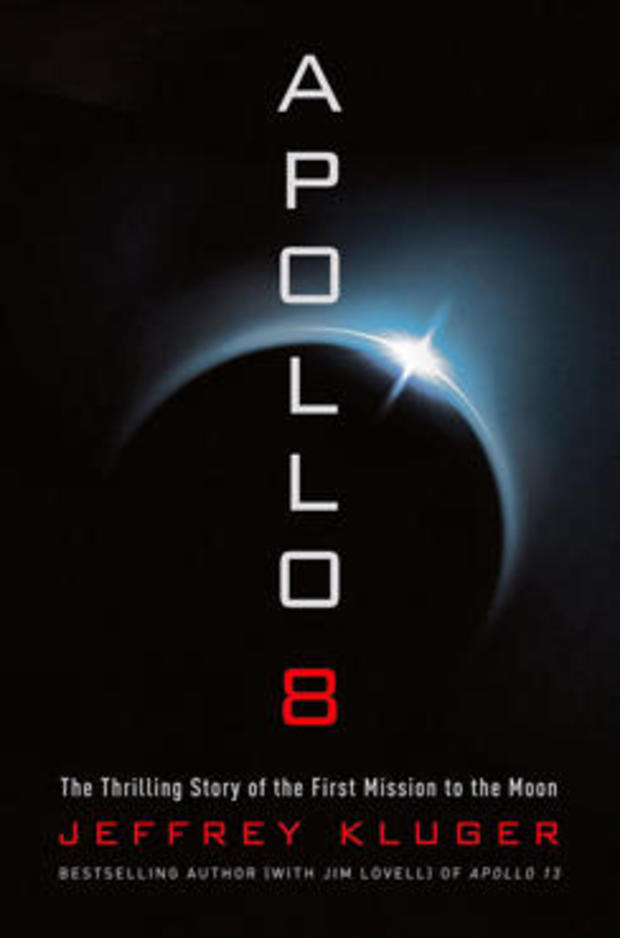 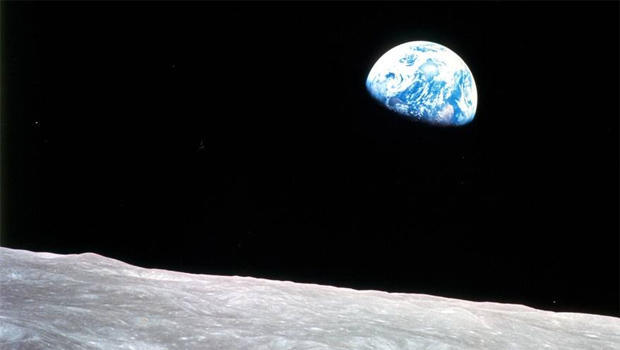