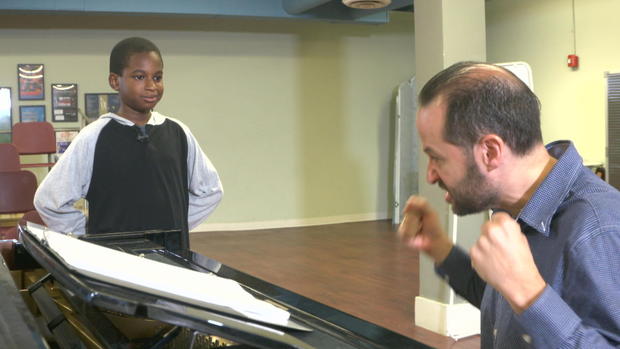 From performing for the pope to singing with Pavarotti, the Philadelphia Boys Choir has a challenging tour schedule and an even more rigorous audition process. For months, we have followed along as 10-year-old Gabriel Beckett competes to become one of "America's ambassadors of song." But, as "CBS This Morning: Saturday" co-host Michelle Miller reports, this journey is about much more than music.

It's September and 10-year-old Gabriel Beckett is auditioning for the Philadelphia Boys Choir. To make the cut, he needs to master 12 classics including "Philadelphia" and "Circle Of Life." For the past three years, conductor and artistic director Jeffrey Smith has been trying to get him there. Gabriel doesn't make the choir this time, but, he's determined to try again.

To understand his journey you have to go back to the choir's very first class — 50 years ago.

"When we got into the choir it just opened us up to a whole new world. You know in Philly neighborhoods you were segregated and then suddenly we were open to whole different cultures," one of the original members said.

Now, Gabriel Beckett has his chance.

"If I make it…it will really feel like doing my family a solid," he said. "It means feeling accomplished…and, like, making them feel proud of me."

His mother Tamika Beckett sacrifices, working a full-time job at a supermarket before shuttling him back and forth to practice by bus, train and subway. After a month of honing his voice, learning his music and controlling his breathing, Gabriel auditions again.

All that work is finally rewarded. He gets his signature red blazer — the iconic symbol that he's a member of the choir.

"I know my mom had to struggle through a lot and earning my blazer I think really lifted her spirits," he said.

It did indeed. And that moment brings back memories for conductor Jeff Smith.

"This is where it all started for me…I was eight years old. This really shaped me and got me excited about world travel," Smith said. "And even here, you know, hanging out and being friends with kids from all different walks of life, it really develops these kids into great men."
As the men of the choir's first class explain it, it doesn't hit home right away.

"I think we were too young to appreciate it but yet it sunk in…all that mattered if that you sang the right notes," one of the members said.

The choir's latest class is solidifying that bond, performing at the Kimmel Center with the Philly Pops and showcasing the bonds of a new brotherhood based on the traditions of the old.

What Gabriel believes he brings to the choir? Compassion and excitement.

And there will be much more excitement in Gabriel's future. This summer, the choir will go on tour in Italy. It will be Gabriel's first trip abroad. And, in case you're wondering, as of 2012, there is also a Philadelphia Girls Choir. 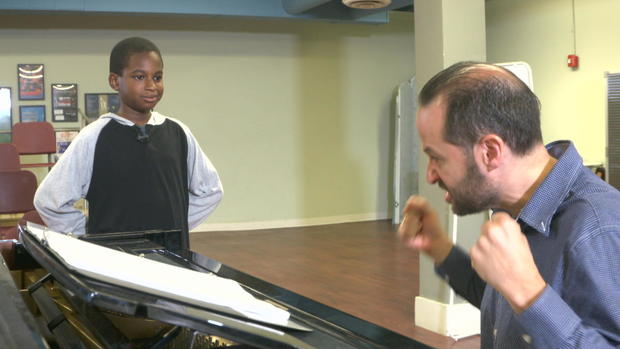 Actor Rick Glassman on “As We See It,” new show highlighting...

National Guard filling in for teachers in New Mexico amid state's...

Man who needs heart transplant refuses to get COVID-19 vaccine