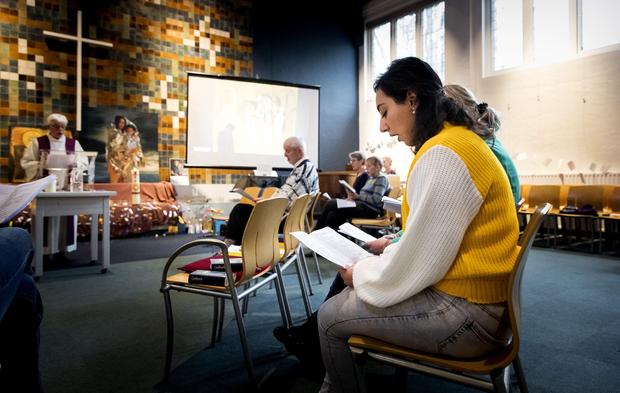 The Hague, Netherlands — It's that time of the year when the faithful flock to churches. But one church service is unlike any other in history: It's part of a holy filibuster.

The marathon Mass has been going on 24 hours a day, for six weeks, five days and 23 hours, without a single break. It's all for the sake of one vulnerable family.

Despite growing up here for the past nine years, Hayarpi Tamrazyan's family was denied asylum. They fled from Armenia because her father's political activism put the family at risk, and have now sought sanctuary at the Bethel Church to escape deportation.

Under an old and obscure Dutch law, police aren't allowed to make an arrest in the middle of a church service. So it goes on and on.

"We are surrounded by people who want to help us and that's just incredible, and it gives us strength to keep going," Tamrazyan said.

The pastor, Derk Stegeman, has kept Mass going and police at bay since the very beginning. Now he's got plenty of reinforcements, with 650 clergy members volunteering to help.

"It's always getting bigger and bigger," he said.

So big there's a two week waiting list, from 20 denominations, throughout Holland and neighboring countries.

"We hope that we can stay here, because, yeah, this is our home. This is where we belong," Tamrazyan said.

The church is hoping for a Christmas miracle, but they said they're determined to preach without a pause until the government changes its mind. 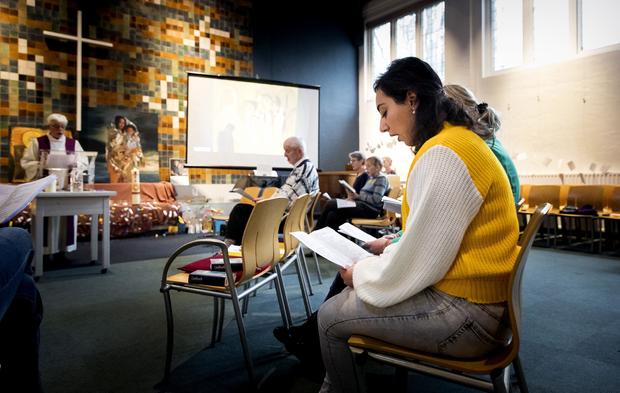