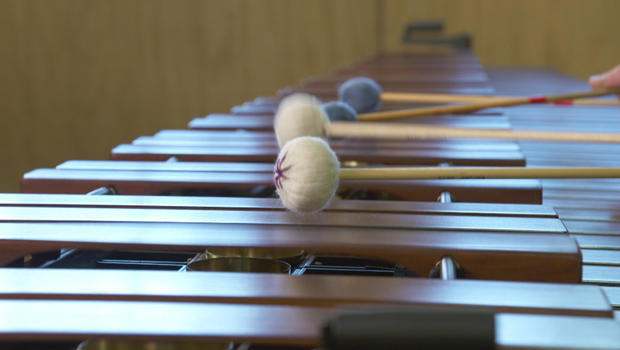 Most of us don't know the marimba beyond the ringtone. But believe it or not, this instrument has been a big part of our musical history.

You may recognize Brian Jones on the marimba with The Rolling Stones performing "Under My Thumb" in 1966:

The marimba is part of the percussion family of instruments, meaning you have to strike them to make a sound – a lot like its cousin, the xylophone, but with a lower range of notes. The marimba and the xylophone have wooden keys and require pipes, called resonators, to amplify sound.

Matt Coe, owner of Coe Percussion, knows a thing or two about marimbas. He makes them in the basement of his Tallahassee home, and he says business is booming.

Likely brought to Europe and the New World through the slave trade, mallet instruments (like the xylophone and marimba) trace their roots to Africa. In the Central African language of Bantu, marimba means "wood that sings." Problem is, that wood is running out.

Coe told correspondent Serna Altschul, "That means that the future of the marimba's uncertain, at least future marimbas. The one thing about rosewood is, it lasts for a very long time. So, [there are] instruments that have been around for 100 years, and they still sound perfectly good."

Honduran Rosewood has been the wood of choice for marimba-makers since the late 19th century. Grown only in a few parts of Central America, this wood is responsible for the unique sound of the marimba. But in 2008 the tree was added to the Endangered Species List.

Altschul asked, Dr. Frank Kumor, a professor of music at Kutztown University in Pennsylvania, "I hear that it's really a ten-year supply that's left. So, musicians that play the instrument, will they feel a sense of real loss when they can't play on the rosewood?"

"Yes. I think they will," he replied.

Kutztown is the adopted home of all things marimba. The reason for that has much to do with marimba virtuoso Clair Omar Musser. Born in 1901 near Kutztown, he put the marimba in the American spotlight by staging concerts across the country featuring 100 marimbas at a time. He even invented a few of his own.

"I think he really was that type of scientific thinker," said Kumor. "I think that really sort of led to some of the developments that we know."

One Musser development was called it a "celestaphone" – fitting because the bars are made of melted meteorites.

Another Musser original contains a sousaphone bell to amplify the sound.

Whether the future of the marimba depends on another wood or a synthetic product, it's unlikely that this ever-evolving instrument will go away.

And Matt Coe is counting on that: "I'm going to have to keep making marimbas somehow. So, I'll have to come up with an alternative."

Until then, we'll keep listening to this wood as it continues to sing. 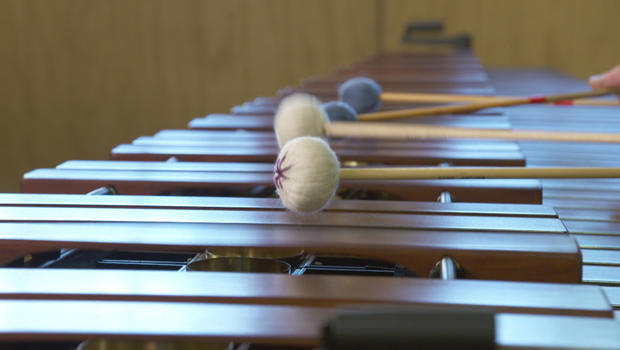 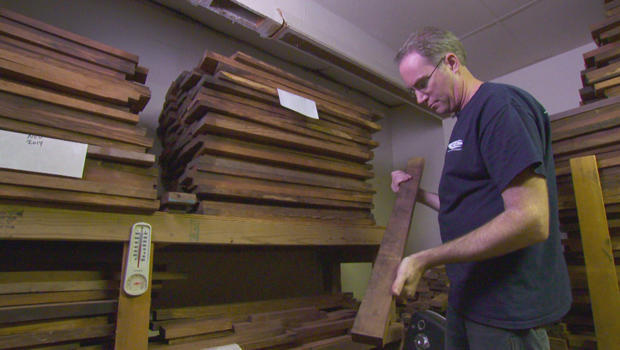 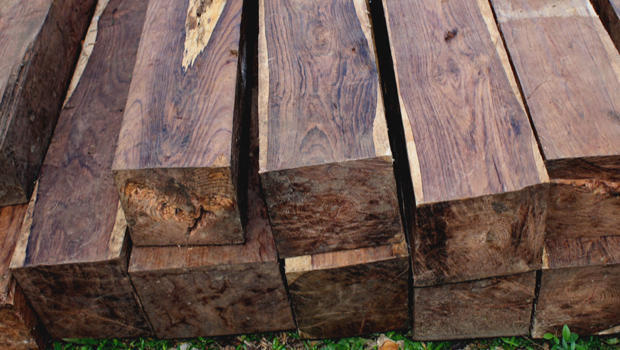 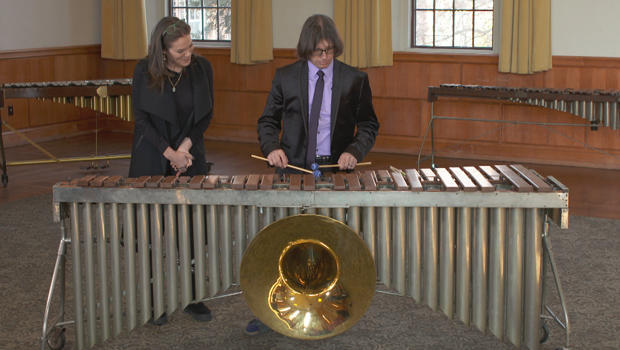