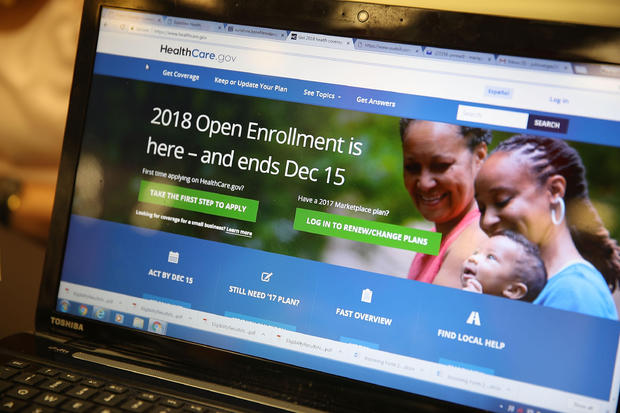 What judge's ruling means for people covered under Obamacare

A federal judge in Texas ruled on Friday the entire Affordable Care Act is unconstitutional due to a recent change in federal tax law. The ruling came a day before the December 15 deadline to sign up for 2019 health coverage through the Affordable Care Act's marketplace.

People can still sign up for coverage through the end of Saturday, as the Trump White House has said that the law will remain in place for now. The ruling is certain to be appealed.

"We expect this ruling will be appealed to the Supreme Court. Pending the appeal process, the law remains in place," White House Press Secretary Sarah Sanders said in a statement.

Sanders said President Trump is calling on Congress to pass a measure that would replace the Affordable Care Act, which is also known as Obamacare. Mr. Trump, who campaigned on repealing the ACA, said in a tweet that Congress must act.

"Now Congress must pass a STRONG law that provides GREAT healthcare and protects pre-existing conditions. Mitch and Nancy, get it done!" he tweeted.

Supporters of the law immediately said they would appeal. California Attorney General Xavier Becerra expressed confidence that the ruling could be overturned, saying the "ACA has already survived more than 70 unsuccessful repeal attempts and withstood scrutiny in the Supreme Court."

"Today's misguided ruling will not deter us: our coalition will continue to fight in court for the health and wellbeing of all Americans," said Becerra, who is leading a coalition of states defending the ACA.

Democrats will also have the majority in the House next year. Democratic Leader Nancy Pelosi, the presumptive speaker of the House of the incoming Congress, said that the House "will move swiftly to formally intervene in the appeals process to uphold the life-saving protections for people with pre-existing conditions and reject Republicans' effort to destroy the Affordable Care Act." This resolution would allow the House general counsel to defend the health care law on the chamber's behalf.

Democrats were able to retake the House in large part because they campaigned on health care issues, warning that Republicans would try to strip away some of the more popular provisions of the ACA, such as protection for pre-existing conditions. Around 130 million people in the United States have pre-existing conditions, and without the ACA, insurers would no longer be required to cover those conditions.

If the law is invalidated, it could scrap other well-liked sections of the law, such as the part that allows parents to keep young adult children on their health care coverage until age 26.

Some Democrats in the House and Senate support some version of Medicare-for-All. Progressives in Congress may take the opportunity to try to pass a more comprehensive health care bill, although with Republicans still controlling the Senate, such a measure could die in the House.

At issue in the case was the individual mandate, which requires people to have health insurance. The penalty for not having insurance was dropped to $0 in the most recent tax legislation, potentially undercutting the Supreme Court's decision in 2012 that the Affordable Care Act was constitutional because of Congress' ability to tax.

With no penalty, there's no tax, the plaintiffs, a coalition of Republican-led states, argued in the Texas case. The plaintiffs also argued that the individual mandate is so essential to the entire law, so that if it's unconstitutional, the rest of the law must also be thrown out. U.S. District Court Judge Reed O'Connor agreed on that point, too.

Jesse Weber, an attorney and anchor on the Law & Crime Network, told "CBS This Morning Saturday" that the ruling was not unexpected.

"The Affordable Care Act was all built on that penalty," Weber said. The case will now likely go to the Supreme Court, where the five justices who previously voted to uphold the ACA are still sitting. However, Weber noted that the court now has a conservative majority, with the confirmation of Supreme Court Justices Neil Gorsuch and Brett Kavanaugh under Mr. Trump.

"Everyone in 2019 is probably OK, because the appeals process takes some time," Weber said.

–With reporting by Caroline Linton 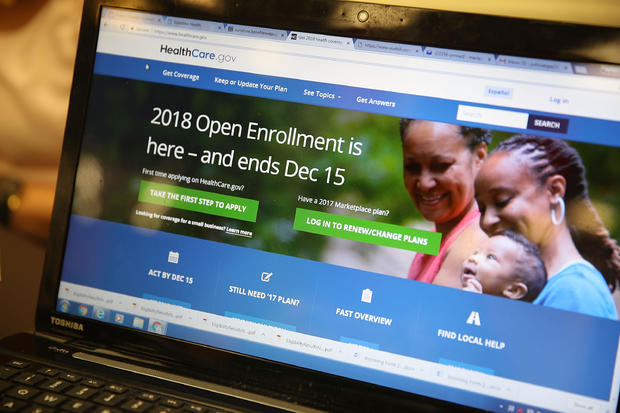 Major winter storm could develop into bomb cyclone over the weekend