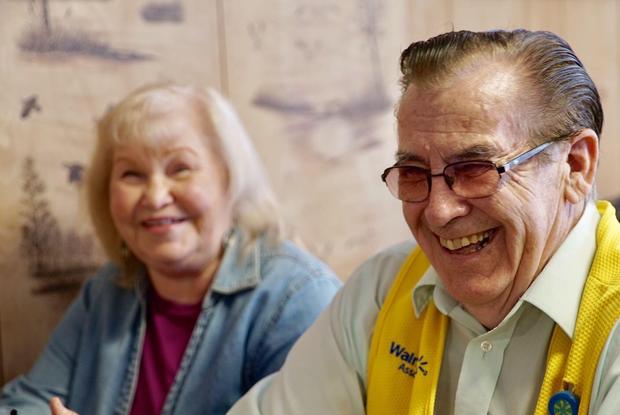 By Mark Strassmann CBS News December 12, 2018, 6:40 PM "I blame myself": Retirement remains out of reach for millions of Americans

WAGONER, Okla. — For the first time since the 1940s, Americans are reaching retirement age in worse financial shape than their parents. An estimated 10 million people older than 65 are still working — an increase of 240 percent since 1985.

"If I had planned harder when I was younger and if things had went better, I wouldn't be going to work this morning. I'd be going fishing or I'd be going hunting," said Tom Coomer. "Or I would be … going on a little trip somewhere."

"That's in my mind a lot and I blame myself for it."

At 80 years old, Coomer is still working as a part-time greeter five days a week at a Walmart in Oklahoma. Coomer is one of the nearly 10 million Americans over 65 who are still working.

Coomer is a kidder, but why he's still working is no joke.

"When you lose your retirement at a big place like McDonnell Douglas, you need a job," he said.

In 1994, aerospace manufacturer McDonnell Douglas closed its plant in nearby Tulsa. Coomer, a machinist, had worked there for 29 years.

"All of a sudden, the loudspeaker come on and it said, 'Attention, McDonnell Douglas will close in 60 days.' And I mean, we stopped and looked at each other and thought, 'What in the world?' And to me, that was just like you had walked up and slapped me in the face," Coomer said.

He was 56 years old with an eighth-grade education and one year shy of a full pension. Financially, the Coomers have never recovered. Over the years, they burned through retirement savings and downsized their house and lifestyle, but still have a mortgage they can never pay off.

The average American over 65 lives on about $4,125 a month. With his Walmart checks, their Social Security, and his partial pension, Tom and Ellen Coomer live on around $3,100 a month.

Tom's wife of 63 years has four heart blockages and diabetes. He checks on her every work break.

"Never get her out of my mind, had her too many years. I can't afford to lose her," he said.

"He likes to work and needs to work. But I feel guilty, too, because he's having to work at his age," Ellen Coomer said.

"It hurts me that I can't do for her what I wanna do," Tom said. "I was right at the door, but I never did get to go through it." 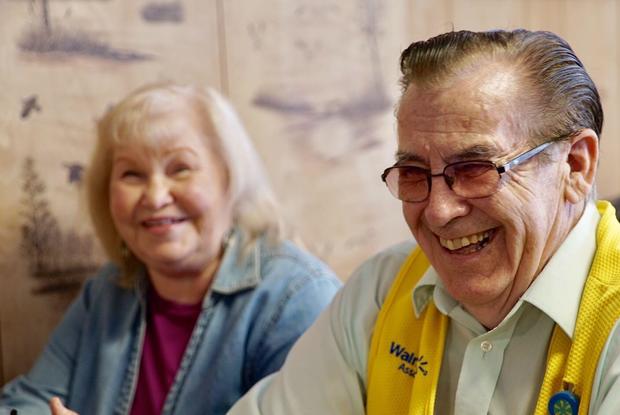