Kathie Lee Gifford is opening up about her decision to leave "Today." On Wednesday, the co-host explained why she is stepping down from the show next April, saying that she actually approached her bosses about leaving nearly two years ago.

Gifford said on "Today" that she wanted to work on other things. "All these other projects have been bubbling up in me, and so exciting — the movies and music and just so many wonderful things. And I need the time for them to do them properly," she said. Gifford stars in the upcoming movie "Love Me to Death," which she also wrote. Gifford also wrote and performed a song of the same name.

Gifford said she originally wanted to leave her job at "Today" this past April — her 10-year anniversary at the show.

"So that was the arrangement until we had some turmoil here in our midst," she revealed, likely referring to former host Matt Lauer's ouster after he was accused of sexual assault.

Gifford said her bosses asked her to postpone her departure.

"I said, I don't want to leave, I just have to do my other stuff. So I said if you guys can work it out for me, that I can still do my projects, I'll stay," she said. "And I was thrilled with that decision, but now there are like six other projects."

Gifford and her longtime co-host Hoda Kotb gushed about each other.

"Whoever gets the privilege of sitting next to you is going to have the time of their life, and the friend for life," Gifford told Kotb.

Gifford's last day on "Today" is scheduled for April 7, 2019. No replacement has been announced. 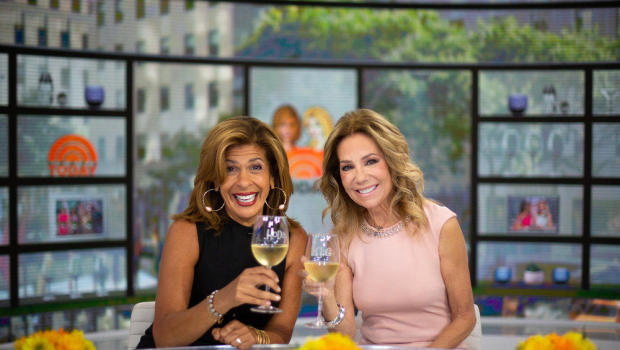 What to watch for at San Diego Comic-Con 2019