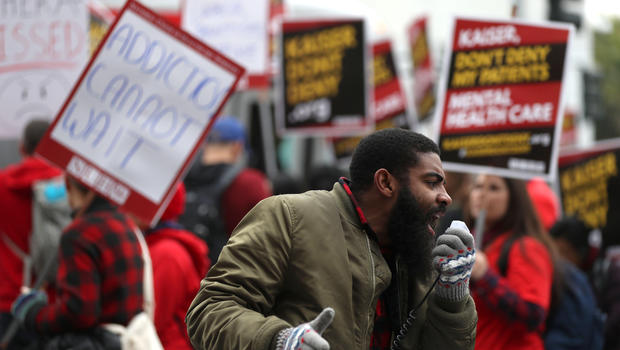 San Jose, Calif. — A Kaiser spokesperson confirmed Tuesday that non-urgent surgeries were being canceled as a result of a five-day strike by the hospital's mental health therapists, CBS SF Bay Area reports.

Laura Adams, who was scheduled to have heart surgery Tuesday morning, received a phone call the day before from a Santa Clara Kaiser employee informing her that it could be months before doctors could perform the operation.

"People could die because of this," Adams said. "I was very upset because she told me it could be February, March before they could get me in."

Adams said that although it is not life-threatening, she has an irregular heartbeat and was looking forward to a surgery that had a 70 percent chance of fixing her health issue.

Adams is among the Kaiser patients scheduled this week for surgery who will not be going under the knife due to the hospital's strike. Thousands of Kaiser Permanente mental health professionals throughout California started a weeklong strike Monday over staffing levels and pay.

About 4,000 psychologists, therapists, social workers, psychiatric nurses and other medical professionals represented by the National Union of Healthcare Workers say they will picket through Friday.

Kaiser Chief Executive Nurse Michelle Gaskill-Hames said in a statement that although nurses weren't on strike, they decided to join the mental health therapists walking the picket line, which has now impacted medical services.

"Not all surgeries are being postponed. Surgeries are dependent upon appropriate staffing," Gaskill-Hames said in her statement. "We apologize to any patient whose non-urgent surgery has been postponed and will make every effort to reschedule promptly." 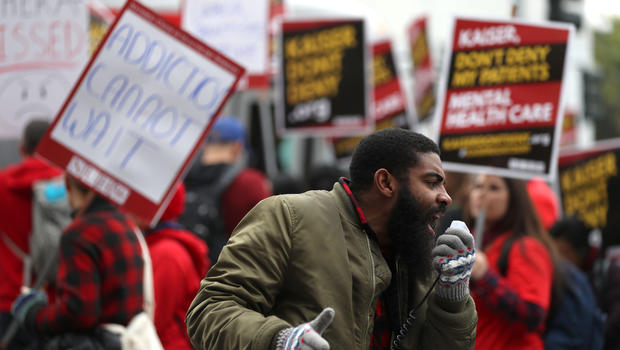 U.S. and NATO formally respond to Russian demands on Ukraine amid...

Travel expert Peter Greenberg on how to plan for big trips...