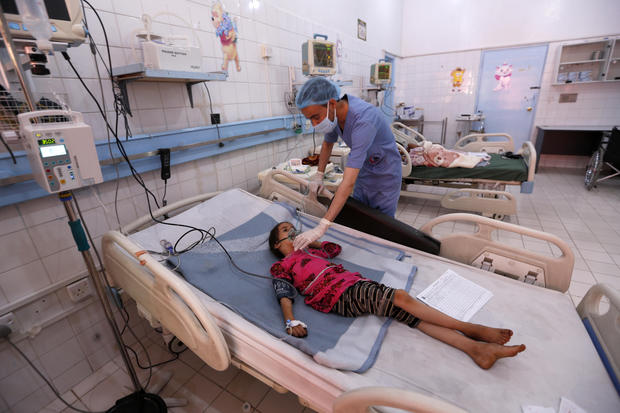 Aden, Yemen — Three-year-old Yussuf Adel escaped some of the fiercest fighting in Yemen's civil war. He and his mother made it to the southern city of Aden.

But he's not out of danger. Hiding from bombs and bullets meant Yussuf didn't get his childhood vaccinations, and now he has diphtheria.

Before diphtheria was largely brought under control through the introduction of a vaccine in the late 1920s and early 1930s, it was known for killing children. The highly infectious respiratory disease creates a layer of dead cells in the throat and nose, which can block an airway

Such diseases pose little threat in conflict-free areas like the United States, thanks to herd immunity provided by widespread vaccinations. In the U.S., the first vaccine against diphtheria is commonly administered to infants when they are two months old.

Yussuf's mother, Wafak Hossein, told CBS News she was too afraid of the fighting in their embattled home town of Hodeida to take her son to get his shots. Now, in the relative safety of government-held Aden, he is able to get the medical help he needs.

As he cried and struggled for breath, doctors at al Sadaqa Hospital in the city said they think his case was caught in time.

Yussuf may be one of the lucky ones. The doctors told CBS News that a quarter of the 50 children with diphtheria who were admitted to their hospital this year did not survive.

"It's a disease that's quite complicated to treat," said Charles Gaudry, head of Doctors Without Borders' program in Yemen. "Drugs are not that available on a global level for that, and a lot of the expertise of how to treat it and how to confirm the diagnosis with lab tests is super complicated in Yemen."

Even before the conflict, "there was a bad situation" in terms of access to medical care, Gaudry said. Now, it's "getting worse and worse and worse, as long as this war goes on." 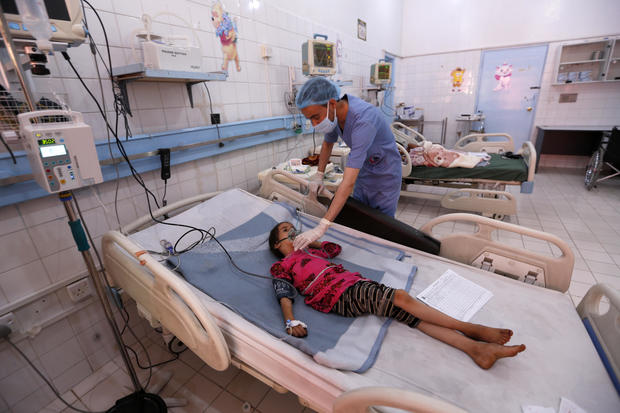