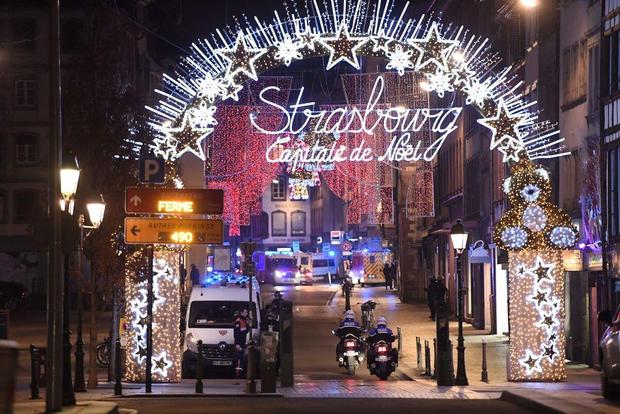 PARIS — A shooting in the French city of Strasbourg killed four people and wounded at least 11 others, authorities said. The shooting sparked a major security operation around a world-famous Christmas market on Tuesday. The gunman, who is at large, has been identified and had been flagged as a suspected extremist, officials said.

The 29-year-old suspect is a resident of Strasbourg, a law enforcement source told CBS News. His home was raided Tuesday morning regarding a previous investigation, the source said.

French prosecutors said a terrorism investigation was opened, though authorities did not announce a motive for the bloodshed. The city is home to the European Parliament, which was locked down after the shooting.

Interior Minister Christophe Castaner told reporters that the gunman has been identified, and had a police record for common crimes. He said several of the wounded were in critical condition and that he was heading to Strasbourg.

The death toll, first reported as one, rose to four by late Tuesday, according to two police union officials. One official, Stephane Morisse of union FGP, said the alleged shooter was wounded by soldiers guarding the market.

Images from the scene show police officers, police vehicles and barricades surrounding the sparkling lights of the market. Some Strasbourg residents reported on social media that they heard gunfire in some parts of the city cente

Peter Fritz, an eyewitness, told CBS News he was in the area when the shooting broke out. "I saw a person with apparently two shots into the head lying on the bridge here," he said.

"We tried to engage in resuscitation activities. After 45 minutes, we stopped the resuscitation effort because a doctor told us over the phone that it is senseless," Fritz said.

European Commission President Jean-Claude Juncker said that "my thoughts are with the victims of the shooting… Strasbourg is like no other a city which is a symbol of peace and European democracy."

President Emmanuel Macron adjourned a meeting at the presidential palace Tuesday night to monitor the emergency, his office said, indicating the gravity of the attack.

Strasbourg, about 310 miles east of Paris, is on the border with Germany. The drama recalled a millennial terror plot on Strasbourg's Christmas market that still marks the collective memory. Ten suspected Islamic militants were convicted and sentenced to prison in December 2004 for their role in a plot to blow up the market on New Year's Eve 2000. 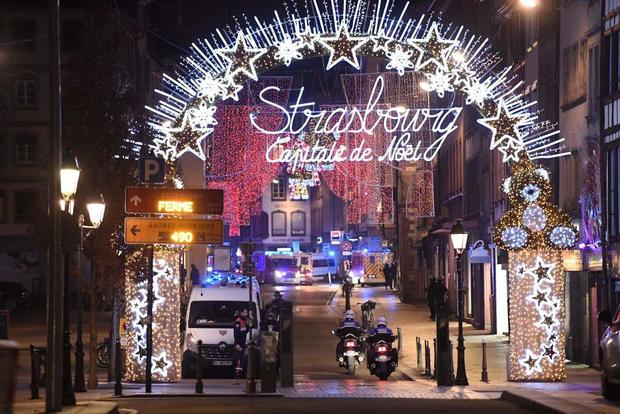 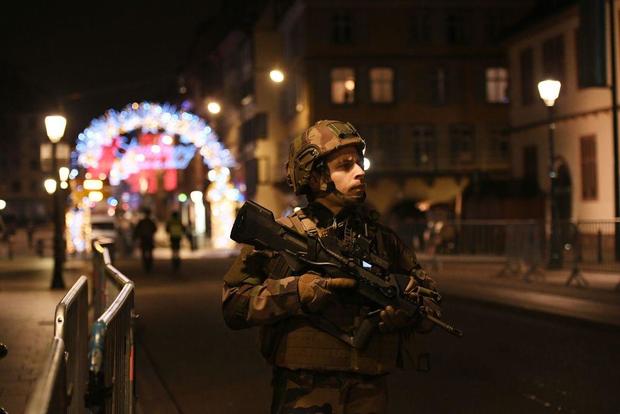 Parliament votes against a new referendum on Brexit