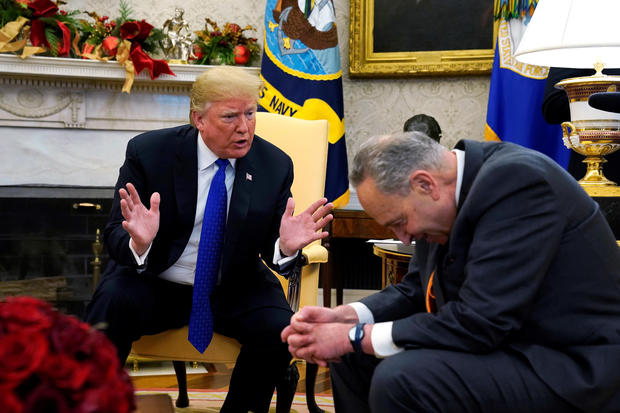 By Kathryn Watson CBS News December 11, 2018, 12:44 PM "I am proud to shut down the government for border security," Trump says in Oval Office "tantrum" with Schumer, Pelosi

An Oval Office meeting with President Trump, Senate Minority Leader Chuck Schumer and presumptive incoming Speaker of the House Nancy Pelosi Tuesday spiraled out of control over funding the border wall Tuesday, in what Schumer described as a Trump "temper tantrum."

With a potential government shutdown looming less than two weeks away, Pelosi told Mr. Trump, "you will not win" on the border wall. The president demanded border wall funding — and said he's not afraid the shut down the government over it. In fact, he said, he's proud to do so, and will take credit for it.

Mr. Trump is pushing for $5 billion for his border wall — Democrats don't want to give him much more than $1 billion. Government funding runs out Dec. 21, days before Christmas.

Mr. Trump began the meeting by welcoming Pelosi to the Oval Office, and noting he hopes Democrats can work with Republicans on passing criminal justice reform legislation. But that was the friendliest point of the meeting.

From there, the roughly 13 minutes of discussion White House reporters were allowed to see dissolved into Mr. Trump demanding border wall funding, and Schumer and Pelosi saying he won't get it.

The Democrats questioned whether airing their grievances on national television was the best way to handle their differences. But Mr. Trump insisted he wanted "transparency."

Vice President Mike Pence, meanwhile, looked on and said nothing.

There were warning signs the meeting might not go well.

Mr. Trump fired off a series of tweets Tuesday morning blasting Democrats and urging them to secure the border. Mr. Trump claimed Democrats "for strictly political reasons and because they have been pulled so far left, do NOT want Border Security."

"I look forward to my meeting with Chuck Schumer & Nancy Pelosi. In 2006, Democrats voted for a Wall, and they were right to do so. Today, they no longer want Border Security. They will fight it at all cost, and Nancy must get votes for Speaker. But the Wall will get built," the president tweeted.

Earlier this year when the president met with Schumer behind closed doors, he appeared to have reached a deal on protecting recipients of the Deferred Action for Childhood Arrivals (DACA) program, in exchange for border wall funding. Mr. Trump ultimately rejected that. The government shut down. 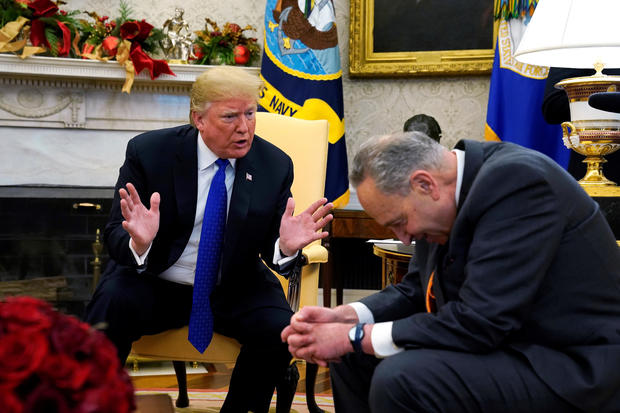 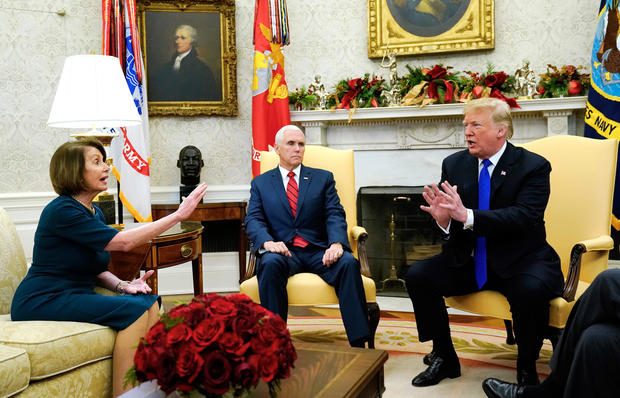