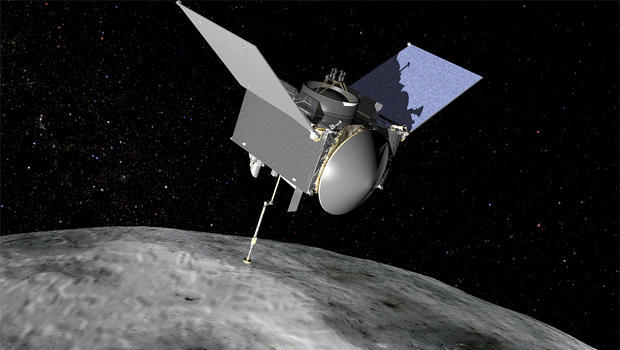 A NASA probe that reached a small asteroid called Bennu earlier this month has detected hydrated minerals across the small body's rocky, boulder-strewn surface, indicating the activity of water in the distant past, researchers said Monday.

"Why is this important? That's because to get hydrated minerals in the first place, to get clays, you have to have water interacting with regular minerals," said Amy Simon, a researcher at the Goddard Space Flight Center in Greenbelt, Md.

She discussed initial findings from two spectrometers aboard the OSIRIS-REx spacecraft during a briefing with reporters at the fall meeting of the American Geophysical Union in Washington.

"Once you've made the clays, they can actually bond and store some of that water in there, make it water bearing, so these hydrated minerals have evidence of liquid water in Bennu's past," she said. "So this is really big news."

Dante Lauretta, the principal investigator of the OSIRIS-REx mission, said the team targeted Bennu specifically because it was a good candidate for water-bearing minerals and possibly, based on studies of meteorites found on Earth, a source of organic compounds necessary for life as it is currently understood.

"That remains to be seen," he said, "we have not detected organics (yet). But it definitely looks like we've gone to the right place."

Discovered in 1999, Bennu is a 1,600-foot-wide carbonaceous asteroid in an orbit that carries it nearly to the distance of Mars and just inside the orbit of Earth. Because it crosses Earth's orbit, it is classified as one of the top two most potentially hazardous asteroids yet detected with a 1-in-2,700 chance of impacting the planet late in the 22nd century.

The $1 billion OSIRIS-REx mission — the acronym stands for Origins, Spectral Interpretation, Resource Identification and Security-Regolith Explorer — was launched in September 2016 and reached reached Bennu on Dec. 3. If all goes well, the spacecraft will be maneuvered into orbit around the asteroid at the end of the year.

That will be an accomplishment in its own right. The asteroid's gravity is 100,000 times less than Earth's and it will be the smallest body ever orbited by a spacecraft.

OSIRIS-REx is designed to study Bennu in unprecedented detail and to collect rock and soil samples for return to Earth in 2023. Along the way, scientists hope to learn more about what might be needed to divert or break up an asteroid on a collision course with Earth.

"The presence of hydrated minerals across the asteroid confirms that Bennu, a remnant from early in the formation of the solar system, is an excellent specimen for the OSIRIS-REx mission to study the composition of primitive volatiles and organics," Simon said in a NASA statement.

"When samples of this material are returned by the mission to Earth in 2023, scientists will receive a treasure trove of new information about the history and evolution of our solar system."

Scientists are already thrilled with the probe's initial observations.

The asteroid's surface, as revealed by OSIRIS-REx, is littered with boulders, large rocks and pebbles. Many of the larger boulders, some more than 150 feet across, appear to be lightly resting on the surface while cliff-like outcrops of larger rock formations can be seen poking upward.

At present, the spacecraft's camera is sending back pictures with a resolution of 13 inches per pixel. By the time the probe attempts to collect samples in July 2020, the resolution will be fractions of an inch per pixel.

"It really looks like a pile of rubble," Lauretta said. "It probably originated from a larger asteroid. We have some working hypotheses that it came from a much large body on the order of a hundred kilometers in diameter. And that was probably shattered in a catastrophic collision on the order of 800 million to a billion years ago, and Bennu is just an accumulation of rubble from that event."

The OSIRIS-REx team plans to spend most of next year mapping Bennu in exquisite detail. Then, they plan to spend several months rehearsing the sample collection operation. If all goes well, the spacecraft will move in so a sample collector on the end of an extended robot arm gently touches the surface, pulling in up to 4.4 pounds of rock and soil.

After backing away, the collector will be placed inside an aerodynamic sample return capsule for the long flight back to Earth and a landing in Utah in 2023. 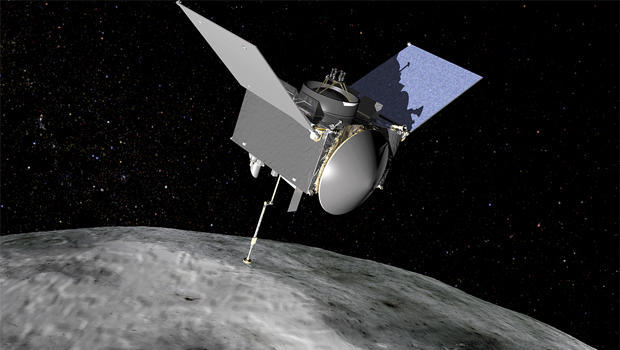 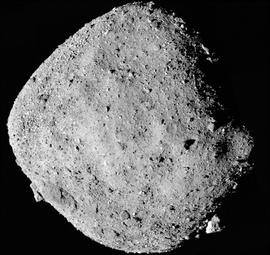 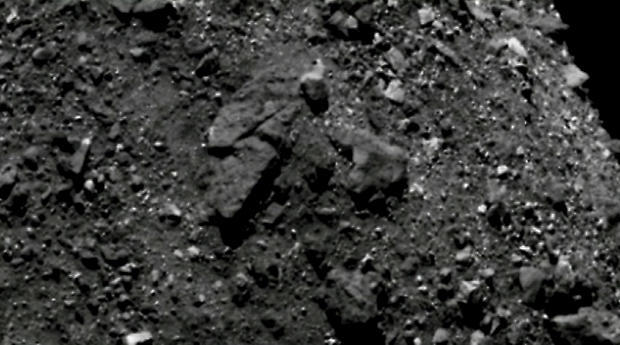