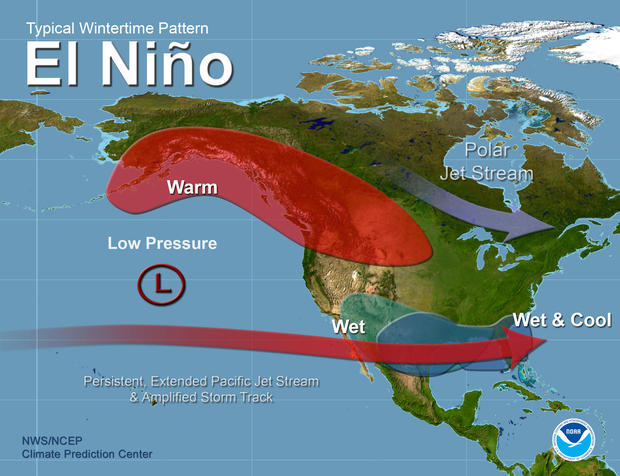 Heavy rain and mudslides in California, flooding in Texas, and up to 2 feet of snow in North Carolina — all these recent weather events are symptoms of the infamous climate phenomena called El Niño. For months now we have been on the verge of an official El Niño, but so far the climate community has not pulled the El Niño trigger. Officially there is an "El Niño Watch," but an El Niño Alert may be issued any day, indicating the phenomena has officially begun.

The El Niño phenomenon is, by definition, a periodic warming of the waters in the equatorial central and eastern Pacific Ocean. When this happens vast amounts of heat is released into the atmosphere. This heat disrupts normal weather steering patterns, which can have big consequences to global and regional weather.

El Niño expert Tony Barnston from the International Research Institute (IRI) for Climate and Society at Columbia University says some El Niño criteria are still missing. "Although the sea surface temperatures are clearly at El Niño levels, the atmosphere is just not yet participating much." In other words, right now the ocean criterion is met, but the atmosphere has yet to respond in the way it should.

Lisa Goddard is the director of the IRI, which specializes in climate forecasting. She says the equatorial Pacific warming has been very broad, and less specific to the typical El Niño area. As a result there is a lack of temperature gradient between the west and east Pacific. That seems to be limiting the equatorial atmosphere response.

But just north of the equator, south of Hawaii, there is some hint that the atmosphere is starting to join the party as clusters of thunderstorms are developing. Barnston hypothesizes this may be a culprit fueling the strong Pacific jet stream, resulting in a very active El Niño-like storm track across the southern U.S.

The consequences of every El Niño are different depending on the strength of the warming in the equatorial Pacific and the interaction with other weather patterns around the globe. However there is a common theme to most El Niños in the U.S., and that is a strong southern jet stream, meaning frequent storms with heavy rain and snow from Southern California to Texas and Florida. Often on the northern edge of these systems, during winter, you can get some very heavy snowfalls.

On Sunday, western parts of North Carolina and Virginia experienced a once-in-a-decade type snowfall with amounts of 1 to 2 feet piling up in some areas.

But before the storm could continue up the East Coast, where it would have made for a paralyzing Nor'easter from Washington D.C. to Boston, it moved out to sea. Very typical of El Niño.

It doesn't always happen this way. Although many storms do escape off the Southeast coast, El Niño winters are known for the occasional blockbuster Nor'easter, when the active southern jet stream manages to merge with Arctic air plunging south from Canada.

Considering the U.S. is already experiencing El Niño-like impacts, with no official El Niño, what does this mean for the upcoming winter? That depends on future developments in the Tropical Pacific. If El Niño conditions continue to progress we may see a strong sub-tropical jet stream establish itself from the area near Hawaii, with moisture careening into the Southwestern U.S. This type of atmospheric river event is commonly known as the Pineapple Express and can invigorate an already stormy weather pattern.

So when will we know if El Niño has formed? According to Barnston, a decision is coming soon. By 5 p.m. Monday the group of U.S. scientists charged with evaluating and forecasting El Niño will cast their votes. On Thursday they will announce their decision to the public.

The decision as to whether to declare an official El Niño may seem like semantics, but it can be life or death in the developing world. El Niño events can be extremely impactful to agriculture, livelihoods and local economies across areas like Indonesia, South America and Africa. In March of this year the U.N. adopted standard operating procedures (SOPs) to guide humanitarian action before an El Niño or La Niña event.

Andrew Kruczkiewicz, a researcher at Columbia University working with the United Nations to establish early action plans, says these SOPs establish a guide for what actions need to be taken, by whom and when, once there are warning signs of an impending event.

Action plans like these are becoming even more important as climate change becomes more pronounced. A recent paper published in Geophysical Research Letters, a scientific journal, finds that in a warmer world El Niños are likely to cause even more extreme swings in climate-related phenomena like heat waves, rainfall and wildfires, regardless of changes in El Niño intensity.

But El Niño intensities may also change. In a commonly cited paper in the scientific journal Nature Climate Change, the authors find evidence that global warming may double the frequency of extreme El Niño events in the coming decades, from once every 20 years to once every 10 years. If this projection is right, with more extreme El Niño events humanity should prepare for more extreme swings in natural disaster. 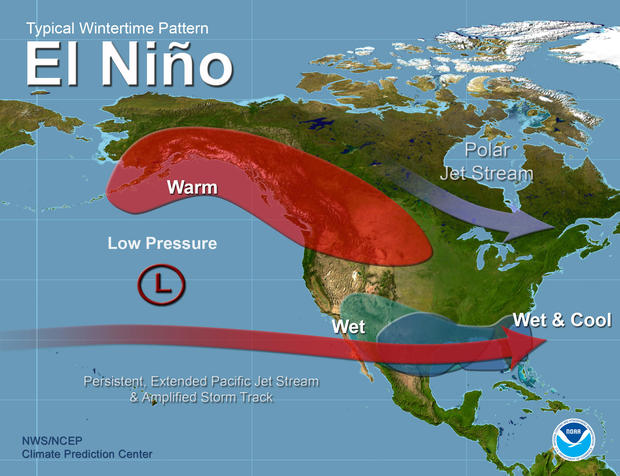 Willie O’Ree, the first Black player in the NHL, to be...

What you need to consider when looking to buy a home

SpaceX stages California launch — and landing — in a new...