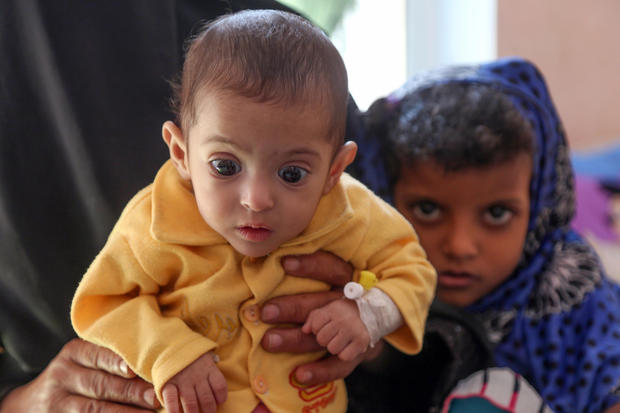 UNITED NATIONS — Just back from Yemen, the U.N.'s emergency relief coordinator said Monday, "20 million Yemenis are hungry," and another quarter of a million face catastrophic consequences from a lack of food. Under-Secretary-General Mark Lowcock told reporters at the world body's headquarters in New York that there was a "dramatic deterioration" of the crisis in Yemen, where 15 percent more of the population faces hunger than last year.

Many Yemenis have fled. CBS News' Elizabeth Palmer visited the Mishkhafa refugee camp in southern Yemen that houses roughly 2,500 people, all of whom fled fighting elsewhere in the country.

Aid organizations haven't been able to use the Red Sea port of Hodeida and have instead been forced to bring supplies for the north of the country through the southern port of Aden. "Hodeida port is a lifeline," Lowcock said on Monday. "It's not the only port, but our position is that we want all the land ports and all the sea ports to be open."

Ending the fighting in the key port city has been discussed at truce talks in Rimbo, Sweden, between the Iran-backed Houthi rebels and the Saudi-backed government of President Abed Rabbo Mansour Hadi. "The vast majority of the people in Yemen are in Houthi-controlled areas, and Hodeida is the way you get food into those people," Lowcock said.

U.N. special envoy Martin Griffiths has been positive about the talks. Meanwhile, an inter-agency report from the U.N.'s humanitarian divisions described a crisis.

"For the first time, food security assessments have confirmed the worst levels of hunger in Yemen," the report said. Henrietta Fore, executive director of the U.N. children agency, said, "In a war waged by adults, it is the country's children who suffer first and suffer most … thousands of Yemeni children could die from severe malnutrition if conditions, including conflict and economic crisis, do not improve soon."

And World Food Program Executive Director David Beasley was more concerned than he has been, having traveled to Yemen on several occasions. "This report is an alarm bell that shows hunger is rising," Beasley said, "and we need a massive increase in aid and sustained access to all areas in Yemen in order to rescue millions of Yemenis." 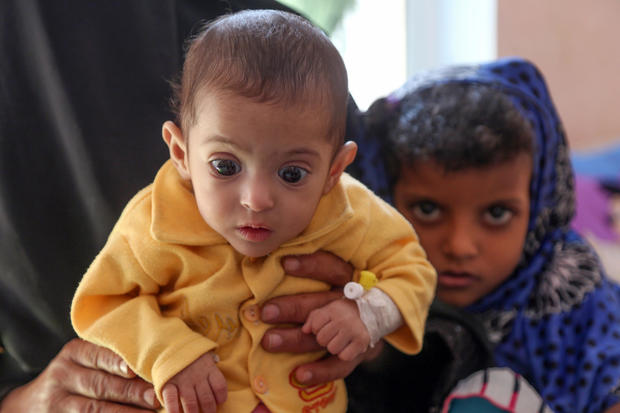