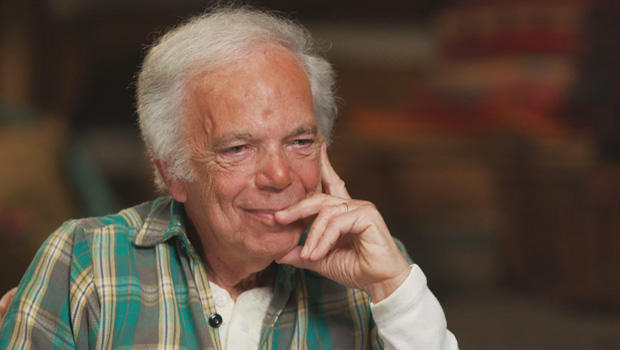 "I saw this as a land that I loved; there's this sense of freedom," said designer Ralph Lauren. At the wheel of a rusty pickup truck that's seen a lot of unpaved roads, Lauren surveys his 20,000-acre Colorado spread.

In a rustic cabin nestled in an open field, and in the majestic mountain vistas, he found his muse, his inspiration.

"It's about showing people, in America, wherever I was, that this is beautiful," he said.

And for 50 years, that passion for timeless style, elegance and romance has informed a distinct fashion sensibility.

He has outfitted the U.S. Olympic team since 2008, and dressed Nancy Reagan, Hillary Clinton, Michelle Obama and Melania Trump.

But growing up in the Bronx, Ralph Lauren did not foresee a future in fashion.

"My mother and father wanted me [to be] a doctor or a lawyer or something that was safe, a teacher," he told Jane Pauley. "So I think I'm very lucky. I could have been the doorman. I could have been anybody. And I think about that all the time."

"You weren't preparing yourself for greatness?" Pauley asked.

"Oh, I prepared myself for greatness in my mind. I did what a lot of kids did: go to the movies on Saturday afternoons and come out thinking I'm dueling with my brother or my friends and think, 'I'm Tarzan!' So, there was a lot of dreaming in the Bronx. You didn't know what you were gonna be."

But what Ralph Lauren had, even as a kid, was an eye for style.

Referring to a photo of Ralph as a boy, Pauley said, "What I love about this picture is, pretty much everything. It's an outfit. It is confidence. And it also looks like a Ralph Lauren picture from your future."

"When you were styling, with your brother's hand-me-downs, and for someone who was going to be in your business, that thing, that spark, you saw it young."

"That's true, but I didn't know. I never knew this was fashion."

And yet as a salesman in Manhattan's garment district in his early 20s, he had an epiphany about a menswear staple – the tie. It hadn't changed much in generations. "Neckties were a very important product for men. They expressed their sensibility. They can't buy new suits, but they can change their ties."

His tie was wider. Bolder. Pricier. And he called his brand Polo, for a reason: "Polo represented a lifestyle. And the people that played polo were international and very elegant."

Ralph Lauren and Polo came to represent a world of luxury, whether rustic or refined, winning a lot of fans … and not a few critics.

"The ones that didn't love it so much, what were they saying?" asked Pauley.

"They didn't get it. But evidently there must have been something I had to say. 'Cause 50 years in the fashion business that is a trendy, moving business, it's really hard to do that."

And it's been a big year for Lauren. This fall, his golden anniversary runway show was the glamorous highpoint of New York Fashion Week.

He was recently named an honorary knight by Queen Elizabeth II. He threw out the first pitch at Yankee Stadium in September. And with a company now worth more that $10 billion, Ralph Lauren is a bonafide global icon.

But Ralph Lauren was not the name he was born with. Until the age of 19, he was known as Ralph Lifshitz. "In the world I was growing up, the word s*** was a tough word," he said. "It was in my name. So, that name change was not about being Jewish or not Jewish or being something else."

But for this designer, the name on the label isn't what matters most.

"I'm not about what I think is sometimes a fashion victim, who has to wear a label to prove that she's got taste. If you enjoy something, I like that, 'cause you're expressing who you are."

And if you presumed that Ralph Lauren would be wearing "Ralph Lauren" for our interview, we'd have both been wrong.

"This shirt, I bought at K-Mart," he said. "This is living proof of what I believe in. I love the aging of it. I love the rips. I love it all."

"I assumed it was!" she laughed.

"No. I happen to like this, 'cause it's the one that I have memories of."

"And how come you chose it for this conversation today?"

"I wanted to look great!"

And at 79, he looks pretty great. But for Ralph Lauren, fashion is not about how clothes make you look; it's about how they make you feel.

He told Pauley, "I feel cooler now than ever."

Why? How? "Because I've enjoyed my career, and I'm still working really hard and well."

Portions of this interview were originally aired on the "Sunday Morning" primetime special on September 14, 2018. 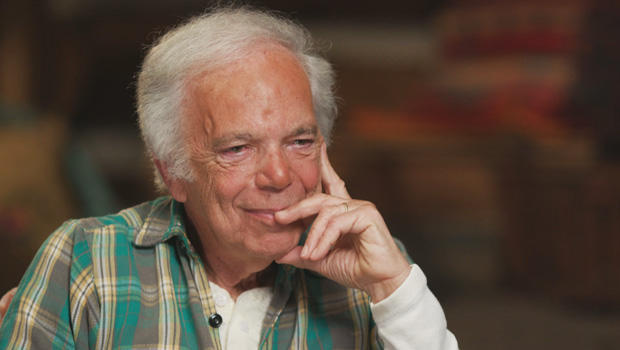 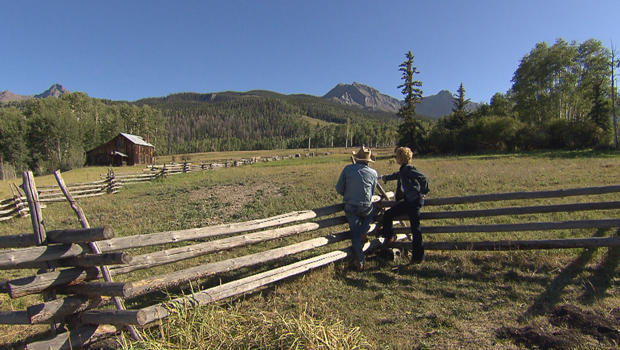 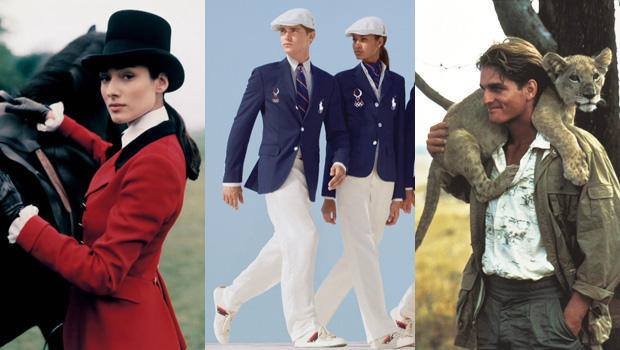 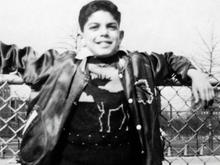 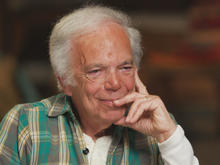 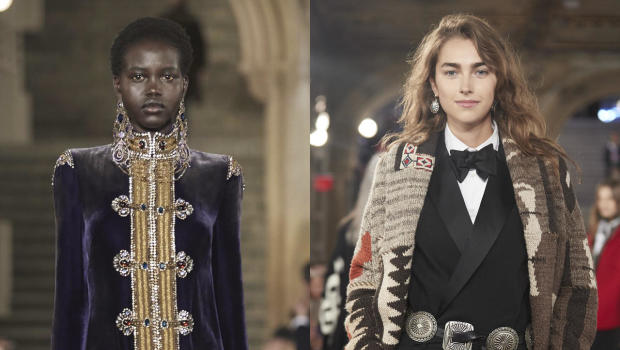 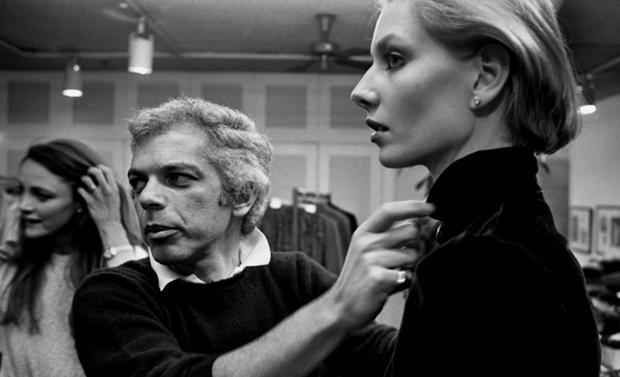