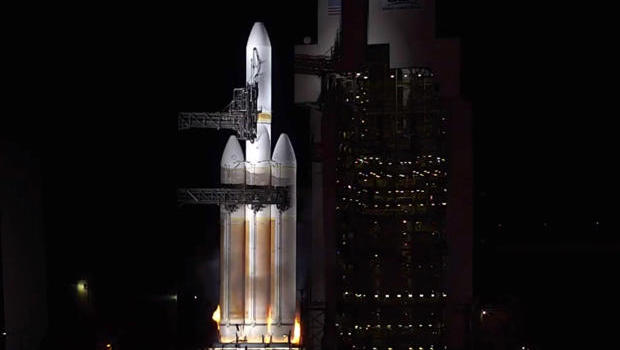 An attempt to launch a classified National Reconnaissance Office spy satellite atop a heavy-lift Delta 4 rocket at Vandenberg Air Force Base northwest of Los Angeles was aborted at the T-minus 7.5-second mark Saturday evening when a problem was detected by computers orchestrating the terminal countdown

Flares had already ignited at the base of the 23-story-tall rocket to burn away excess hydrogen gas, a routine safety precaution, when the abort was ordered. It came a half second before the first of the Delta 4 Heavy's three side-by-side Common Booster Core engines was scheduled to ignite and throttle up to full thrust, followed two seconds later by the center and left-side CBCs.

Instead, a flight controller called out "hold, hold, hold" as the countdown came to a halt. Flames from the hydrogen igniters rose from the base of the rocket as they continued to burn for a few moments, a somewhat scary sight given the 1.6-million-pound rocket was loaded with 465,000 gallons of liquid hydrogen and oxygen propellants.

But United Launch Alliance engineers quickly "safed" the vehicle and re-cycled the countdown to the T-minus 4-minute mark while they reviewed telemetry. A few minutes later, the flight was scrubbed for the day, and engineers begin off-loading the Delta's load of fuel.

ULA did not set a new launch date or provide any immediate details about what triggered the abort. As a result, it was not immediately known what sort of inspections or repairs might be needed before a second launch can be attempted.

This was set to be ULA's ninth launch of 2018 and the second in a row of the huge Delta 4 Heavy. The identity of the satellite payload, known as NROL-71, is classified, but independent analysts speculate it may be an advanced imaging reconnaissance spacecraft bound for an unusual near-polar orbit. 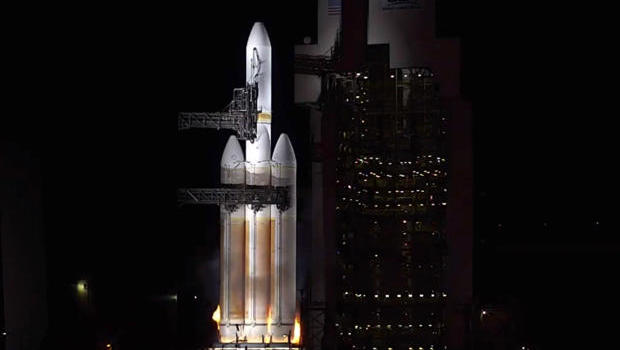