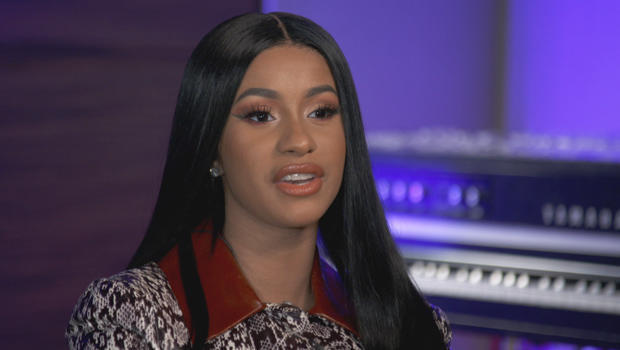 It's been an extraordinary year for Cardi B., the woman who keeps beating the odds. Last summer's smash, "Bodak Yellow", catapulted her to the top of the billboard charts, and she became the first female rapper to have three Billboard #1 singles. But while her music has attracted attention, it's the Bronx native's personality that people can't seem to get enough of.

"You just gotta be yourself," she told correspondent Maurice DuBois. "When I talk, I make a lot of mistakes. Like, I might say words, and the words are not even in the dictionary! But people still like it, because you can tell that I'm saying it from the heart."

Even if you haven't heard her music, chances are you've heard her name. Cardi B is a pop culture phenomenon. Last summer's smash, "Bodak Yellow," catapulted her from virtual unknown to the top of the Billboard charts.

"It hit at 85," she told correspondent Maurice DuBois. "And I just felt like, 'All right, I already did enough.' And then when people was telling me, like, 'There's a possibility of going #1,' I was like, 'Oh, my gosh, if I go number one, this is going to be crazy!'"

And then it did. "I just felt like I was on the top of the world," she said.

The 26-year-old rapper is still on top, with hit after hit, including "I Like It":

She became the first female rapper to have three Billboard #1 singles, and on Friday she was nominated for five Grammy Awards.

But her personality that people can't seem to get enough of. "I feel like people feel like I'm very reachable," Cardi said. "When I talk, I make a lot of mistakes. Like, I might say words, and the words are not even in the dictionary! But people still like it. Because you can tell that I'm saying it from the heart."

The Bronx, New York native has been speaking from the heart for as far back as she can remember. Born Belcalis Almanzar, her nickname was Bacardi. She later shortened it to Cardi B.

Growing up, her bad-girl behavior, including joining a gang, took a toll on her family. "When I was, like, 17, practically almost turning 18 and everything, I got kicked outta my house. I was, like, a very rebellious teenager," she said.

To make ends meet, she found work at a grocery store, the Amish Market in Tribeca, but said she got fired for being chronically late. The manager suggested (brace yourself) she try out at a nearby strip club. "I went the next day, and I got hired at the spot," she said. "And literally in five hours I made my whole check or a little bit more."

Using the alias Camilla, Cardi spent a lot of her time at the Satin Dolls strip club in Manhattan. She showed DuBois her locker at the time, number 10.

"What'd you have in there?" asked DuBois.

"Just my stripper shoes," she replied.

With few career prospects, she made the best of her situation. She acknowledges that stripping isn't a conventional calling, but it worked for her.

"A lot of the women here they taught me to be more powerful," she said. "I did gain, like, a passion and love to performing. It made me feel pretty."

"Did that make you feel powerful?"

Why not? "Because I learned a lot. And I feel like it matured me. My biggest ambition was money. Because that's what these women put in my head: 'Nothing is important but the money.'"

She used that money (she says $200,000) to finance her music dreams. She put out mix tapes, and appeared on the reality show "Love and Hip Hop." She gained some notoriety; but it was her social media savvy that put her on the map, going from 5,000 followers, to 36 million and counting on Instagram. Last year Time magazine named her one of its 100 Most Influential People.

But along with the fame, comes criticism and internet trolls. "When I was, like, a nothing, everybody was rooting. And now that I'm finally here, people have a problem for it. Like, I feel like I work so hard, why do people feel like I don't deserve it?"

DuBois asked, "Do you ever try to say, 'Snap out of it. Just forget about it. Just ignore it'?"

"I do snap out of it. And I do ignore it. It's just like, it drives you insane!"

The other part of fame that drives her crazy, she says, is the constant need to defend herself. This fall, her feud with another top female rapper, Nicki Minaj, resulted in a confrontation at a New York Fashion Week party.

DuBois asked, "Is it embarrassing to be involved in that kind of stuff?"

"It's unnecessary. But am I ever embarrassed about anything that I do? No," she said.

"I think it's bad for business," Cardi replied. "You know, a lotta people like to say, 'All publicity is good publicity.' To me, it's not. Because that takes away of people paying attention to your craft. It makes people not even care about your craft. They just want to see drama."

And the drama continues. In true Cardi fashion, she took to Instagram last week to announce her split from her husband, the rapper Offset. The couple has a daughter together.

But fame does come with an upside. When Cardi and DuBois paid a surprise visit to her old high school, she was welcomed as royalty, and thanked her favorite teacher: "I know that she's strict, but every single day until this day of my life, Ms. Hill was always in my head," she said.

It's been an extraordinary year for the woman who keeps beating the odds. But Cardi B says she remains determined – and hungry for more.

She said, "People just feel like it's a, 'Ha-ha. It's almost over for you.' And it's just like, 'I get up every single time, honey.' And even before this fame stuff, I always get up, all the time."

"People can relate to that," DuBois said.

To hear Cardi B peform "Money," from her album "Invasion of Privacy," click on the video player below. 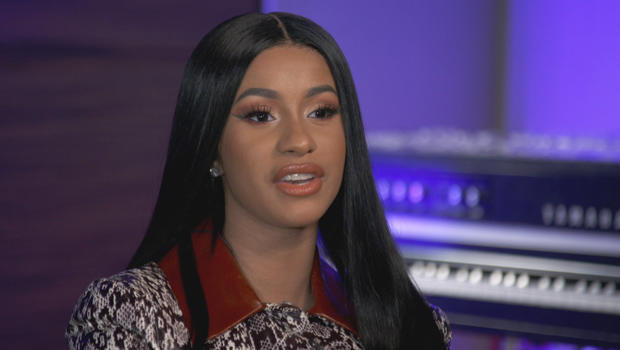 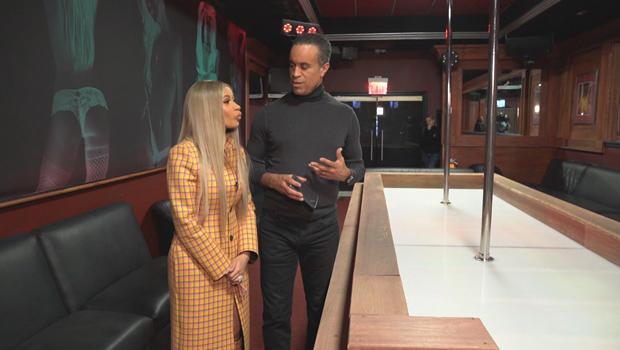 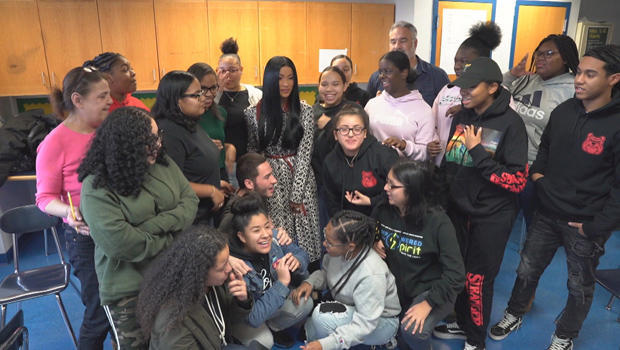