Federal prosecutors in New York City also filed a sentencing memo on Cohen on Friday, saying that Mr. Trump directed payments to two women who claimed they had affairs with Mr. Trump.

The special counsel's memo on Cohen revealed new information about Cohen's attempts to develop a Trump Tower in Moscow, going back to November 2015. It said Cohen had a conversation with a Russian national who offered to provide "political synergy" and "synergy on a government level" between Russia and the Trump campaign and business interests.

The memo also said the Russian national suggested that such a meeting could have "'phenomenal' impact not only in political but in a business dimension as well." However, Cohen never followed up on the invitation.

The U.S. attorney's memo on Cohen confirmed that he "acted in coordination with and at the direction of" Mr. Trump when paying off the two women who allegedly had affairs with Mr. Trump, which the White House has denied. Mr. Trump tweeted Friday that the filings "totally" clear him of any wrongdoing.

Mr. Trump's visit to Philadelphia also comes amid several staff changes. He nominated William Barr to be attorney general and Heather Nauert to be U.S. ambassador to the UN on Friday. He is also nominating Gen. Mark Milley to be the next chairman of the Joint Chiefs of Staff. White House Chief of Staff John Kelly's departure is also believed to be imminent.

Mr. Trump is attending the game between the Black Knights and Midshipman Saturday afternoon. It will be his first time visiting the rivalry game as president. Mr. Trump will be the 10th sitting president to attend the game.

Mr. Trump will be on the field to officiate the coin toss during the game, West Point announced Thursday. 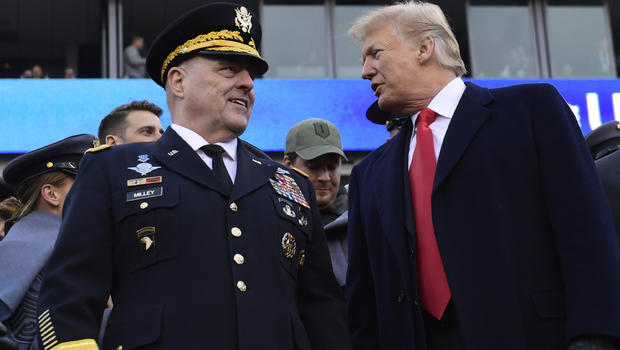 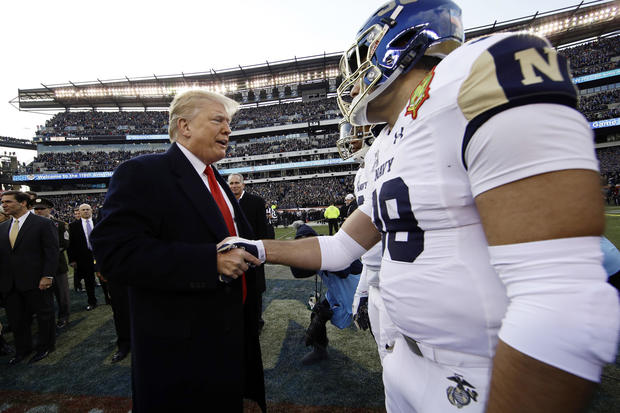 Trump talks all kinds of walls as he fights for border...

Tulsi Gabbard to report for active duty in Indonesia for 2...