The Constitution says you can't be tried twice for the same offense. And yet Terance Gamble is sitting in prison today because he was prosecuted separately by Alabama and the federal government for having a gun after an earlier robbery conviction.

The Supreme Court heard arguments in Gamble's case on Thursday, and the outcome could have a spillover effect on the investigation into Russian meddling in the 2016 election.

At issue is whether to overturn a court-created exception to the Constitution's double-jeopardy bar that allows state and federal prosecutions for the same crime. The court's ruling could be relevant if President Donald Trump were to pardon someone implicated in special counsel Robert Mueller's probe and a state wanted to pursue its own charges against that person.

Supreme Court lawyer Tom Goldstein joked at a Washington event before the term began in October that the high court case should be called New York v. Manafort, a reference to former Trump campaign manager Paul Manafort. Trump has refused to rule out an eventual pardon for Manafort, who has been convicted of federal financial fraud and conspiracy crimes. It's by no means certain that the high court ruling will affect future prosecutions.

But Trump's Justice Department is urging the court not to depart from what it says is an unbroken line of cases reaching back nearly 170 years in favor of allowing prosecutions by state and federal authorities. Thirty-six states that include Republican-led Texas and Democratic-led New York are on the administration's side, as are advocates for Native American women who worry that a decision for Gamble would make it harder to prosecute domestic and sexual violence crimes.

Civil rights scholars at Howard University adopt a sort of middle ground that urges the court to at least preserve the federal government's ability to lead civil rights prosecutions against people who have been acquitted of state charges. Civil rights charges to fight crimes of racial violence have been a key tool for federal prosecutors, especially when Southern juries were unwilling to convict defendants. The most recent example the scholars cited is the successful federal prosecution of Los Angeles police officers who had been acquitted of state charges in the beating of Rodney King.

On the other side, liberal and conservative groups say that the huge growth in federal criminal prosecutions in recent decades makes it urgent for the court to rein in successive prosecutions for the same crime.

Reinforcing the seemingly odd alliances in play on this issue is that the unlikely high court duo of Justices Ruth Bader Ginsburg and Clarence Thomas first suggested in 2016 that the topic "bears fresh examination in an appropriate case."

Gamble is not scheduled for release from prison until 2020, nearly three years later than he would have been freed from conviction on state charges alone, his lawyer, Louis Chaiten, wrote in court papers.

The relevant portion of the Constitution's Fifth Amendment says that no person shall "be subject for the same offense to be twice put in jeopardy of life or limb."

Chaiten said the language is clearly on Gamble's side. "The text of the Double Jeopardy Clause contemplates no exceptions to its blanket guarantee of protection from double prosecution and punishment for the same offense," Chaiten wrote.

The administration countered that the American legal system has long viewed violations of state and federal law as separate offenses, even if they result from the same conduct. The court should not "invite the serious practical consequences of categorically precluding politically accountable officials from ever determining that a separate prosecution is warranted — which would hamstring state, tribal and federal law enforcement," Deputy Solicitor General Jeffrey Wall wrote. The administration's top high court lawyer, Solicitor General Noel Francisco, is not taking part in the case because his old law firm, Jones Day, represents Gamble.

Fordham law professor Jed Shugerman and author Teri Kanefield recently wrote that the Supreme Court case won't be a threat to the Mueller probe no matter how it comes out. They noted on Slate.com that Mueller likely did not file every charge he could have against Manafort, former Trump lawyer Michael Cohen or former national security adviser Michael Flynn. So state prosecutions would be possible, even if Trump were to issue pardons.

Even if others nabbed in the Mueller investigation were pardoned and, as a result of a Supreme Court ruling for Gamble, immune from state prosecution, Mueller has so many major figures cooperating that the danger to his investigation "is probably inconsequential," Shugerman and Kanefield wrote. 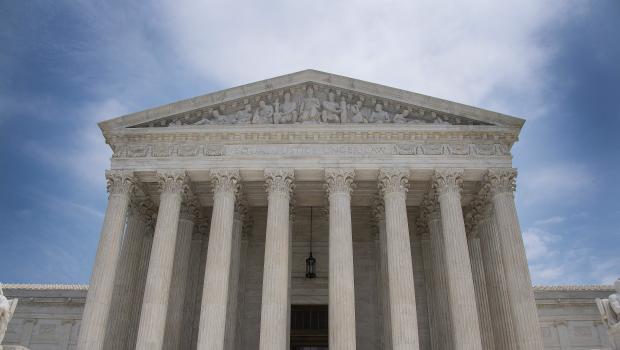