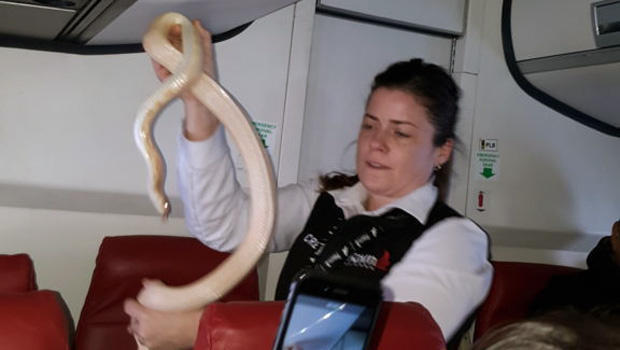 BURBANK, Calif. — A Southwest Airlines jet came to a skidding stop Thursday during heavy rain at Burbank Airport near Los Angeles. If not for concrete blocks designed to crumble and slow down the plane, the flight could have ended much more violently.

The Oakland-to-Burbank 737 stopped just a few feet from a fence and a highway. It took a few minutes for the 112 passengers to realize what happened.

"We started skidding, and then he started braking even more aggressively and then he like, 'braked!'" Yvonne Dorr said.

The Southwest jet wound up in a soft sand-like material placed at the end of the paved runways. It's designed to prevent planes from overshooting even further.

The material wasn't in place nearly two decades ago on the exact same runway when a Southwest jet careened off the runway, injuring several passengers.

CNET's Dan Ackerman on devices and apps that can help you...

Why Cottagecore is so popular